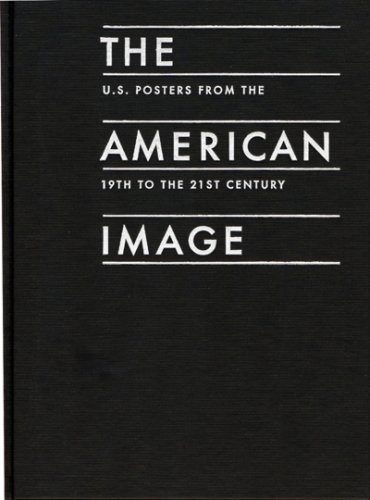 This book is based on a 2006 poster exhibition organized by the Rochester Institute of Technology (RIT). The posters, except for seven, are from the Mark Resnick collection and he contributes an interesting essay about collecting this kind of art. The seventy-eight posters are not the billboard type selling products but creative ideas promoting government and public services, politics, world fairs. rock music et cetera. I thought it was an interesting selection especially those from the mid-thirties to the fifties. Designers back then favored simplicity in graphics and type unlike the more individual design styles which seem standard in the digital age. Design historian Roger Remington, writing in the book's main essay, suggests that now '...imagery and text are combined by a layering process for textural effect, rather than communicating a message.'

There are some old favorites included her: seven by Lester Beall (including two for the Rural Electrification Administration) Charles Coiner's NRA symbol; World Fair posters by Joseph Binder and Nembhard Culin; Jean Carlu's Production; Saul Bass and his Anatomy of a Murder; Milton Glaser's Dylan. Mixed in with these are some wonderful posters by Otis Shepard, Leo Lionni, Erik Nitsche, Tomi Ungerer and Paul Rand.

Each poster gets a page with full credits and a long caption. I thought it was a bit unfortunate they each wasn't a little bigger on the page, there is certainly room. The design and printing is up to the usual high standard one would expect from an RIT publication.

Overall an interesting and concise look at American posters from the last century.

Left: Nembhard Culin. Right: Otis Shepard promoting Catalina Island, back in the thirties it was owned by the Wrigley Company.