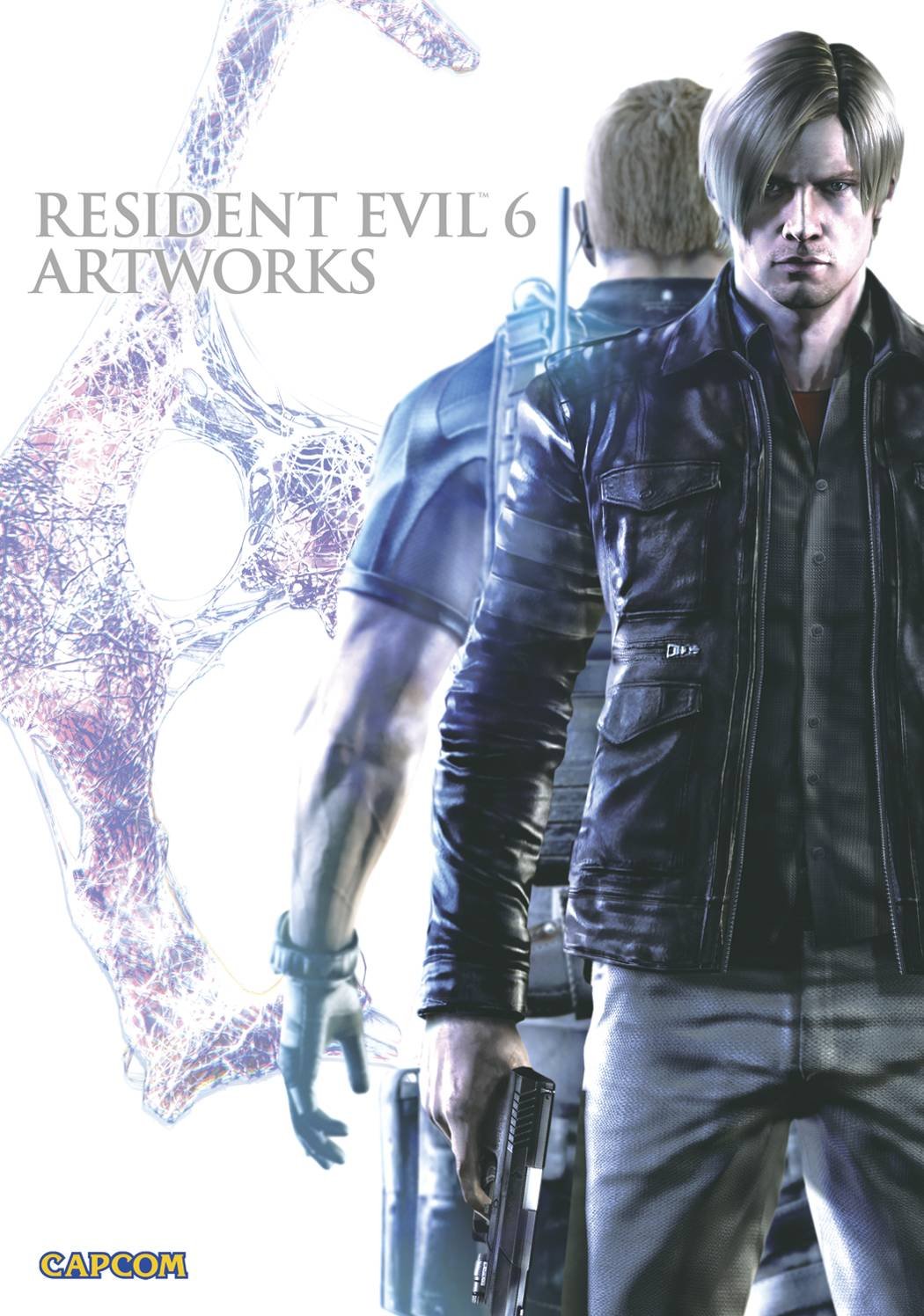 Resident Evil 6 Artworks. This is yet another translation by Udon Entertainment, and the original is the Japanese artbook バイオハザード6 アートワークス that was released in January 2013. That Japanese artbook has since gone out of print although Amazon Japan does offer a Kindle edition for less than half price. I'm not sure if you're able to buy the Kindle version if you're not based in Japan though.

This is quite a thick book at 272 pages. The spine seems a bit soft for so many pages so be careful not to crease it.

The bulk of the concept art are for the characters and creatures, and the rest are for weapons, vehicles, and environments.

The character designs are alright, nice costumes, a bit subdued and doesn't call out for attention. Just look at the cover art and you can get an idea of what to expect from the official costume designs.

The more interesting costumes are the extra costumes, and some of them are quite funny. For Leon, there are costumes for pirate, vampire, zombie on the back, clown, olympic statue and more. Same goes for the other main characters. Chris Redfield has one costume that holds Medusa's head. It's pretty hilarious when you see recognisable characters dressed in something quite outrageous and out of character. In the computer world, I'm sure they would rather be eaten by mutant zombie crossbred dogs than wear those costumes. LOL.

The characters included are Leon S. Kennedy, Helena Harper, Chris Redfield, Piers Nivans, Jake Muller, Sherry Birkin, Ada Wong and the side characters. You get to see coloured illustrations (actually 3D models textured mapped) and sketches. There are also notes talking about the designs and the characters themselves.

Next up are the concepts for weapons, vehicles and items. Nothing too mind blowing here. You just get to see things bigger than what you get to see in the game itself, stuff like dog tags, skill points, etc.

Highlight of the book of course are the zombies. There are the J'Avo (and mutations), Chrysalid, complete mutations and other enemies. The art is really cool, the two-bees-ass-growing-out-of-the-head type of cool. Oftentimes when I look at these concept art, I wish that they would move on the page, but that's why people play the games. Do not leave this book alone with small children.

Finally there are the twenty over pages of environment art that cramps the many locations within. They look like screenshots from the game. I would love to see them bigger, such as for the more detailed environments. Overall, they are kind of bleak and dimly lit as if someone is trying to save electricity.

This is a nice video game art book for Resident Evil 6. Recommended to the fans, and those who like zombies and creature designs.

By the way, The Art of Resident Evil 5 is quite a good book too. If you're into zombie creature art, you might want to take a look at that book too.