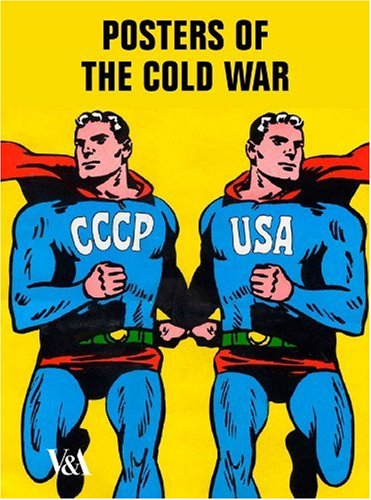 Rather cool in hot times

The seventy posters shown reflect the political times quite well because so many of them have an urgency that implies an amateurish production rather than the slick design techniques (and message) that posters for commercial products use. The posters, from fifteen countries, would win few design awards because they weren't designed for considered appraisal but to get an immediate message across quickly in situations where posters wouldn't necessarily be seen.

David Crowley writes introductions to the four chapters and the rest of the text are long captions to the posters, mostly one to a page. Despite so few posters in the book the coverage is wider than I expected. Posters for the 'Ipcress File', Kubrick's '2001' and 'Solaris' are included and a lovely spoof of 'Gone with the wind' starring Ron Reagan and Margaret Thatcher.

An interesting book but I really would have liked to have seen far more posters included, overall it seems a bit lightweight to me.

A stunning graphic poster from Czechoslovakia, 1945. This is one of the better posters in the book.

Right: a strong graphic from Czechoslovakia, 1968.

Swiss designer Erik Nitsche was a regular designer for General Dynamics during the forties and fifties. This one was from 1955.

East German 1990 poster with a touch of Coca-Cola typography.