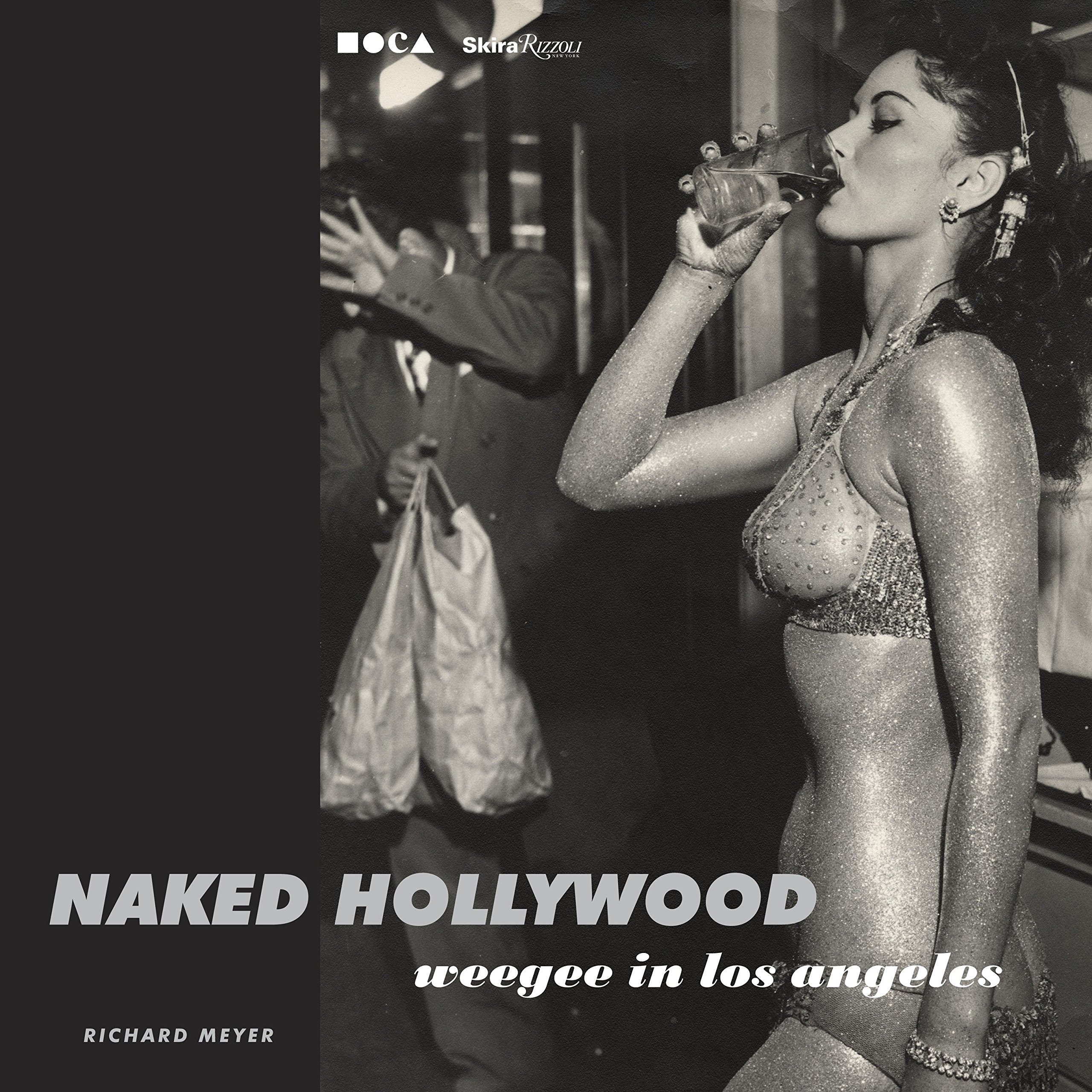 Despite a beautiful production I think this book is really only of interest to dedicated Weegee fans. The contents only go to prove that he didn't do anything in Hollywood comparable to his gritty and amazing New York creative output. However there is plenty in the book for his fans.

There is a complete, same size, page-by-page facsimile of his Naked Hollywood book. The Berkeley paperback edition from 1955 (with fewer pages and some different photos from the 1953 hardback) printed on cheap paper and really, I think, the contents are pretty cheap, too. The photos are nothing special and the brief captions are meant to suggest the book is a satire on Hollywood but it all seems very lightweight.

After Naked... there is an interesting Archive chapter that reproduces several magazine articles based on Weegee's California output. The photo distortions of the stars and celebrities snaps were perfect material for the down-market pulp magazines. The last few pages have a detailed Chronology of Weegee's life and an excellent listing and short analysis of the movies he worked on.

The book was produced in collaboration with an exhibition at the LA based Museum of Contemporary Art and is certainly a handsome production. Printed on a matt art with a three hundred screen with the Naked Hollywood facsimile section printed in four color (to retain the cheap paper look of the original) and I think the black and white photos throughout the book are printed four color too. As I said though the book is really for his fans, others should stick to his New York work.

Opening spread from the paperback facsimile of Naked Hollywood.

Every page from Naked Hollywood is reproduced.

Right: perhaps the best photo in Naked Hollywood, TV aerials that changed Hollywood for ever.