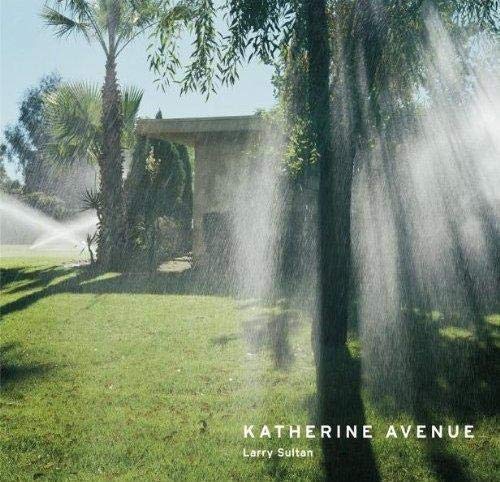 The title comes from the avenue the Sultan family moved to in the San Fernando Valley from Brooklyn in 1949 and the book is published in conjunction with an exhibition of Sultan's photos at the Gallerie Zander, Cologne in August 2010. He died in 2009 and his photographic legacy is in several books, especially these three: 'Evidence' (1977) with fifty-six mono photos; 'Pictures from home' (1992) with ninety color and twenty mono and 'The Valley' (2004) with ninety color photos.

This book (unfortunately) only has fifty photos with eighteen each from Home and the Valley and fourteen from an assignment in 2008 called Homeland. My repeated viewing through the pages confirm that Larry Sultan had something to say. 'Pictures from home' is a visual diary of life with his parents. Of the eighteen photos six show his mom with a partially obscured face, just the sort of thing, I thought, that commentators could well pick up on and offer all kinds of deep and penetrating analysis regarding the family dynamic. How about his mom wasn't too keen on having her photo taken anyway! Photographer Mitch Epstein tried the same family format with his 2003 Mitch Epstein: Family Business.

The 'Homeland' fourteen shots are also interesting because Sultan hired day laborers to stand in the various landscape shots he took of southern California housing developments. The positioning of the men (all from Central America) suggests a Gregory Crewdson feel but without the complex visual storyline Crewdson injects into his shots.

I thought 'Katherine Avenue' a wonderful overview of Sultan's work but I was disappointed that there were only fifty photos (making this a rather expensive buy so three stars) and none from his fascinating collaboration with Mike Mandel in their 'Evidence' book. To really make this title complete the publishers should have included largish thumbnails of all of the spreads from Sultan's three books and put them with the existing biographic pages in the back of the book. The title might have become the standard reference on this intriguing photographer.