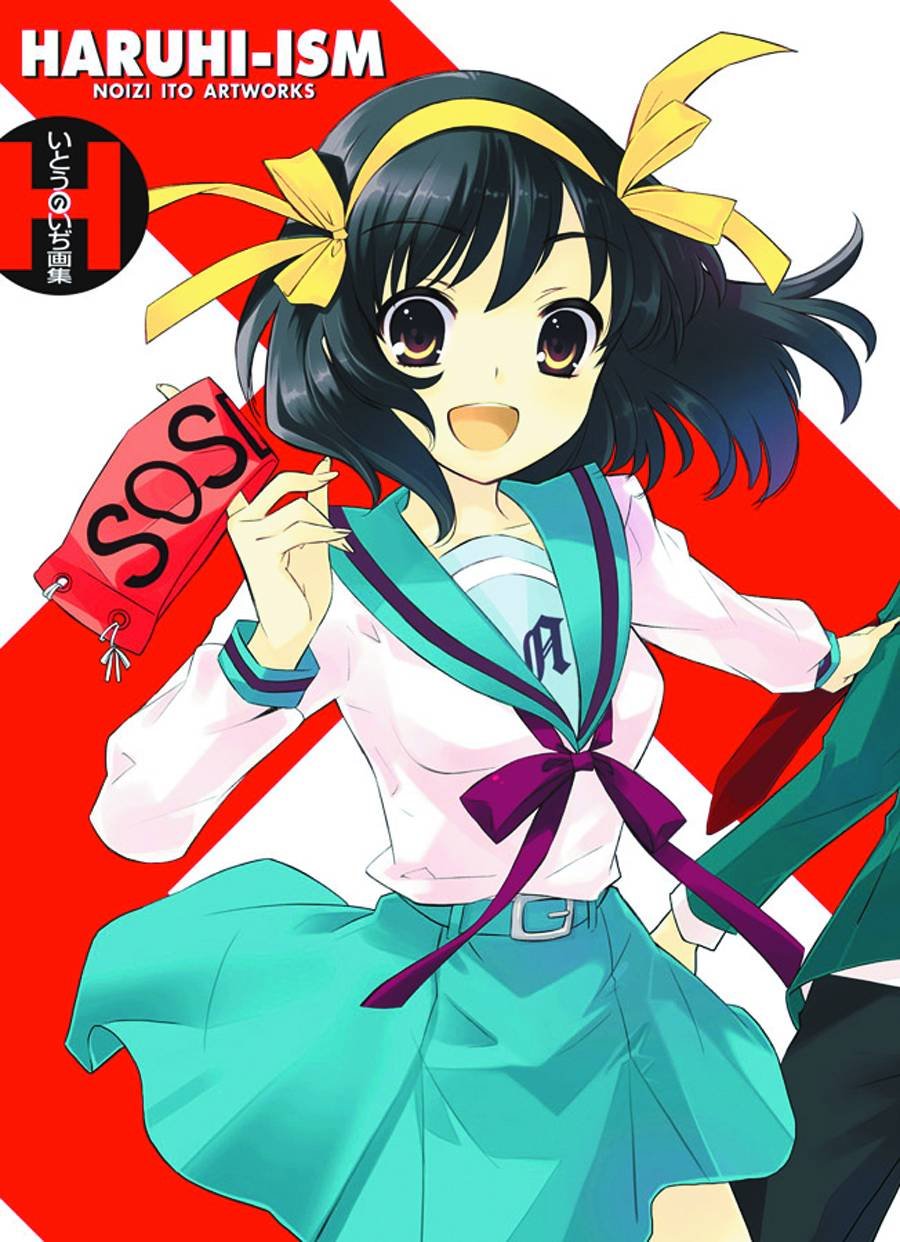 Haruhi Suzumiya is a series of novels written by Nagaru Tanigawa (谷川 流) and illustrated by Noizi Ito. It was released in Japan in 2003 and has since have adaptions into manga, animation series, film and even video games.

The book's 120-page hardcover. The original was the Japanese edition いとうのいぢ画集 ハルヒ主義 published in 2009. Udon translated this English edition.

Artworks from Noizi Ito are from 2003 to 2007. Most illustrations are in pin-up style and comes from book/DVD covers, magazines and other promotional materials. There are also illustrations created exclusively for the book.

Haruhi first appeared in The Sneaker, a seinen novel magazine, and you'll see many of the splash page illustrations being featured. DVD jacket illustrations are for The Melancholy of Haruhi Suzumiya.

The characters are drawn in very typical Japanese style. There's Haruhi alone, as well as, with her SOS Brigade members, and also other characters pairings for posters. There's some sort of a seasonal theme going on from Spring to Winter, but actually most times they are in school uniforms.

Right at the back of the book is an illustration index with commentary plus an interview with Noizi Ito.

This book is clearly for fans of Haruhi Suzumiya and Noizi Ito art.

I wanted to get this after I saw it in a bookstore, but then I went home and read this review of the original Japanese version of the book...
https://vixums.wordpress.com/2010/03/04/haruhi-ism-noizi-ito-art-collect...
Apparently it was badly designed so the binding caused all of the 2-page spread images to be cut off. I decided not to buy it because of that.

But then I found your review... the images look perfect. The English version is BETTER than the Japanese one?!

Gonna buy this for sure. Thanks for the review and video!