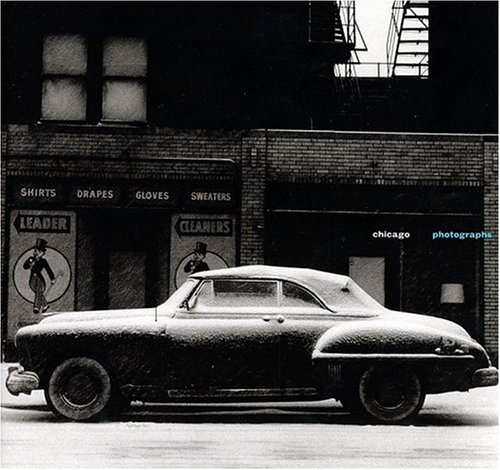 Though it only has fifty-five photos I thought this was a wonderful look at Chicago. The photos came from the La Salle Bank photo collection, which had 4500 images in 2005. The company was bought in 2007 by the Bank of America and as far as I can tell the collection remains intact.

Thirty photographers contributed to the two sections in the book. Firstly exterior shots cover the city with the second part looking at Chicagoans and their neighborhoods. With images from the likes of Harry Callahan, Thomas Struth, Robert Frank, Lee Friedlander, Danny Lyons, Aaron Siskind, Wayne Miller and some other slightly lesser known names how could this selection not look stunning and it does.

The Plates kick off with a wonderful 1964 shot by Art Sinsabaugh looking straight down North State Street with buildings, traffic and pedestrians vanishing into the distance. Friedlander contributes one of his dense street scenes from 1972. The Chicago studio of Hedrich-Blessing have a lovely photo from 1930 of the Board of Trade Building. Wayne Miller captured a baseball game by neighborhood kids in 1948. Nearly every photo pulls you into the frame.

The book is a treat to look at. The classic photo format of one Plate a spread with a brief caption on the left-hand page. Meridian Printing of Rhode Island (probably the best art book printers in the country) did a beautiful job with the 300 screen tritones. Carol Ehlers has a seven page essay at the back of the book, sort of redundant because it tends to describe what is in the photos.

This is the fourth book I've bought that features city photos by well known photographers. The others feature Cleveland, Los Angeles and Pittsburgh. Nicely they are all beautifully designed as art photo titles and well worth searching out if this sort of format interests you. A City Seen, Looking At Los Angeles, Witness To The Fifties: The Pittsburgh Photographic Library, 1950-1953.

Three other city art photo books worth checking out.