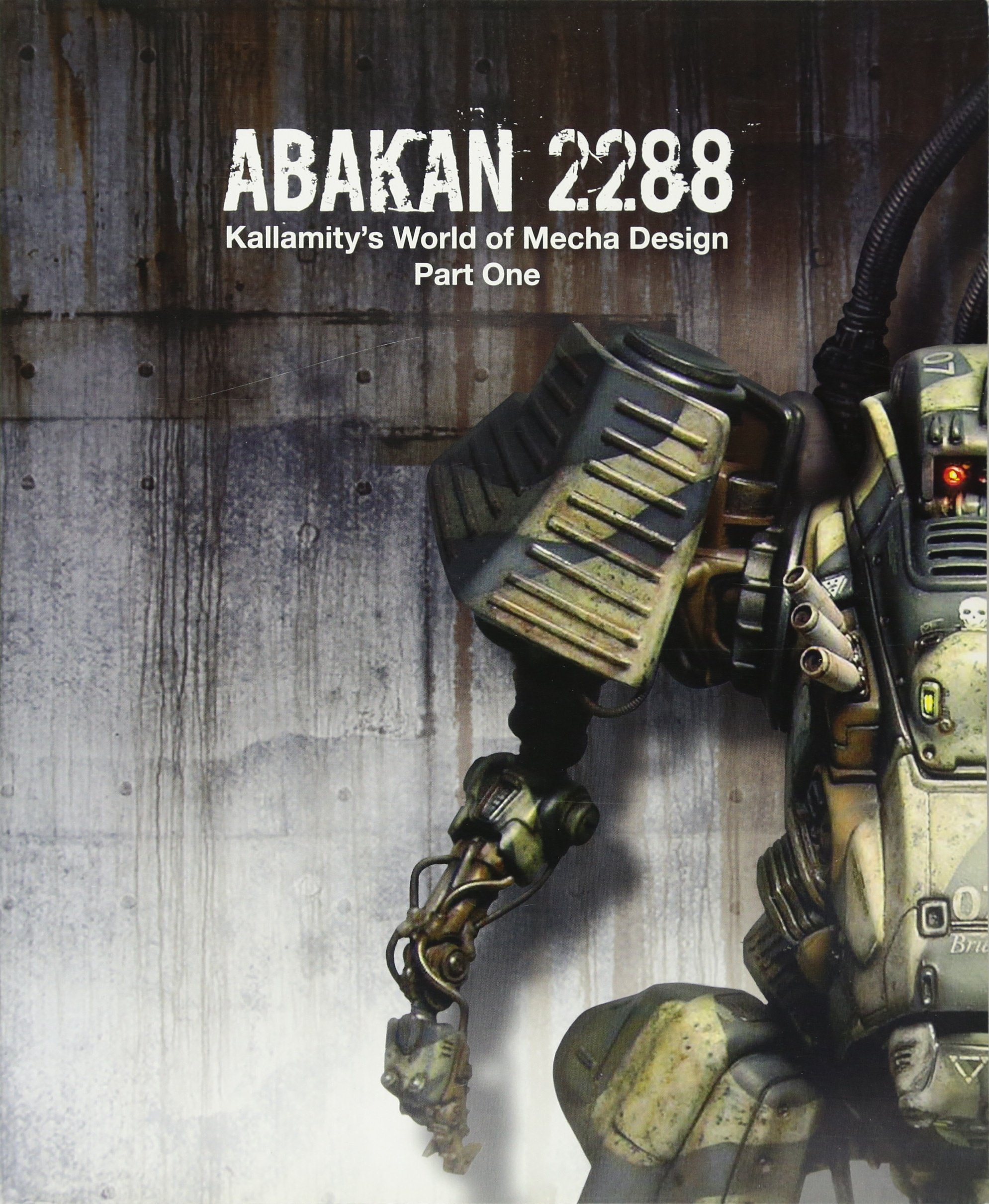 This is an amazing book featuring the mecha art and models of Luca Zampriolo, aka Kallamity. Great for anyone interested in assembling, building or designing mechas.

The concept is set in the future in a world that has run out of resources. The idea is not particular unique but more to provide background. As usual, there will be one powerful entity, in this case the Weingart family, who has the power and technology to build all sorts of stuff of which some are mechas.

The book starts of with concept art for the dystopia future world. It looks like there are mining plants built everywhere, even in cities with skyscrapers there are factories spilling out smoke just beside.

The rest of the book are concept art for mechas and a selected few are being made into actual models. There are only a few featured because each one has an crazy amount of detail. One model took 11 months to finish. They are mainly the walker-type heavy mechas, a spaceship carrier and a crew all suited up. You can see some design influence from Kow Yokoyama which was mentioned in the book.

There are photos of all the created parts either by casting or sculpting. The models are made from Milliput (bicomponent stucco) and plasticard. For one of the human models, Super Sculpey was used.

Every piece created is intricately designed and worked on. For example, you can see all the tiny holes for ventilation grills. All surfaces have details even though some were eventually covered up by other parts. There are also many photos from different angles, and photos at different stages of completion.

Lengthy commentary is provided on how each mecha was designed and built. It's not tutorial style so it's not a beginners book. Some of what's mentioned might make more sense to actual model builders. Towards the end, there are also some guest designers featured, like Michael Fichtenmayer, Ryu Seoung Ho, Matt Tomczek and Jason Stalnaker.

Highly recommended for mecha lovers. Even if you don't build or assemble them, there are plenty of designs to see.

Looks fascinating. Is it a book solely on model design? Or is it a comic as well with plastic models in the gallery?

I love toy design and I was wondering if you know any other books that has mecha design, either drawings or toys? "Pop Sculpture" is one someone recommended for designing action figures.

Thanks Parka once again. Book looks great and the price is right, I will buy from your link which I recommend everyone should. Before I go. Any idea when Part 2 comes out? Did the publishers/artist announce any plans?

@David
Those are not comic but photos of the models at different angles.

I don't think Part Two is coming out anytime soon because each model takes months to build.