Microsoft Surface Studio is no doubt a very cool computer. It elicits the same awe I had when the first iMac was unveiled, and then the white, and later the aluminium iMac. Microsoft really surprised lots of people during its October event.

Surface Studio is certainly powerful but who are the target users? And with a retail price of USD $2,999, will it sell?

The 28-inch 4500 x 3000 resolution screen with 192 PPI looks awesome. It's sharp, no doubt. If you still run old software like Adobe CS5 or CS6, their user interface are going to look tiny and will be too frustrating to use. But since you can afford $2,999, you could already be running all the latest versions of graphic software. If you're upgrading from a 1080P or 1440P screen, check out relevant forums first for app and screen resolution compatibility.

There's no mention of the exact gamut range it supports except that it supports a "wide color-gamut". Microsoft promises fast color profile switching between sRGB, DCI-P3, and Vivid (P3-D65).

The fact that this is a touch screen that you can also draw on is amazing. This competes with Wacom Cintiq 27QHD which is also really pricey. However, to compete effectively, it will come down to the accuracy of the Surface Pen. That slow-diagonal-wavy-jitter-line issue has been well documented by now. I hope with the Surface Studio, they have managed to solve that. Gabe from Penny Arcade has already review the Surface Studio and he seems quite pleased with it. I'll remain skeptical until I can experience it myself.

If the display could be sold separately on its own, it would be perfect. Mac users are always on a look out for good monitors. This screen looks sleek enough for them. By combining the display with the computer, it basically excludes the whole of the Mac user market. It also excludes those who already have a (good) computer. Does it mean they have to sell off their computer and screen for this all-in-one?

Pros and cons of all-in-ones

The pros is obviously the lack of cables.

The significant con is everything is now combined into a single point of failure. It's just like a laptop when it goes down. I mean, who has two laptops anyway? Just worry about it when it happens. Can you afford the downtime when you send it in for servicing? Do you have a backup display and computer, and storage with your files to allow you to get back to work quickly?

That's something to think about. Recently, I had to send in my Mac Pro for servicing for the 4th of 5th time. My Mac Pro is still at the service centre after 2 weeks. Thankfully, I have a quad core Mac Mini as backup. With the Mac Mini connected to the monitor, I went straight back to work, and the only downtime I had was the time it took to boot up the Mac Mini.

For the price, they should have included better graphics card and a real SSD instead of some hybrid drive

That's the most frequent complaint that I see on forums. It's the type of question commonly asked whenever computers are released, especially for Apple computers.

It's great that they have included the SD card slot. Photographers would love it. I love it. There's also a mini DisplayPort should you want to use another display.

I'm not sure what they mean by a hybrid drive. If it's one of those SSD + Hard Drive combo, then it better have a large enough SSD partition. Apple has something like it called the Fusion Drive.

If the SSD portion is too small, once the internal flash storage gets filled, it can be challenging to work with large data files, e.g. editing hundreds of huge RAW photos, dealing with 4K video. My Mac Mini has a 128GB SSD + 1TB HDD hybrid drive and it slows down whenever I import large amount of data, e.g. video and photo files.

Since there are four USB 3 drives, editing 4K should not be a problem since you can get an external USB 3 SSD, such as the Samsung T3.

6th generation processors are still fast, like very fast. It's no big deal that they are not using Intel Kaby Lake.

Who are the target users?

I believe this is targeted at digital artists who draw a lot. If you're a storyboard artist or animator, I can see how this will be beneficial to your workflow. It's essentially like a Wacom Cintiq but with a build-in computer. Basically any artists who uses digital stylus, who want to get that traditional experience of being able to see what you draw under the pen, those are the type of users who will enjoy this.

And you would need to be a rather rich artist to spend USD $2,999 on a new computer when there are so many options out there in the market, even if they don't look as sleek as the Surface Studio.

Would I buy it?

I like to keep my computer and screen separate. I'm using a Mac only because it allows me to boot up from an external drive regardless of the computer. If my Mac Pro is down, no problem, I can connect my external drive to my Mac Mini and keep on working. I can't do that if I have an all-in-one. I can't afford a single day of downtime. 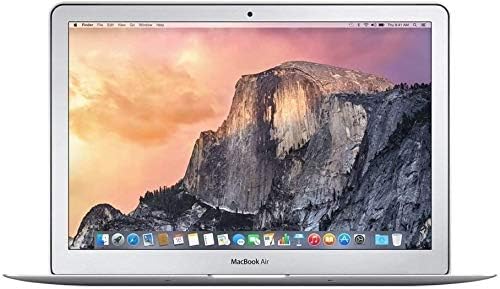 Yes, the Surface Pro supports a pressure sensitive stylus with 1024 levels of sensitivity.