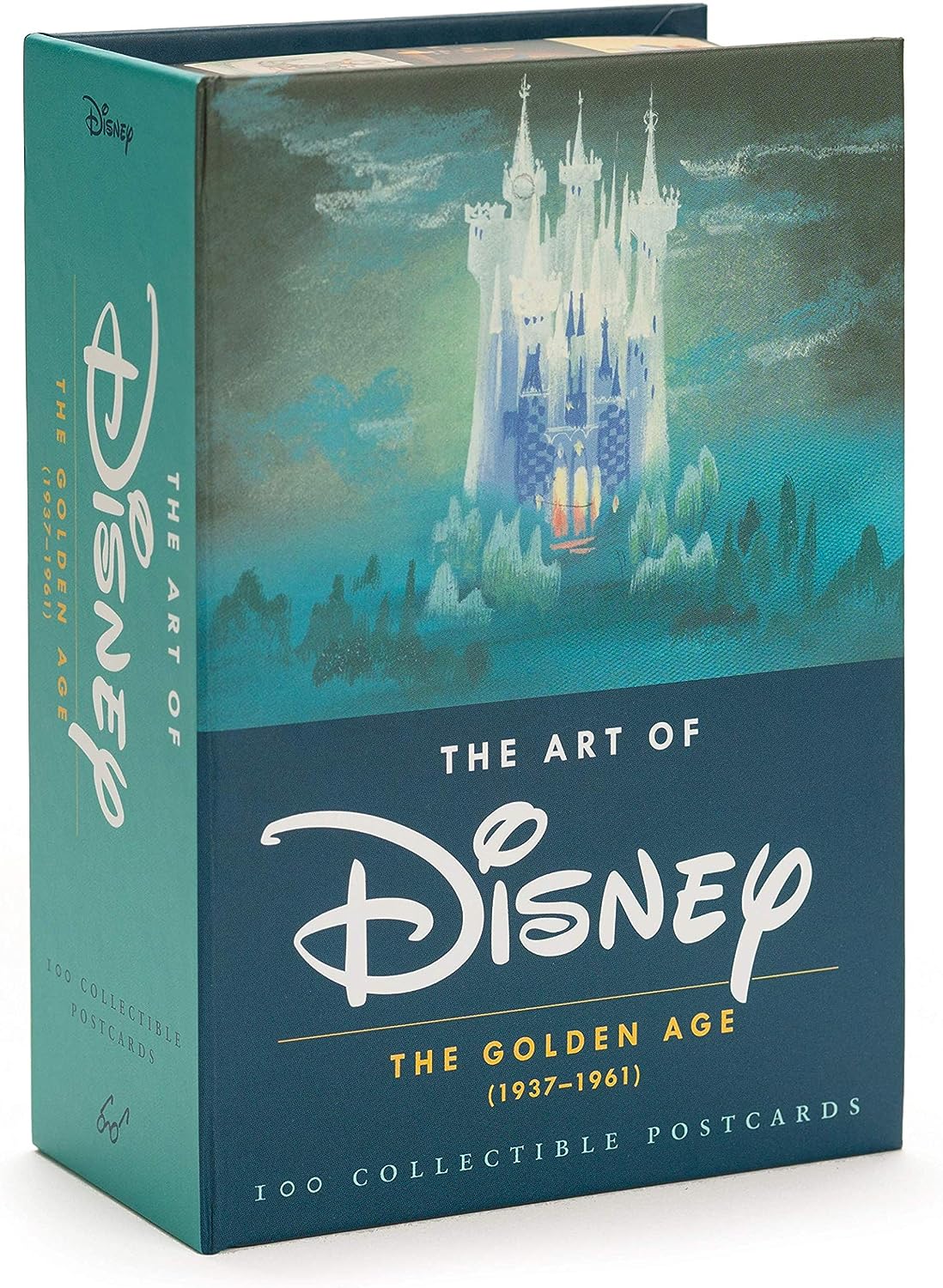 Here's another one of those cool postcard collections released by publisher Chronicle Books.

It's a set of postcards featuring Disney art from the so called Golden Age (1937-1961). There are 100 of them housed inside a beautiful cardboard box.

When you open the box cover, you'll see the postcards, and a side ribbon that you can pull to get the postcards out. Each postcard measures about 14.2 by 9.7 cm. They are printed on nice thick card stock.

The art on the postcards are from Disney films created during the Golden Age. They are namely:

As I was going through the postcards, I noticed something peculiar. The postcards are actually arranged chronologically and grouped to the films. If you mess up the order, it will take a while to rearrange all 100 of them.

While I prefer viewing artworks in books, having them as postcards is pretty cool too. The artworks featured are film stills, character sketches, storyboards and uncoloured animation cells. On the back of each postcard are the credits. Not all artists are identified. The media with which the art was created with is also listed.

There's this sense of nostalgia when looking at these old school traditional animation art when nowadays most animated films are created in 3D. Hopefully, there will be more released that covers Disney's other years so that we can have a good look at the evolution of Disney's art.

For Disney fans, this is a wonderful collectible.

If you like this set of postcards, I recommend checking out the sets for Toy Story, Pixar and James Jean's Memu as well.