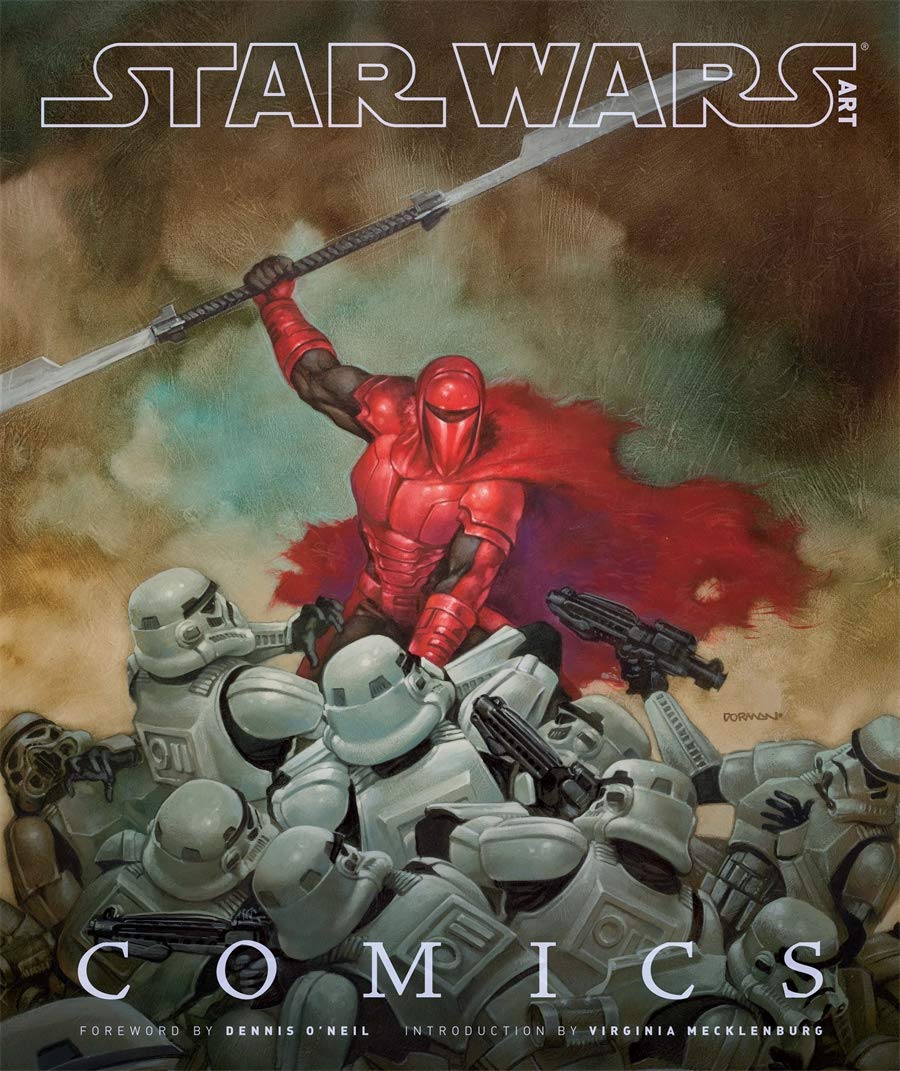 Star Wars: Comics is an art book that collects the original art that have appeared in the comics since 1977.

It's a large hardcover book with 180 pages. Each piece of art is on a page by itself. The artworks are beautiful, big and satisfying to look at. There are pencil works, inked illustration, and full coloured paintings.

The selections includes the cover art for the first Star Wars issue that was published by Marvel in 1977, including its special edition. The variety is quite huge, including webcomics pages as well. Besides the pages and covers, there are also new work created just for this book by artists such as Mike Mignola, Paul Pope, Jim Steranko and more.

Reproduction is clear and sharp. Many of the pages and covers are drawn on the Dark Horse comic art boards, complete with bleeding lines, sometimes with blue pencils still visible. Some of the complicated scenes are drawn in higher than usual amount of detail, collected in the book to be admired. I think comic artists can be inspired by the high standard of work. There are a few average pieces, but don't really bring down the quality of the book much.

The book ends with an interview from 1976, with George Lucas, comic book artist Howard Chaykin and Marvel comic book editor Roy Thomas. The Star Wars film was still in production at the time. The interview discusses how they are going to approach creating the comic. They even talk about whether the comic characters should have likeness to the film actors.

Wow oh wow. Not even a Star Wars fan. But I love the illustrations shown here.

This is not a bad book by any means. But, if you're looking for Star Wars comic art - 'Panel To Panel' volumes 1 & 2, published by Dark Horse are much better.

I read a little on Amazon.com about this book and they state that this is the second art of Star Wars book. What's the first? Anyone know?

Is it possible for you to post the Jim Steranko art from the book?