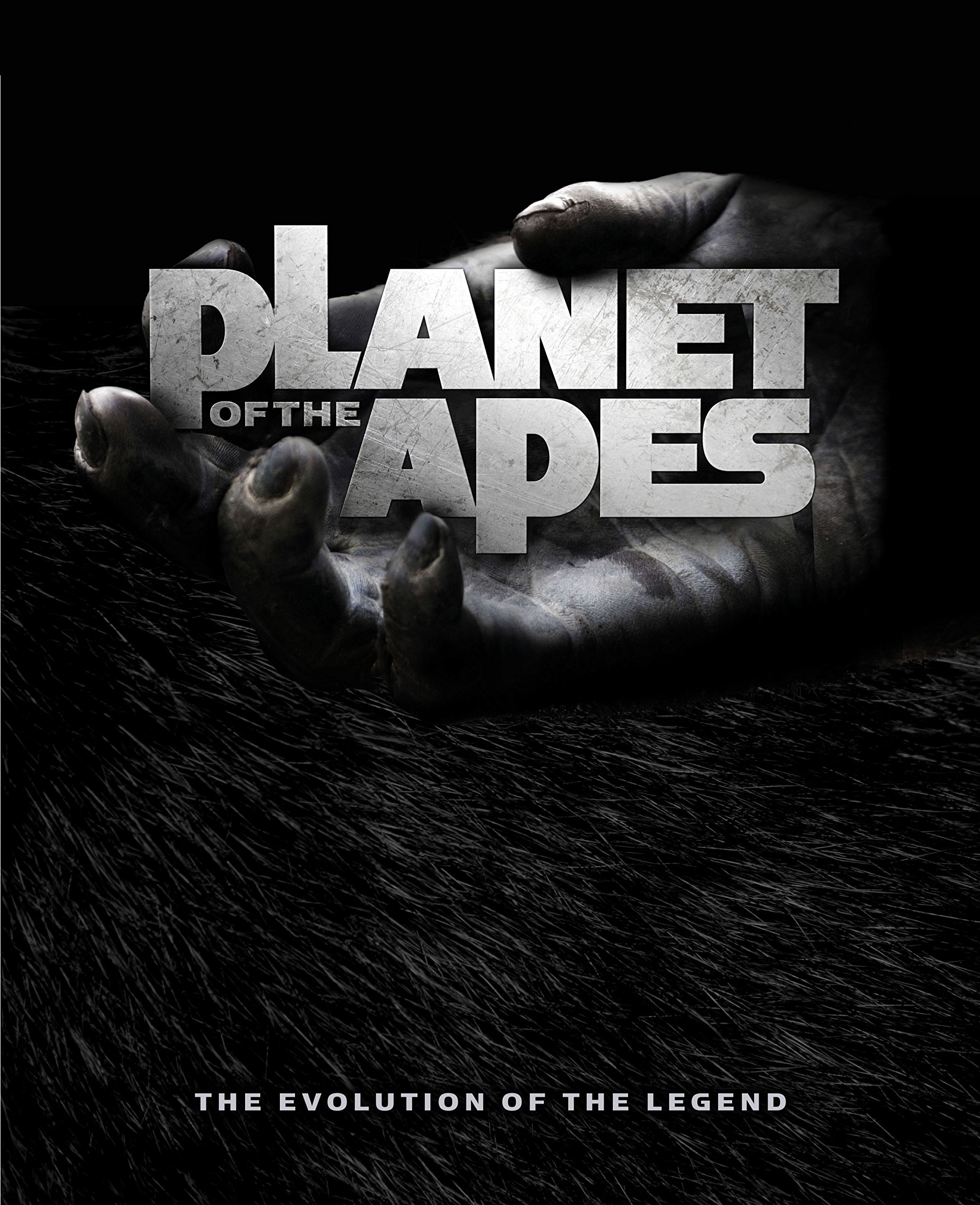 Wonderful companion to the POTA franchise

Publisher Titan Books has done it again with another wonderful movie companion for The Planet of the Apes, this time covering the whole franchise that started in 1968. I really like the previous artbook for Dawn and Rise of POTA. This new book evokes the same feeling of awesome-ness.

The cover is actually nicer than the product image. There's a nice grainy texture to the black areas and printed in gloss are the book titles and the apes' hands. It's the same treatment used for the Dawn and Rise artbook.

This huge hardcover includes every POTA film in the franchise until 2014. Featured within is a generous amount of concept art, behind the scenes photography and lengthy text.

Authors Jeff Bond and Joe Fordham has provided an incredibly informative writeup filled with interesting stories from the film production and interviews with the actors. The book looks at the origin of the franchise, how it evolved from French author Pierre Boulle's 1963 novel La Planète des Singes, the challenges and script changes that each film underwent before they were made.

Other aspects of the films are also included, such as how the make up is handled for the earlier films, what Weta Workshop and Andy Serkis did for the 2011 and 2014 films in terms of computer graphics and motion capture, how music was scored, how the set was created, the expansion of the franchise into books, TV series, toys, etc and the pop culture references inspired by the films.

The production stories include how actors were casted, the funny things they did on set, the story arcs, endings, public reception, and the studios' response to each film. Fans of the films will find lots of the details and information in the text. The most interesting sections to me are the technical parts like how they use make up and costumes for the actors to create the apes. There are lots of photos of the make up, sculptures and actors in various stages of the make up. Nowadays, films use a lot of computer graphics and 3D for their films, so it's quite fascinating to read about how films were made before we moved on to digital technology.

For a 256-page book to cover all eight films, there will be limitation at how much can be covered. The content is never going to be as exhaustive as dedicated books. I felt that the coverage is well done, with the exception of Tim Burton's film which I thought a bit more could be added.

Overall, the authors did a great job at presenting the information with beautiful pictures and informative writeup regarding the franchise.

Highly recommended to fans of the POTA and those who like to read about movie production.