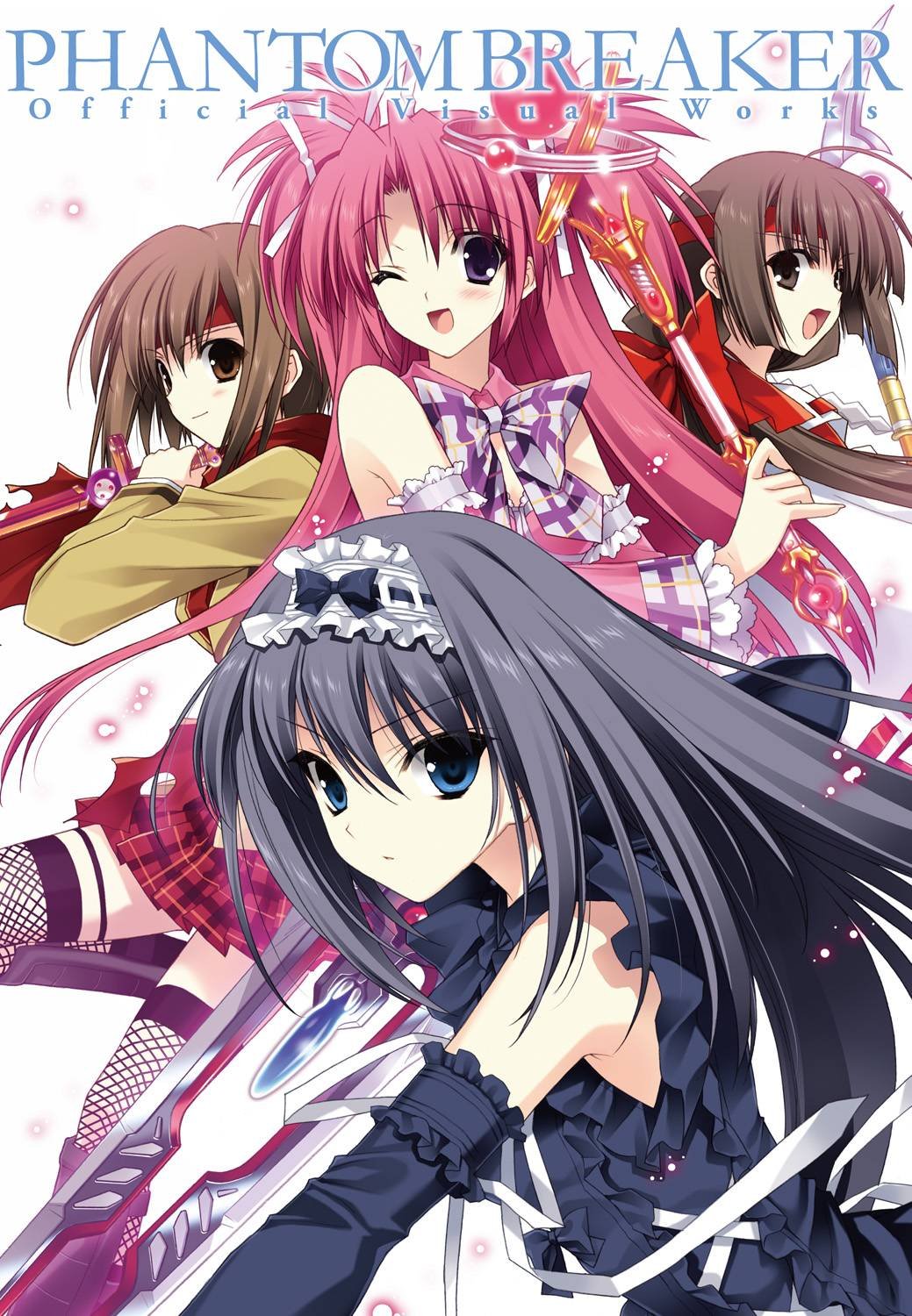 Here's the companion artbook Phantom Breaker, a 2D fighting game created by company 5pb. The Japanese game and the original artbook were released in June 2011. This book is actually the English translated version by Udon of the Japanese edition ファントムブレイカー公式ビジュアルワークス.

The artworks are beautiful. The book starts with full page illustrations of the characters outside of the game world, meaning they are in different costumes at times. Some are fan-service illustrations with characters appearing more fleshy but there's no nudity of course.

Character designs are with the typical Japanese style faces, anime like colouring. There's a somewhat gothic vibe at times. Costumes are pretty cool for the female characters and the male characters pale by comparison. I guess it's not surprising there are some maid inspired dresses. The ones I like are with the more outrageous costume designs, such as Cocoa's.

Each character has their own brief profile, coloured illustrations of various poses and commentary from the designer. There aren't a lot of fighting poses for a fighting game which I think would have made the art more dynamic.

If you're into pin-up illustrations or a fan of the game, then this book should appeal to you.