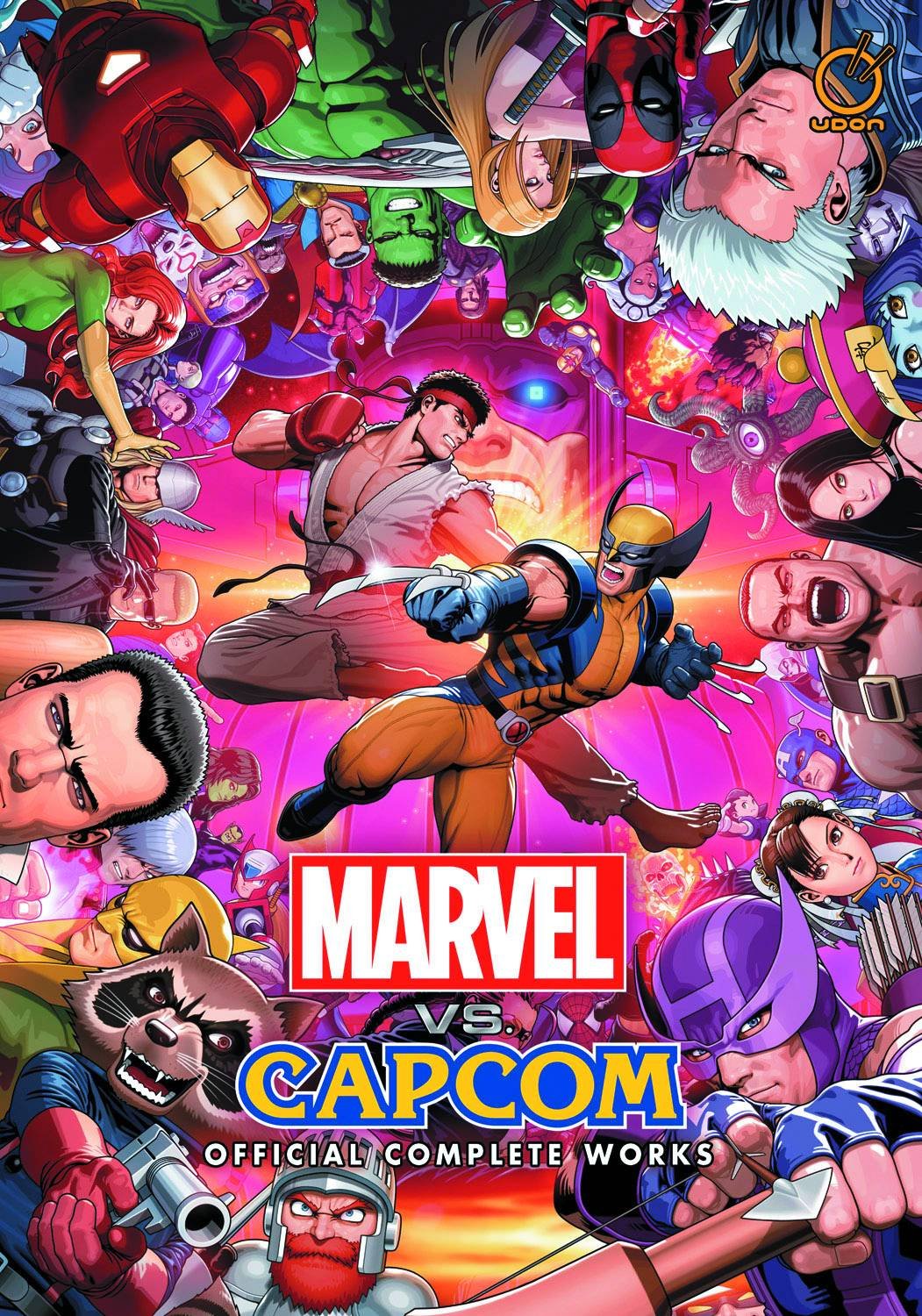 Marvel vs Capcom is one of the most epic crossovers ever. I like the idea of two universe of characters pitting against each other.

When I first saw the game at the arcade, I was amazed by the team roster, the number of characters you can choose from. It was crazy. It still is. All of them have epic special moves you'll never see in comics.

Udon has generously mailed me both the paperback and hardcover editions to review. The paper they use is quite thick. For the paperback edition, be careful not to open it too wide so as not to crack the spine. The hardcover comes with a dustjacket whose art is different from the paperback.

Unlike most other Udon artbooks, this is an original that's not translated from any Japanese edition.

The video game titles featured are:

There's a tribute gallery drawn by fans, splash pages, promotional art, character designs from all the different games, trailer screenshots, sketches, character profiles and ability card designs (not sure what are those).

The book is packed with great art. Almost all the splash pages are illustrations of characters battling out with one another. They are drawn by artists like Akiman, Joe Madureira, Kinu Nishimura, Shinkiro, Gouda Cheese (Bengus), Miho Mori and others.

The character art from each game differs in style and that's quite interesting to see and compare. The character profiles have short descriptions for each character and the games they appeared in. Wolverine actually appeared in all the games. Unfortunately, they didn't show many battle ground environment art.

Unless you're a serious collector, the paperback edition should suffice and is a good deal for the money.

It's a wonderful artbook for fans of the Marvel vs Capcom games, fighting games.

Hardcover edition is available only on Udon store