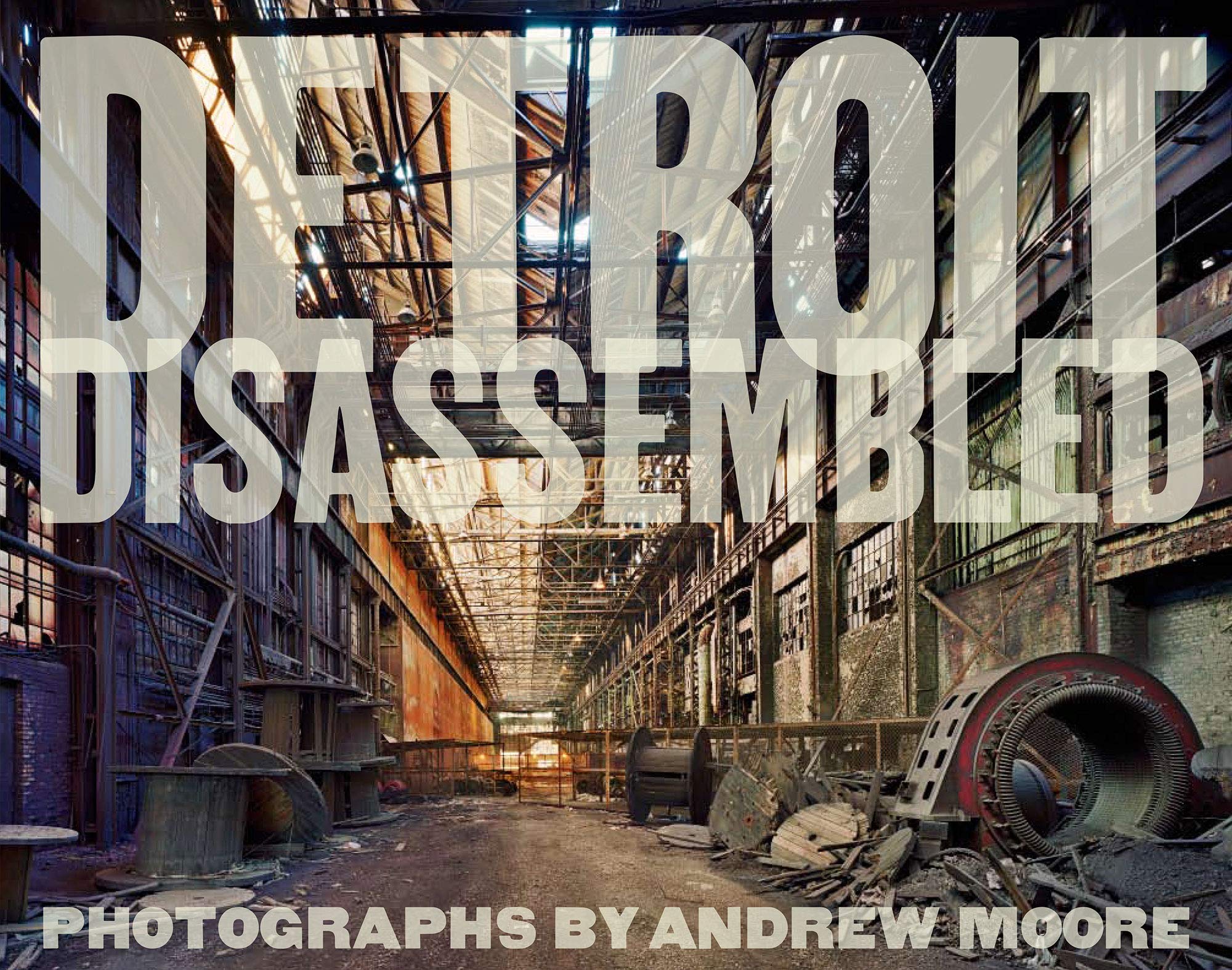 To quote from the Product Description above: 'Today, whole sections of the city resemble a war zone, its once-spectacular architectural grandeur reduced to vacant ruins'. Most of us, of course, don't have personal experience of war zones but we can all pull up a mental picture which is probably partially accurate. Andrew Moore's quite extraordinary photos will confirm your mental image but the freaky thing is that Detroit is no war zone. The population didn't leave because of bombs or military intervention; mostly they didn't even leave but continue to survive amongst all this decaying industrial, public and private building detritus.

The thing that grabbed me and Moore's photos reveal it so often is the amount of physical equipment that was just left as buildings were abandoned. Page twenty-three shows a huge open-plan room of the Detroit Schools Book Depository, the whole floor covered with books that are slowly decaying. Page fifty-five has an amazing shot of one side of the Cass Tech High School, minus sixteen large classroom windows to reveal a jumble of desks, chairs, tables, casual seating and books and papers everywhere. Again at Cass, Moore spotted a wall clock with a plastic dial, part of which melted over the hour and minute hands, the only time you'll ever see a real Dali timepiece.

Several exterior shots of houses show them either collapsing or showing signs of heavy amateurish DIY. Page ninety-six has a house totally covered in foliage with just a sliver of the roof to be seen confirming that it is two stories. Some interiors really do look like bomb damage, with falling walls and ceilings. The circular lobby of the downtown United Artists Theater reveals some of the steel structure because chunks of the plaster have fallen off.

Moore's photos reveal disaster Detroit in beautiful even color throughout the book and 300 screen printing on a good matt art plus the large page size delivers a punch to these seventy amazing images.

The book obviously raises questions about urban decay and is Detroit the ultimate throwaway society city by the nature of what can be seen there. It also acts as a magnet for creative snappers. Photographers Yves Marchand & Romain Meffre: The Ruins of Detroit cover the the city but in a much more ambitious book of color photos. There are several shots repeated in both titles: the melted clock face, classrooms in the Cass Technical High school and a straight on photo of a house (the corner of Brush and Erskine) that is almost identical to one in Moore's book on page ninety-seven.

Librarian's office, Mark Twain branch library. Help yourself, odd that no one has so far.