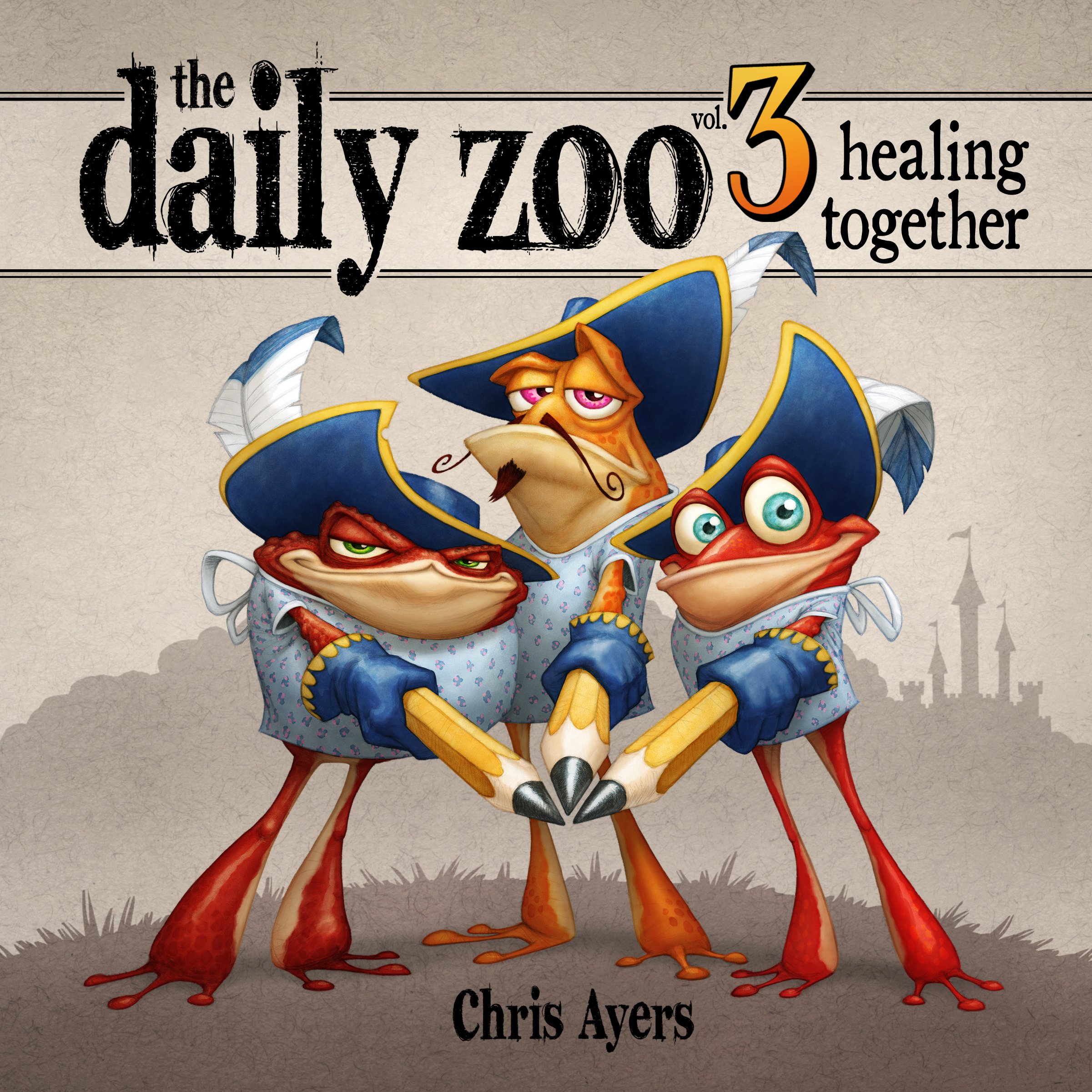 This book has been delayed for so long I'm so happy it's finally out. I've been hooked on Chris Ayer's art ever since the first Daily Zoo book was released in 2008.

The Daily Zoo is a personal art project that Chris Ayers started in 2006 after he was diagnosed with leukemia. The project served as a form of self healing process and we the readers are the unexpected beneficiary of all the beautiful artworks drawn.

The first two Daily Zoo books contained all the artworks from the first two years. The format in Volume 3 has changed to a selection of artworks from the Year Three to Eight. I actually thought this book was going to be Year Three. Chris Ayers explained his rationale inside. He also mentioned in the introduction that he's already in Year 9. Who knows maybe there will be a thousand page compilation in the future.

The most important thing is the artworks are still awesome. I love the caricature character designs for the animals. Anyone who has attempted those drawing-something-a-day projects will know how difficult it is to sustain the passion. Mr Ayers said he has already drawn more than 3000 animals already. That. Is. Awe-inspiring.

The other highlight is the commentary that runs along. There are updates on what has happened over the years since as Ayers' cancer went into remission. There are stories like how he got married at the zoo, had a kid with the help of in vitro fertilisation, him helping out at various events, and other experiences. The writing is personal and heartfelt. In addition to that, he also talks about his art and goes into explaining the animals and characters he has drawn and inspiration behind.

Every book in the Daily Zoo series has been wonderful and a delight. Volume 3 is another great addition. It's touching and inspiring.

This book is available in both hardcover and paperback.