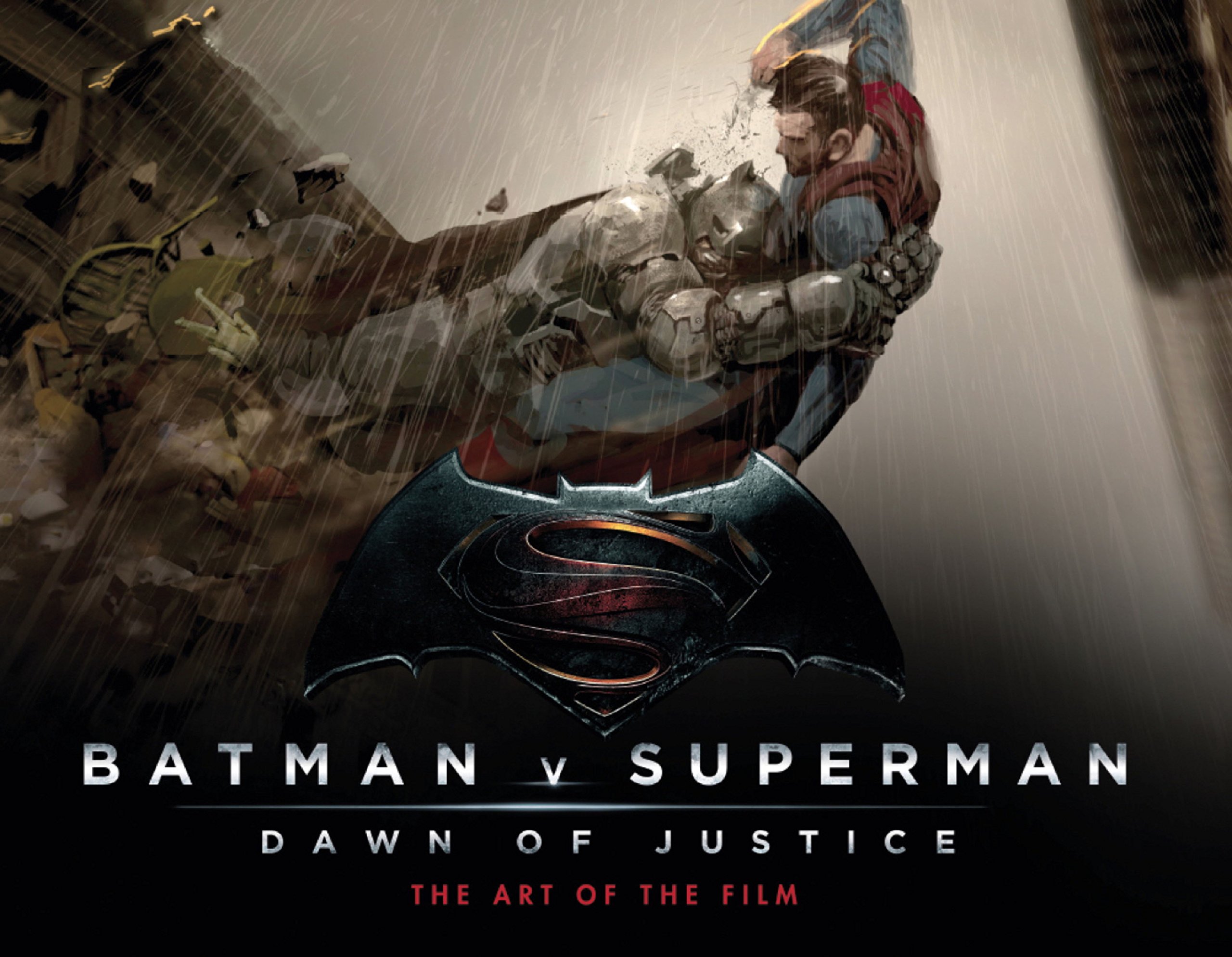 This book is more like a making-of book that talks about how the film was made. Depending on your expectation, you may or may not be disappointed with the book.

This 192-page hardcover is filled with concept art, film stills and commentary on the production process. The pages are laid out like magazine style, quite busy but beautiful.

Half of the book are filled with film stills. They are beautiful, yeah, but if you're one who likes to see production art, storyboards, character designs, then you may feel that all those film stills could have made way to include more artworks.

About the concept art. They are a mixture of sketches, digital painting, a few 3D renders and some schematics of things like Superman's statues, Batcave. The digital paintings are nice but they are often quite rough as you can notice the lack of detail when blown up to large sizes in the book. Some of the digital paintings lack the finesse while others actually look wonderful when done right. The sketches are also nice, but perhaps too sketchy. Especially for interiors, buildings, it can be quite difficult to visualise the structures.

As for character design, Superman's pretty much fixed in terms of look. Batman has the new Batsuit, mech suit and his new gadgets. Wonder Woman has 6 pages of coverage. Lex Luthor also has 6 pages. Doomsday has 2 pages. There aren't a lot of costume or character designs to speak of. Most of the characters you'll see them in the form of film stills. Batman's the one with more designs to feature.

It's a mixed bag for me with regards to the art. But I'm saying that because I know and have seen better superhero film artbooks out there. If you have the artbook for The Man of Steel, you should expect art in a similar style.

So the highlight of this book is actually the beautiful film stills of scenes and characters. The other highlight is the insightful commentary talking about the production process. The downside is the art? I'm not too sure but I felt that the artworks could look better. Or maybe it's just not the style of art I was expecting. Oh well, art is subjective.

Overall, I still think it makes for a nice companion to the film. As a making-of book, it's quite good but as an artbook it can be better.