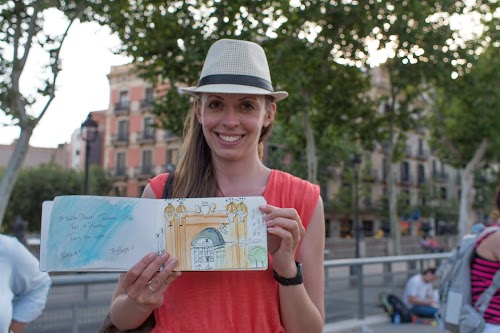 Today's the final day of the sketchcrawl and the location's at the Arc de Triomf of Barcelona.

Carole's the lady in the photo above. She was with her friend Béliza who was here for the symposium. I taught her a lesson on proportions and that's the first sketch she drew. I'm so proud. She got the proportions right!

It's really a beautiful structure and looking at photos I've taken, I realised that I forgot to take a photo of it. Amazing, right. Doesn't matter because I've sketched it and I'll remember it forever.

That's the castle on top of Mount Montjuic. It's not a very tall hill at 184m.

This is my attempt at the cityscape from Mount Montjuic. It's not easy. I've not drawn (the impression of) so many buildings before. In the end, by accident, a tiny drop of green enter the sky's area. So I had to paint in the blue to cover that up. Works alright except I shouldn't have coloured the part behind the cable car. I did not prepare enough water hence the white space. I did not expect an A4 size paper to use that much water.

So for the past few days, I met a lot of new people. There's Kumi, Ryoji and Tasha from Japan, Pete Scully, Gerard Michel, Orling, Marc Holmes, Omar, Eduardo Bajzek, Lynn Chapman, Simonetta Capecchi, Miguel Herranz, Nina Johansson, Lapin and many more! There are sketchcrawlers, symposium participants and the public. It was great! 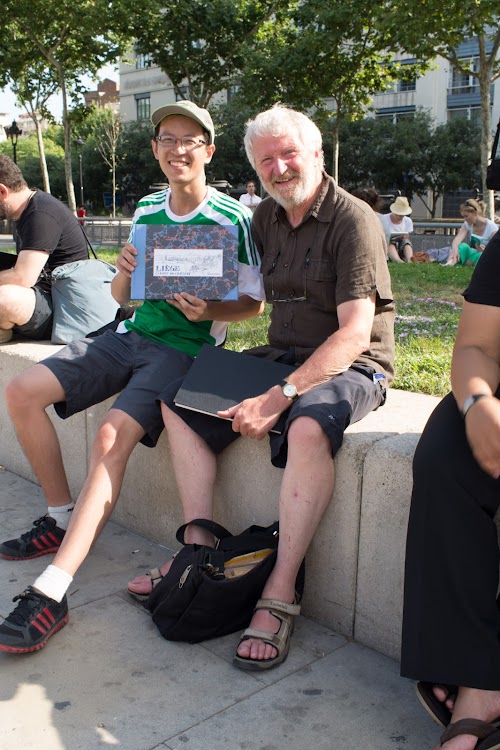 Gerard Michel's a really nice guy. He doesn't know English and keeps laughing. And he gave me his book of sketches. It's an amazing book. It's almost identical to his real sketchbook. 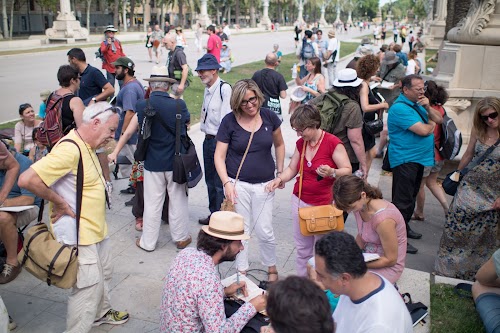 This is also the official 40th Sketchcrawl so the public were welcome also. The whole place was crowded with sketches drawing each other, the place, chatting and laughing. The mood was terrific. That's the beauty of sketching together, with friends. 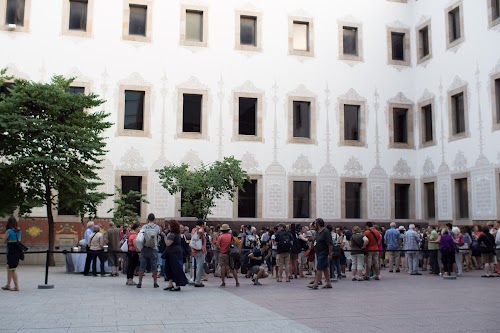 Today's also the closing ceremony of the Urban Sketchers Symposium.

Something surreal happened. You see that barrier? Only the participants of the symposium can go in. Let's just say it is really weird to see Pete Scully and Gerard Michel outside. There are many people outside by the way, me included, who went on to grab beers on our own. Cheers! 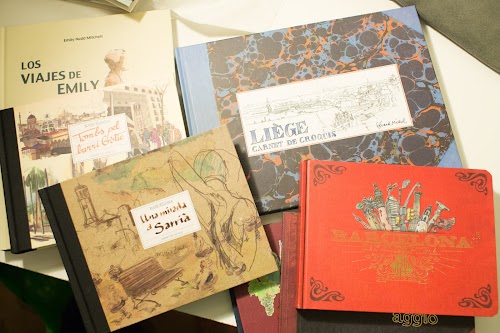 I usually do not shop during holidays but I make an exception for these sketchbooks. Now my bag is really getting heavy.

I saw you on tv Parka! On TV3, a catalonian tv, they were talking about the symposium :D