I'm putting out the artist review for the Slim Pen 2 first as the tablet review takes more time to create.

The Microsoft Slim Pen 2 was released in late 2021 together with the Surface Pro 8 and Surface Laptop Studio. Below's the list of compatible devices that supports this pen at the time of this review:

As long as your device supports Microsoft Pen Protocol (MPP), it should work with Slim Pen 2.

Bottomline
I've always been hesitant to recommend Surface devices for creating professional art because the Surface Pen has the jitter or wobble when drawing diagonal lines. I'm happy to say the new Slim Pen 2 has finally solved the diagonal line jitter-wobble issue. Microsoft finally fixed the problem after 8 years since the original release of the Surface Pro and Pen in 2013. So now the pen's drawing performance is now noticeably better, however I would still rank it below the Apple Pencil and Samsung S Pen for reasons you shall see below.

Design of the Slim Pen 2 looks just like a carpenter pencil. It's flat but thick enough for a good grip. While I personally prefer a more cylindrical design, this flat design is something I can get used to. Build quality is solid.

The battery is built-in and not removeable unfortunately. Battery life is rated at 15 hours.

The pen supports palm rejection, tilt and up to 4096 levels of pressure sensitivity.

Microsoft has added haptic functionality to the pen to mimic the tactile experience of writing on paper.

Anyway, the haptics feedback is interesting. There are two types of haptics. First is a brief vibration/buzz that can happen when you select tools (dependent on app). The second is tiny vibrations created to mimic the tactile experience of pen on paper. It does work well enough to create the illusion of that tactile experience that artist like, but it's not real pen on paper since you're still drawing on smooth glass. The drawing haptics will also react to pressure sensitivity. The more pressure you apply, the more vibration there is, creating this illusion of friction. It's pretty cool.

However, not all apps support the haptics functionality. For example, Photoshop, Medibang, Clip Studio, Krita, Affinity Photo, Sketchable, Sketchbook Pro do not support haptics. Only apps I've tested that support haptics are Concepts and Adobe Fresco.

The Slim Pen 2 is a Bluetooth 5 stylus so it uses a battery (built in) but no charger is included. The pen can be charged with the Surface Pro Signature Keyboard, by the side of the Surface Laptop Studio, with the Surface Duo 2’s pen cover, and with the wired Microsoft Slim Pen Charger (shown above, priced at US $34.99). 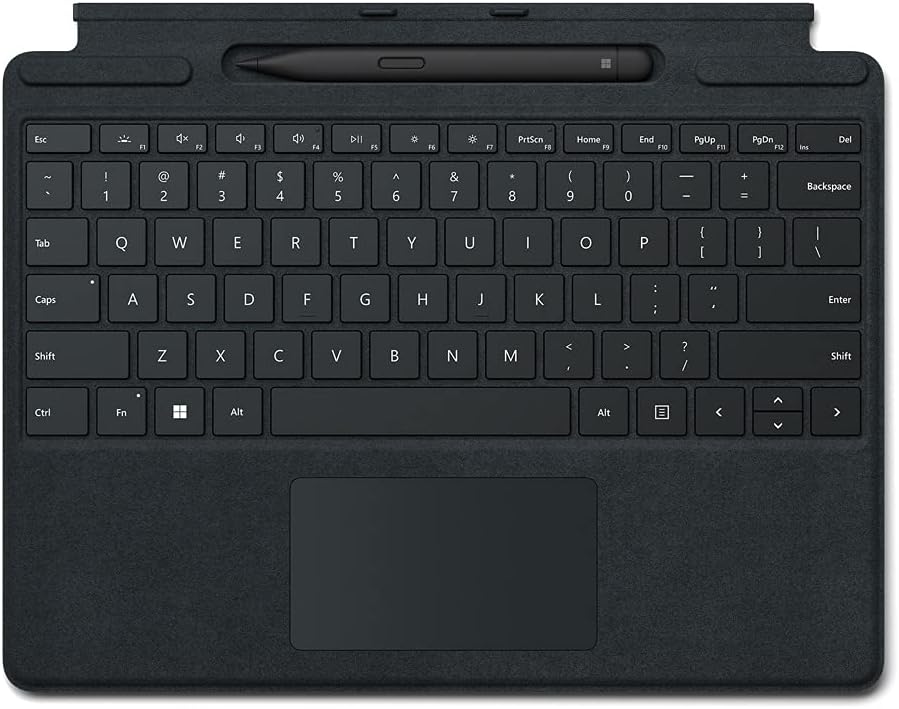 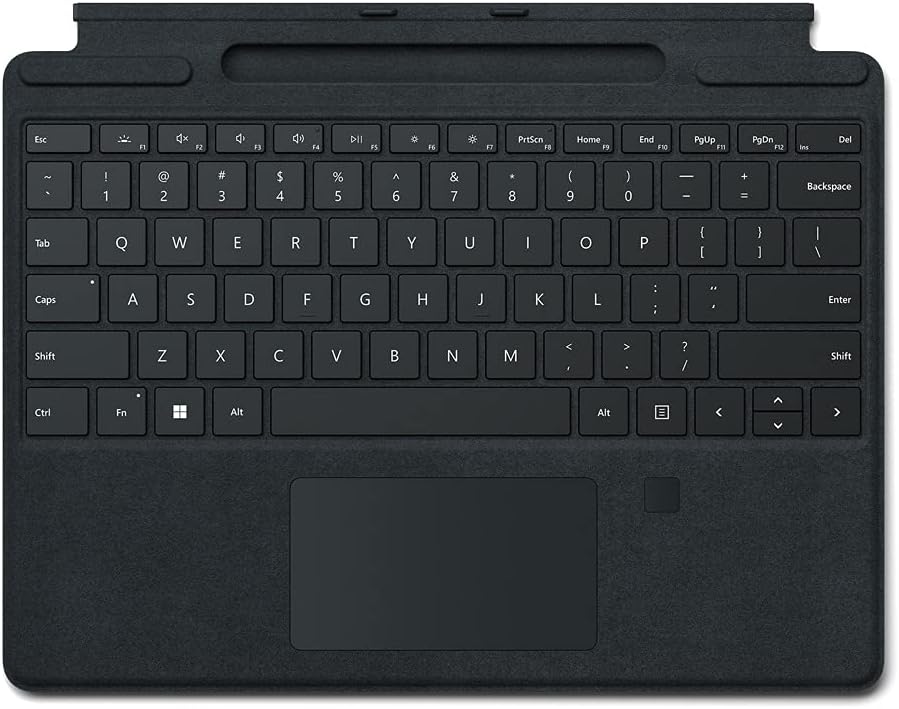 All the prices listed are official retail from Microsoft's online store. Those links you see above are to the same products on Amazon where prices are slightly lower. Regardless of where you buy the accessories, they are still considered pricey.

2. Strokes don't taper as smoothly as I want. This is where Apple Pencil and the Samsung S Pen performs better with smoother and sharper tapered strokes. See my review of the Samsung Tab S8 Ultra.

3. Dots can be drawn easily by just tapping the pen.

4. Line transition from thin to thick is smooth.

5. It's easy to maintain consistent pressure to draw lines with consistent widths. There's still slight jitter but if you look at the drawings, the jitter is not noticeable.

With the jitter-wobble issue resolved, the pen is now more accurate and is something that can be used to create professional art.

There's still the issue with the strokes not being able to taper as smoothly (see the strokes on the right) which can be an issue depending on the type of art you create. If you're creating mostly line art, e.g. comics, the tapered strokes could affect your work. However, there are apps, e.g. Clip Studio Paint, where you can customise how strokes taper.

I enjoyed drawing with this pen so much more compared to the previous Surface Pen simply because it's now more accurate. The lines come out just the way you expect them too.

The Slim Pen 2 is backwards compatible with selected devices but I can't say much about how the pen will perform on older devices. If you have the new Surface Pro 8 or Surface Laptop Studio, and you're into drawing, I highly recommend the Slim Pen 2. And if you're thinking of getting a Microsoft Surface device to create art on, I'm glad to say that yes, the Surface Pro 8 and Surface Laptop Studio are now good enough for creating professional art.

If you're interested to get the Slim Pen 2, consider supporting my blog and work by getting your tablet through the Amazon links above. Those are affiliate links which means I earn some commission for each sale, but at no extra cost to you. Your support helps me put out more reviews such as the one you just read.

What I don't like about drawing on the Surfaces is that the screen is very thin, which as a result feels very soft. When you press your stylus onto it you press the screen in.