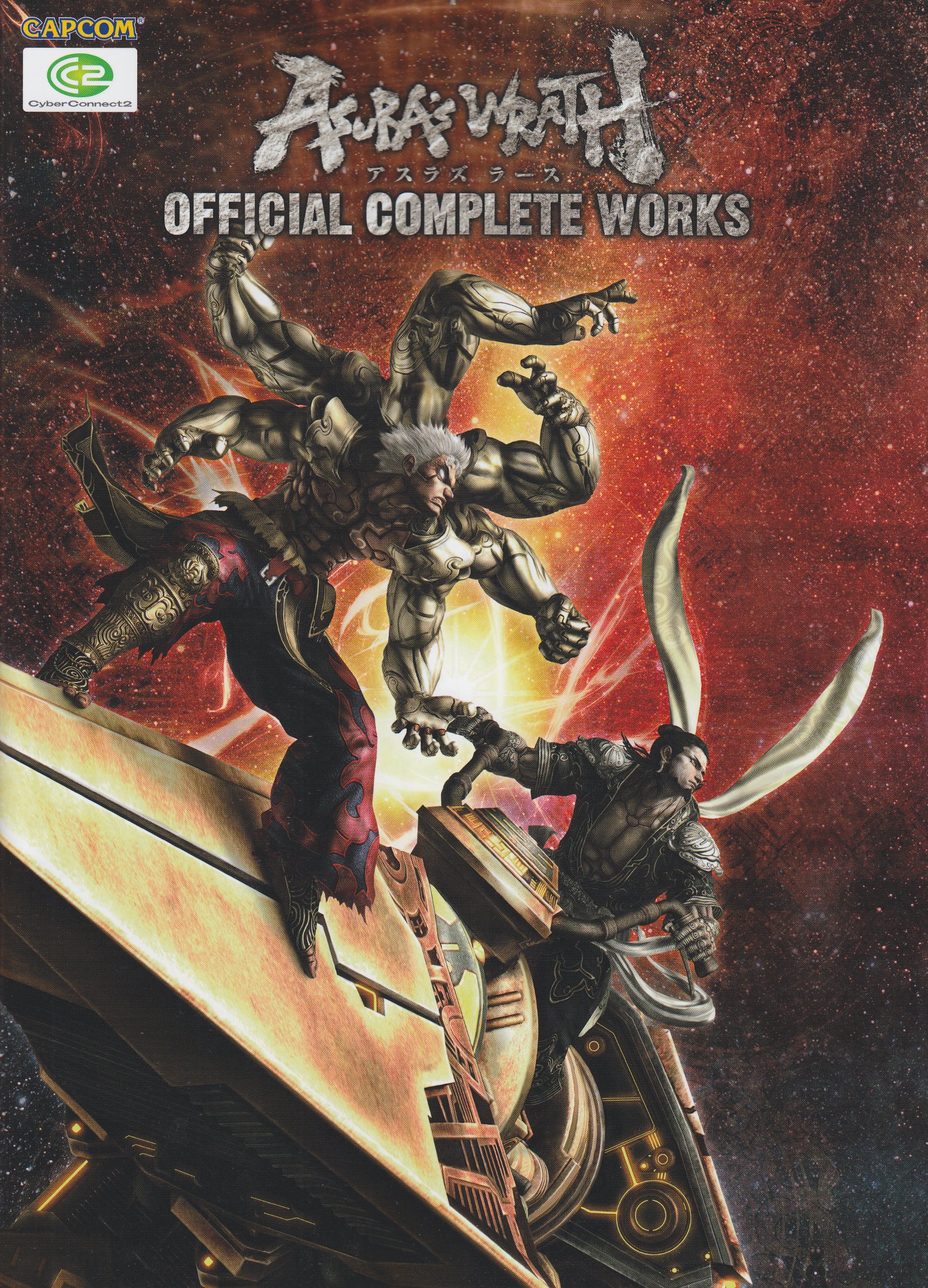 Asura's Wrath is a video game created by CyberConnect2 and Capcom, released in 2012.

The concept art is an interesting blend of sci-fi and Hindu mythology, and actually influences from other mythologies since I see an entity that looks like the thousand-hand Goddess of Mercy but obviously is not.

Characters have a godlike aura to them. In that sense, it's similar to God of War 3 but the art direction is totally different.

Character designs come in the form of 3D models as their appear in game, screenshots and concept sketches. The sketches are quite detailed. There are breakdowns for different parts of each character. You can see the different variations of Asura's arms, intricate designs on the costumes, props and weapons and other ornaments. The art is great. The demigods look strong and the huge lava monsters are pretty cool.

There are not many environment paintings or background art. Some of the good ones are too small as they appear in the form of screenshots.

The chapter on storyboards has sketches and analysis of the key scenes, including the hidden ending.

It's a nice video game companion. I guess it would appeal more to those who like the game or want some reference for character art.

Thx for the review, just order the book from the link you provide. Really like the art style for the game and just got it recently and havent got the time to play it. but cant believe an artbook is announce already.

The game sucks ass.. but the art was awesome indeed.

ASURA'S WRATH is simply a stylized visionary masterwork of the highest level. These are the kinds of games people need to support. I'm so incredably stoked to be blessed with an art book...

So the art book shows how the demigod looks lk if they r in modern time eh??? LOL Deus a mayor and Augus a wrestler. While Yasha and Asura look lk they r in college.