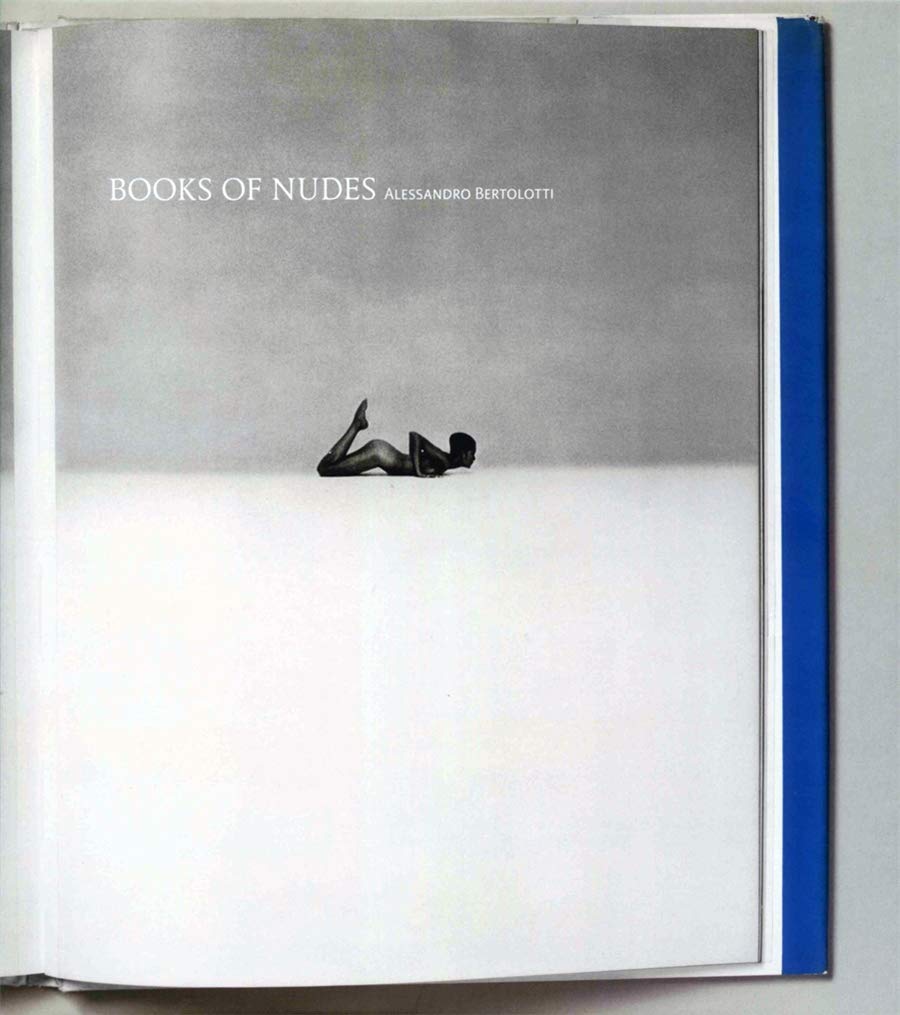 The index lists 172 photographers in Bertolotti's fascinating book and maybe you can say he forgot so and so (not Stanley Tunick I hope) but it's his personal collection of books that are featured here and not a definitive study of the nude photo book. He's collected over 160 and surely this must included almost every significant title up to the early years of this century.

The twelve chapters cover various themes historically starting with Academies, the name given to nude studies that circulated in France in the 1910s, essentially for creative folk to look at the female form but of course used as erotica by everyone else. The European naturalist movement was the perfect market to allow publishers to print books of nude photos and as chapter seven reveals, in Nazi Germany, titles like the 1939 'Spirit and Beauty' showed the perfect Aryan female body.

Chapter nine features twenty-five Japanese books from the sixties onwards. Quite intriguing because the photography and the book layouts are unlike anything seen in the West, they seem almost non-erotic. Chapter eleven: 'Gay pride' has sixteen titles and the last chapter looks at twenty-six books in the Narrative format. From the sixties nude photo books evolved into telling stories, illustrated with the work of Araki, Les Krims, Helmut Newton, Bettina Rheims, Joel-Peter Witkin among others.

I like the format of the book, just like Parr and Badger's two Photo Books or a recent Taschen title: Photographers A-Z. The featured books have their covers and two or three spreads with some text about the photographer and nicely some social background regarding the years when the books were published. Though the majority of images are in mono they have been printed in four colors (with a 175 screen) on a good matt art. A tip of the hat to Shawn Dahl who did a great design job and also to Liz Nash who translated the original French book into easy to read conversational English.

Photographers and publication designers will love the book and as it seems to an over-stock title now it's a bargain at the prices I've seen on the net.

Each of the twelve chapters opens on a spread like this.

Right: typical example of naturalist book published in Germany during the Nazi years.

Right: a box of prints put out by a Dutch printer in 1970. Each print had a letter of the alphabet made up of intertwining nude women. Must be rather rare now as it was a printer's promotion rather than a published item.