Which will be the last mecha (piloted) standing in a Battle Royal-style match?

My bet's on Gurren Lagann because it's outrageous. Or did I miss out any other contenders.

Macross
This is the Macross VF-25 Alto Custom Mecha, although it's only an action model.

Personal mechas designed by other artists 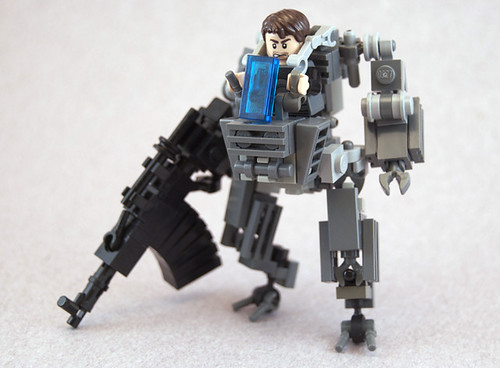 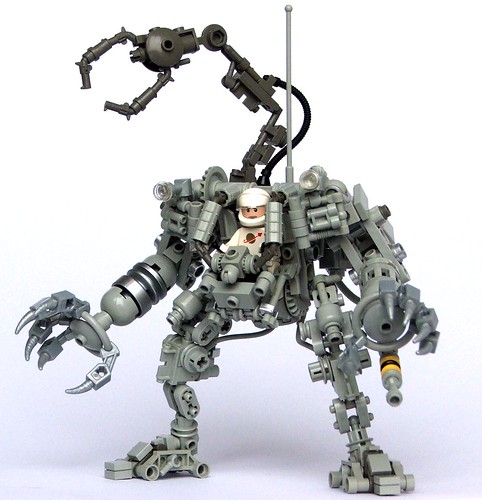 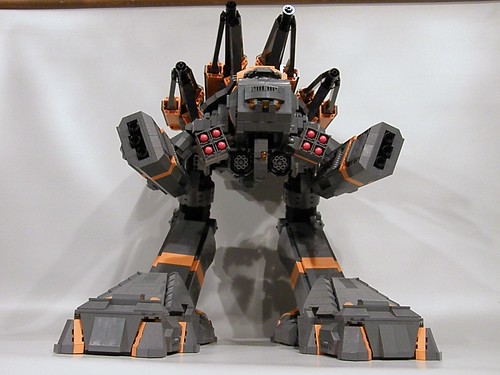 This turned up with a "district 9 mecha" search. Not sure who did it or if it's from District 9.

Search and Rescue Mech by dangeruss

Uhm.. I wouldn`t count a Cyborg as a mech, because a mecha is a controlled machine. A Cyborg is a human being even though some part of himself is out of metal.

And yes I think you let out some mecha. In example the Metal Gear. And my bet is on Metal Gear.^^

Oh man- so many great Mechs to choose from- but lets go back to where it all began, the suits of the Mobile Infantry from Robert Heinlein's 1959 groundbreaking sci-fi book; Starship Troopers. Mini-nuke armed, powered exo-skeletons dropped in from orbiting space craft. I dont even think the Mk.2 Psycho Gundam would ever stand a chance against a squad of M.I cap troopers. :)

I'd have to say Gurren Lagaan, or the Evangelions. They're both amazing. :)

Deathsythe Gundam was always my favourite. :)

All mech with open cockpits eg.matrix, avatar and "PIKACHU^^" are definitely out. Those with fancy designs like endless waltz will not make it too. I would have voted Eva for its ferocity and agility, but it can't fly, so it will probably be shot to death from the sky.... So Code Geass for me:)

Oh yeah!
thats a fight, i would definitly watch in HD on TV ;)
I would like the Matrix APU to win... but i think the sequester mech will win... all the other will underestimate it and i like the dirty hardware-like style ;)

Gurren Lagann, it's kinda obvious. Nobody can match Gurenn Lagann and his Space-Time Shattering Burst Spinning Punch. Altough Iron Man with Extremis would make a good deal ( he is kinda the Ultimate mecha Human Sized ). There is also Lost Planet Mechs that are kinda cools ( especially the one in the last part of the game ), and also The Viewtiful Joe Mecha Transformation (which is still in my heart for ever :D)

Odd to have Robocop but no Terminator

I would like to see Bertie (Ashley Wood) in the list, and some mechas from Mech Assault, Zone of Enders or Front Mission.. I missing one.. uhm.. Tekki.. Those Mechas are awesome =o

From the list i bet for the District 9 design, but any EVA can beat everyone =|

shot EVA to death from the sky ？ maybe not。。 A .T.FIELD can defend anything and cut anything 。。

but,i don't think EVA should be in this list, they are creatures in armour。。

oh come on! Gurren Lagann wins this hands down. Once Simone uses his will power nothing can stop the gurren lagann. next on the list would be the evas, then the gundams, after that macross.

In case of hard work in order to achieve credibility Patlabors win. You can't compare robots who apply to different rules. Especially not to Gunmen who are as much robots as Tom and Jerry are a real cat and mouse.

and what about wall-e? I think we lack of a better power plant to have any chance of a functional mech, but with some time..

if u like mechs youd all love armored core