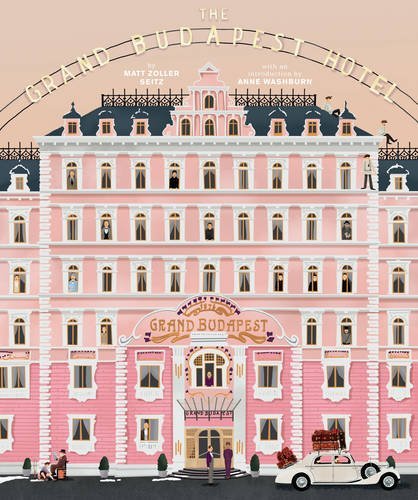 The author Matt Zoller Seitz is the same guy that brought us the The Wes Anderson Collection. Instead of featuring several films in one book, now we have one book dedicated to one film.

The book was more detailed than I expected in terms of writeup.

There are lots to read with interesting details on film making, the intricacies of coming up with the script, production design, visual effects, animation, music, influences and other forms of aesthetics when it comes to directing the film. In addition to the essays and Q&As, there are pages of scripts, behind the scenes photographs, beautiful artworks and even some excerpts from Stefan Zweig's writings that inspired the film.

Several sections go into detail analysing the film, and in Seitz's interview, you can see how Wes Anderson dissects his film and thinks about film making. It's an insightful look into the mind of a creative director. There's also a section that talks about the 4:3 format that was used for majority of the film, how it works with selected scenes as examples.

The book's a huge 256-page hardcover. It will take a while to read with all the content included.

Highly recommended to all Wes Anderson fans or film buffs.