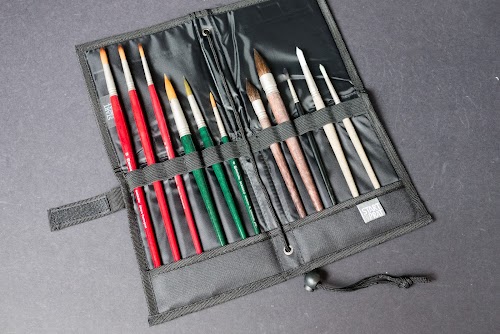 This is the Prat Start Brush Holder and Easel. Prat is the company and Start is this particular product. 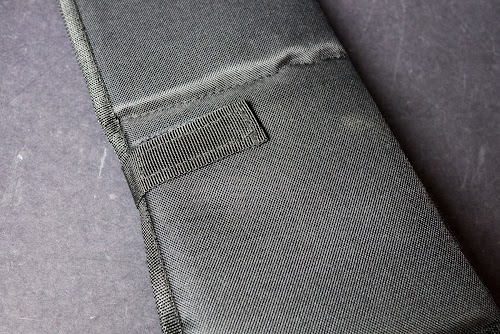 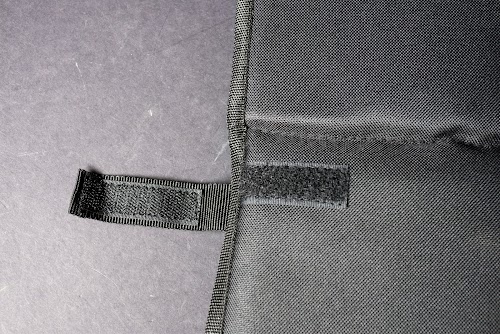 There are six slots on each side. The slots are big enough for some of my thicker brushes. They are elastic, so they can hold thinner brushes tight without them moving. There's also some sort of cushion backing.

In total, there are 13 slots, including one right in the middle. Some slots are larger, so you can fit maybe two brushes in those slots. 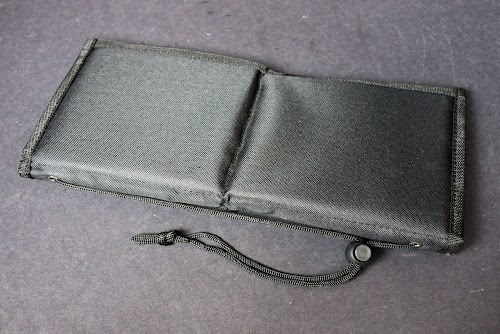 On the back of the holder is a plastic stopper that you can use to shorten the string to make the brush holder stand. 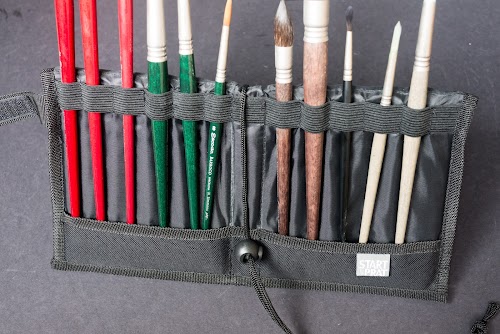 It's quite inconvenient to have it at the back, but you can untie everything and put the stopper in front which is what I did. 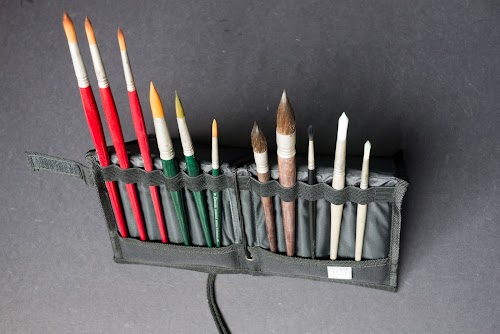 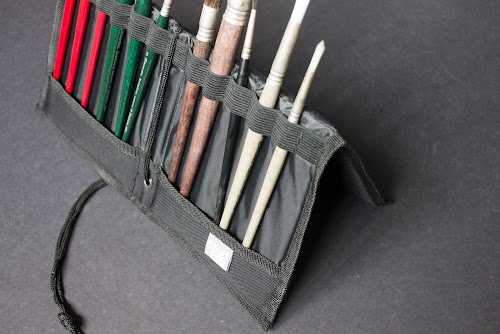 This is how it looks brush holder looks standing up, doubling as an easel. It's easy to pick brushes, especially for outdoor sketches who put this on the ground.

The maximum length of brush I suggest would be 32cm, and longer and you will see the brush hair coming out of the holder.

This a good brush holder with a smart design.

On Amazon, there's another alternative called Prestige Brush Holder and Easel which I've also reviewed. These two are essentially the same thing. Some differences though. Prestige is cheaper, but it's thicker because of the thicker cushion backing. Definitely go for the cheaper one since the two are mostly the same with minor differences.