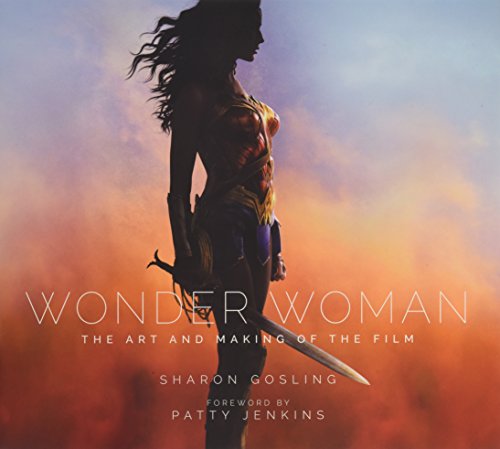 I'm a fan of the film and I'm glad there's a wonderful artbook to go with it.

Note that this book is actually an art-and-making-of book so the content is a mixture of photographs, film stills and artworks. Normally, I would prefer to have more artworks but the photos show off the scenes and costumes well. Actually, I feel that there should be even more photos of Gal Gadot or Wonder Woman. Costume designs for the film are done really well. The adaptation of Wonder Woman's comic costume into the movie costume is fantastic.

The artworks are mostly for scenes that do not have physical sets or props. For example, the concept art are for Themyscira, Ares, Isabel Maru aka Doctor Poison's lab, and other heavily CGI scenes shown in the film.

The text talks much about the film production process and it's interesting to read. Through the text, I learned that many scenes were actually created with green screen technology. Remember the boat scene with Steve Trevor and Wonder Woman? That boat never even touch water. There are also photos showing how the beach fight scene was shot, and how they rig the cameras to move in the ballroom scene.

Some storyboards are also included.

If you're fan of the film or Wonder Woman or Gal Gadot, this book is a must buy. Downsides would be the artists aren't credited. Some illustrations are obviously be Alex Ross, and one's from Adam Hughes if I'm not wrong.

This review copy is provided by book distributor Pansing. You can get the book from major bookstores in Singapore and Malaysia.

This review copy is provided by book distributor Pansing. You can get the book from major bookstores in Singapore and Malaysia.