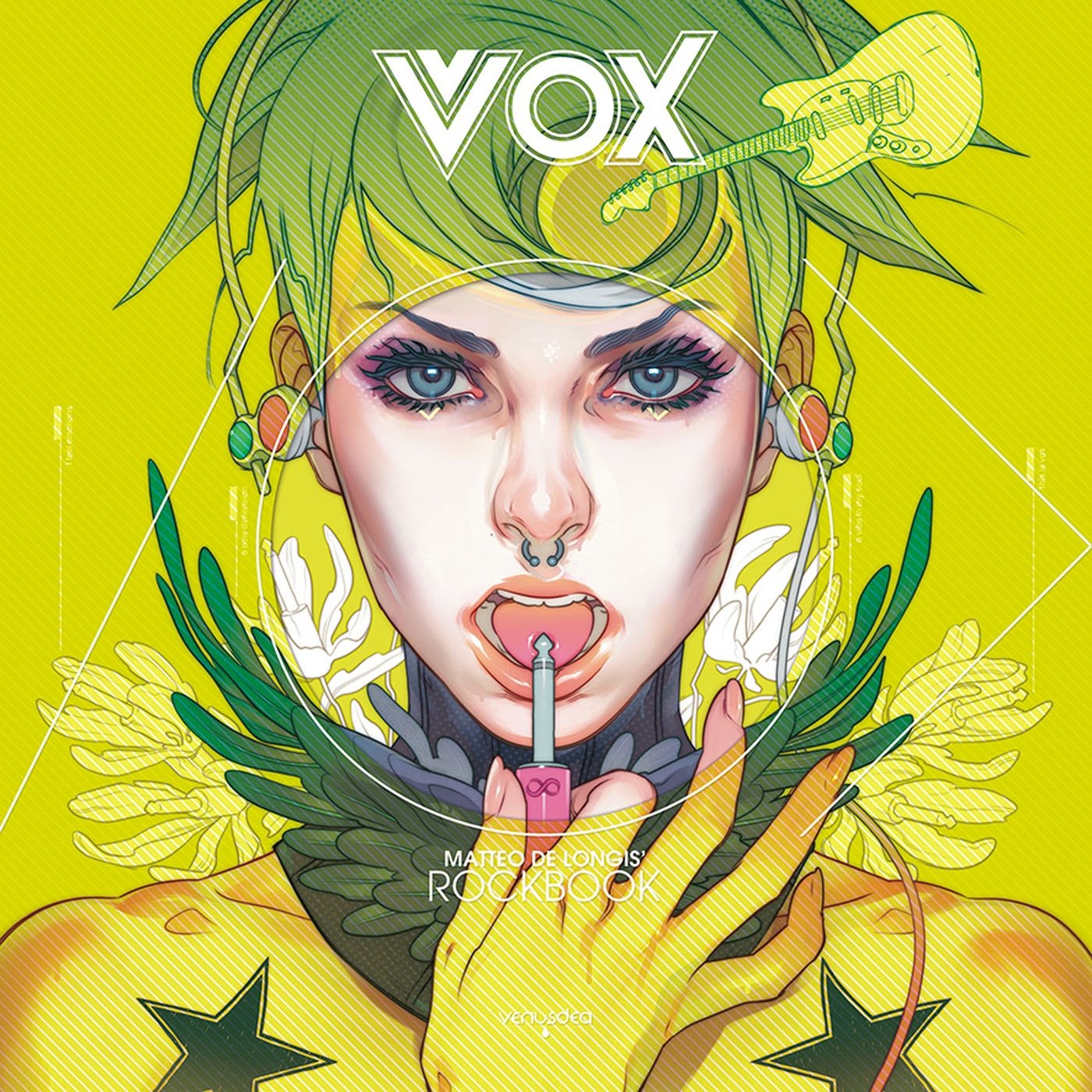 VOX is the artbook of Italian illustrator and designer Matteo De Longis.

It's a 88-page paperback artbook that comes with a yellow slipcase. It's square format measuring about 16+ inches diagonally so it's quite a large book.

One of the highlights is the specific use of colours.

The cover uses a yellow that's quite striking — very likely a Pantone colour. That colour in its pure form is repeated on the inside pages and really adds at extra punch to the illustrations, such as when it's used to colour the audio cables. The two other strong colours are the magenta and cyan, again very possibly Pantone because of their intensity.

The artworks are beautiful and huge. The colour scheme seems to be variations of print colours cyan, magenta an yellow. The art is actually drawing in comic style with outlines. There's a soft touch though as the outlines aren't exactly black. Overall, there's this nice tinted feel to the illustrations.

The illustrations inside are music and rock inspired. The opening pages have comic panels of a rock chick in plugging in her electric guitar and playing against a bright yellow background while the speakers are spewing out cyan audio waves.

You'll see a lot of rock chicks in the book actually. Most seem to be carrying electric guitars. That or electric machine gun guitars. There are also astronauts, guitars with wings, birds with transistor for heads, retro cars and even cityscapes.

In one piece, there's this giant woman laying down among the skyscrapers of a city. In separate panels, you can see a military chopper flying over her big eye, another panel is a ground up shot of her fingers among buildings. The last panel is the typical city-dwellers-walking-along-a-street scene with tall buildings in the background and even further back we see her breast and nipple rising like a mountain. That's the juxtaposition.

Then there's also the huge naked female torso submarine. The perspective used for that piece is masterful.

This is a fantastic artbook. Highly recommended.