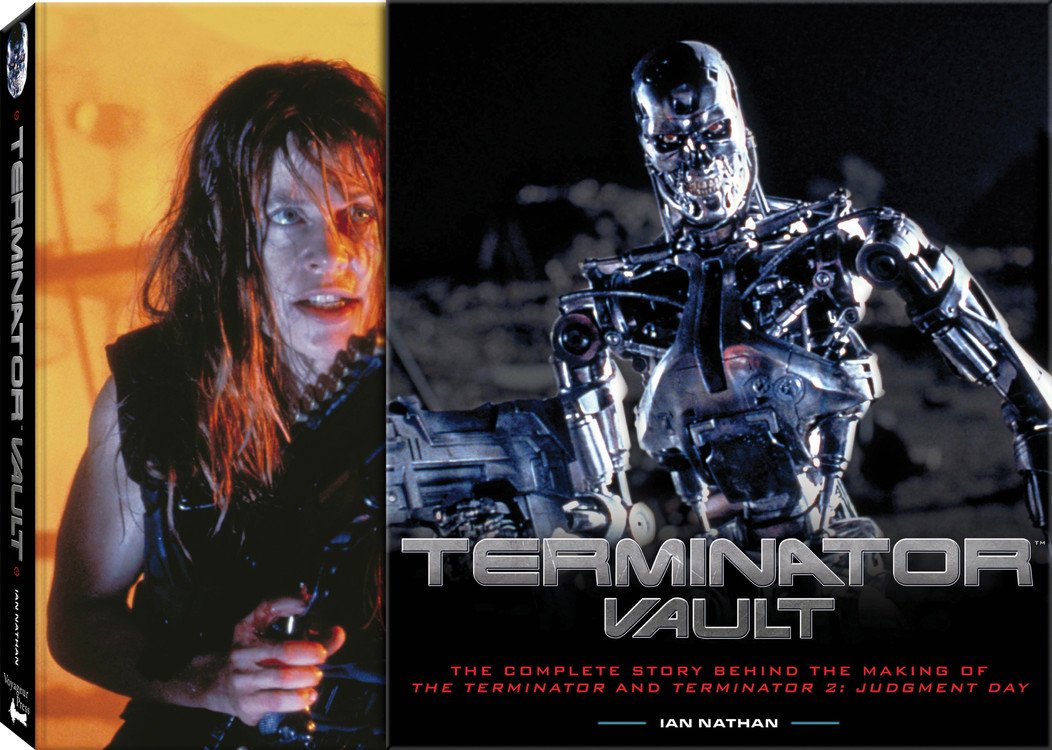 Finally, the movie companion for Terminator is out. That took a while, since the movie was released in 1984. It's a pretty timeless movie though, T1 and T2.

Well, Terminator Vault is an excellent movie companion. It's a 176-page hardcover presented in a slipcase. Presentation style is similar to Alien Vault: The Definitive Story of the Making of the Film. Author of both the books are Ian Nathan.

There are interviews with James Cameron where he talks about all the troubles that came about from filming. You'll read about the politics behind film-making, staging the set, creating special effects of the morphing Terminators and more. The write-up is very detailed and intriguing. The book only covers T1 and T2 with brief mention to T3 and Terminator: Salvation.

The included pictures are film stills, behind-the-scenes production photos, storyboards, some artworks and miscellaneous stuff like movie posters. There are a few pockets between the pages holding removable items, such as a Czech movie poster, or the Polaroid that John Connor gave to Kyle Reese to identify Sarah Connor.

Highly recommended to fans of the movie. It's packed with lots of interesting stuff to read.

Terminator Vault: The Complete Story Behind the Making of The Terminator and Terminator 2: Judgement Day is available at Amazon (US | CA | UK | DE | FR | IT | ES | JP | CN) and Book Depository