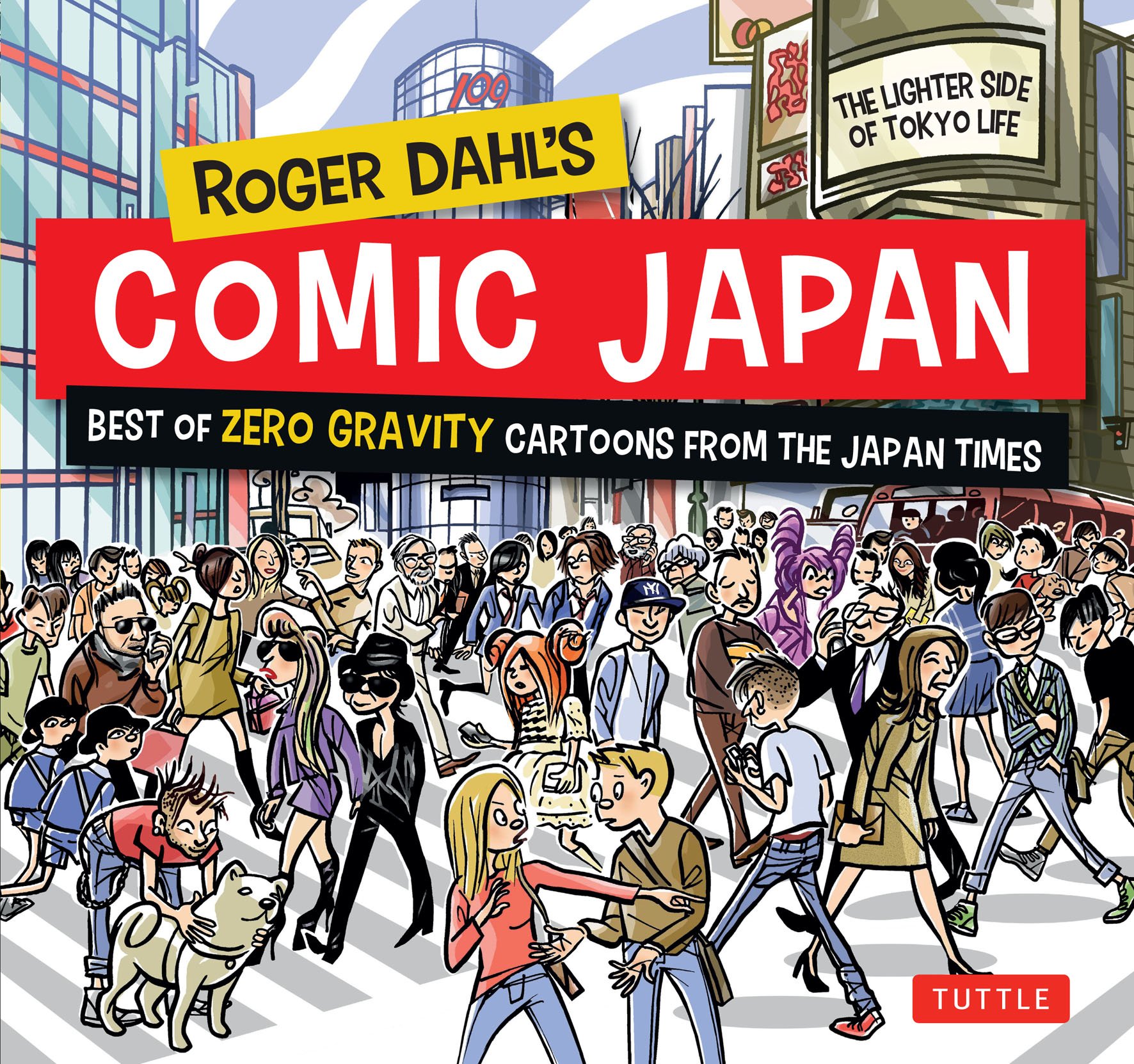 Roger Dahl's Zero Gravity is a humorous comic strip that looks at how life is like from the eyes of a foreigner living and working in Japan. The comic strip runs weekly in The Japan Times.

Zero Gravity has been around since 1991 and for the first time it has now been compiled into a book.

The comics take a light-hearted look at the the life and culture in Japan. The book's split into chapters namely Surviving, Relationships, Work, Language, Seasons, Culture, Food, Shopping and Travel, and Junko (a traditional but sassy Japanese grandmother).

The main characters Larry and Lily are English teachers in Tokyo and we follow them around as they experience what it's like to be in a totally foreign environment. There are many humorous incidents, awkward moments and sometimes things that just can't be explained (like Santa and a group of Elvis greeters in a glass box).

It's interesting to see the subtitles about Japanese culture in action through the characters.. There are so many aspects that are different to other countries, like how they recycle their waste, the working class culture, etiquette, how the seasons affect people, the weather, relationships and many more.

The book should appeal more to those who like Japan, or who have lived or visited Japan and can identify some of the events. It's am amusing look at life in Japan from the eyes of a foreigner. For those coming in cold, you might get a bit lost at some of the jokes, I know I did.