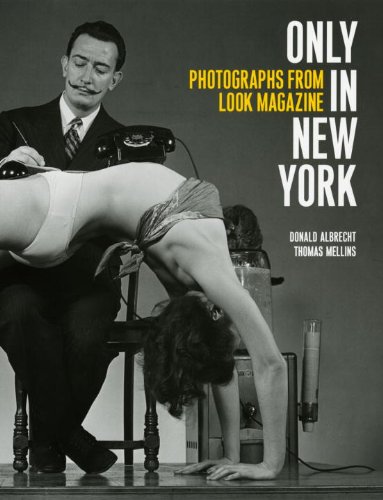 Look always seemed to be in Life's shadow, not quite the essential read for every middle-class home (maybe being a fortnightly had something to do with that) but I always thought it looked a classier mag than Life in the late fifties and sixties. Art Director Allen Hurlburt did wonders with great photos on the page and some of the Editors produced excellent editorial features. In particular I remember Marilyn Kator's food and lifestyle features which always had fine photography.

It's unfortunate that this book really doesn't capture any of the magazine's sparkle from its later years. Not necessarily the fault of the photos, there is work here by Arthur Rothstein, John Vachon, Frank Bauman, Phil Harrington, Bob Sandberg and Stanley Kubrick among others. I'm not sure why Kubrick should have so many of his photos included though he did do over three hundred assignments for Look, his photos are certainly no better that the other names I've mentioned.

The book's editorial format seems at fault. The photos, I assume, all appeared in the magazine and perhaps a better way of featuring them would be to have one or two big ones and reproduce a thumbnail of the spread or page they appeared on in the magazine. There is plenty of empty page space throughout the book that could have been better utilized for a much more dramatic presentation. After the intro this is just a book of photos about New York with no visual reference to Look at all.

'Only in New York' comes across as a half-hearted presentation of photos that originally appeared in the magazine. A much better job was published by Abrams in 1975: Look Book a title of coffee table proportions with 484 photos (162 in color) taken by some of the world's great photographers and also contributions from lots of writers. Nicely it can be picked up quite cheaply.

One of the more interesting photos that pulls you into the frame. Crowds looking at a couple of billboard painters at work with a model up there, too.