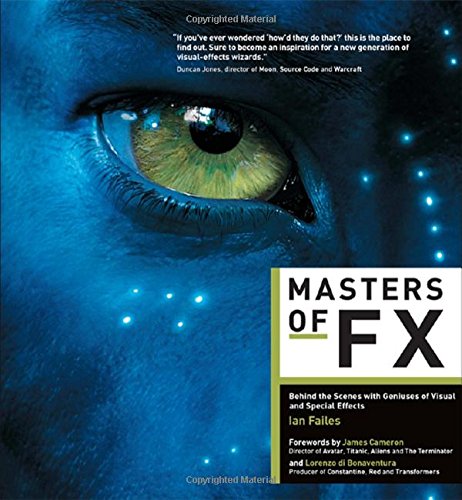 This book should have been part of the FilmCraft series of books that were published by Focal Press and ILEX. The presentation style is similar and that series is just lacking a book on visual effects.

Masters of FX is a book on that goes behind the scenes to show you how visual and special effects are made. This is done through interviews with 16 top VFX practitioners in the film industry.

I've not heard of all these people but the movies they have helped made are films like Ghostbusters, Star Wars, Inception, Minority Report, Lord of the Rings, Life of Pi, Planet of the Apes reboots, Jurassic Park, Captain America and other classics and big budget blockbusters.

It's fascinating and interesting to read about how visual effects were created for the old movies like Ghostbusters, Terminator and the recent ones such as Interstellar or Avatar. Each of the VFX supervisors would talk about selected sequences that are from the films, e.g. the folding Paris blocks in Inception, and explain the technology involved. Even after reading the explanation, it's still quite awe-inspiring to learn about how those effects are actually created. Those people working in the VFX department are amazing.

Many of the supervisors have worked on the same films so there are sections where the films are mentioned a couple of times throughout the book.

This is an illuminating book that provides insight into how VFX are created and used in films. It's like magicians explaining their magic tricks.