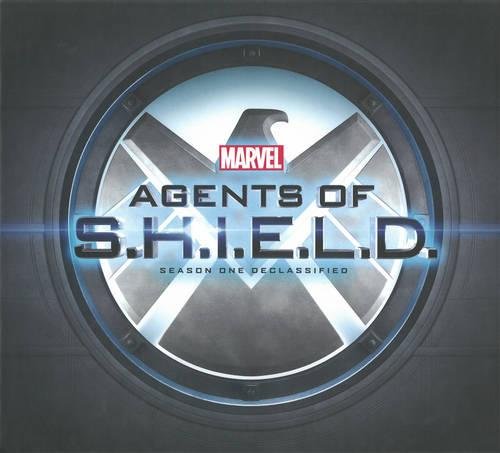 When I knew about this book in early 2014, it was actually titled 'Marvel's Agents of S.H.I.E.L.D.: The Art of the Series'. The title changed midway before the actual release to what we have now. Marvel's Agents of S.H.I.E.L.D.: Season One Declassified is the visual companion to the TV series that aired in September 2013. While there are some art and graphics, the main visual element in the book is photography.

The book comes with a thick slipcase that reminded of The Art of Captain America: The First Avenger because of the circular design on the cover.

The 240-page hardcover is designed sort of a like a dossier. It starts off with an introduction that looks back at the comics that the series was inspired by. You get to read about Phil Coulson and the the character profiles for the other agents. Because Phil Coulson's character started off from the movies, there's quite a bit to read on his part in the movies as well.

The main bulk of the book looks at the production of each episode in the series. The detailed writeup talks about how filming was done, the sets and the story. It's accompanied by lots of behind the scenes photography, graphics for the set and props, and nice little profile of the crew members and their responsibilities. It's an insightful read that should delight viewers who like the little details, easter eggs, especially when Marvel is trying to link everything together in the Marvel Universe.

The chapter next collects the tech and costumes that were featured in the shows. You get to see airborne command centre, Lola, other weapons and equipment. They included only a brief description of how each item works and no other commentary which is puzzling because the previous chapters are so detailed. The costumes are pretty standard suits that agents like to wear, and nothing too special. The more interesting part for the costumes section is the Deathlok body armor.

This is a good informative companion for those who like the TV series and would want to learn more about the actual filming and interesting stories during production.