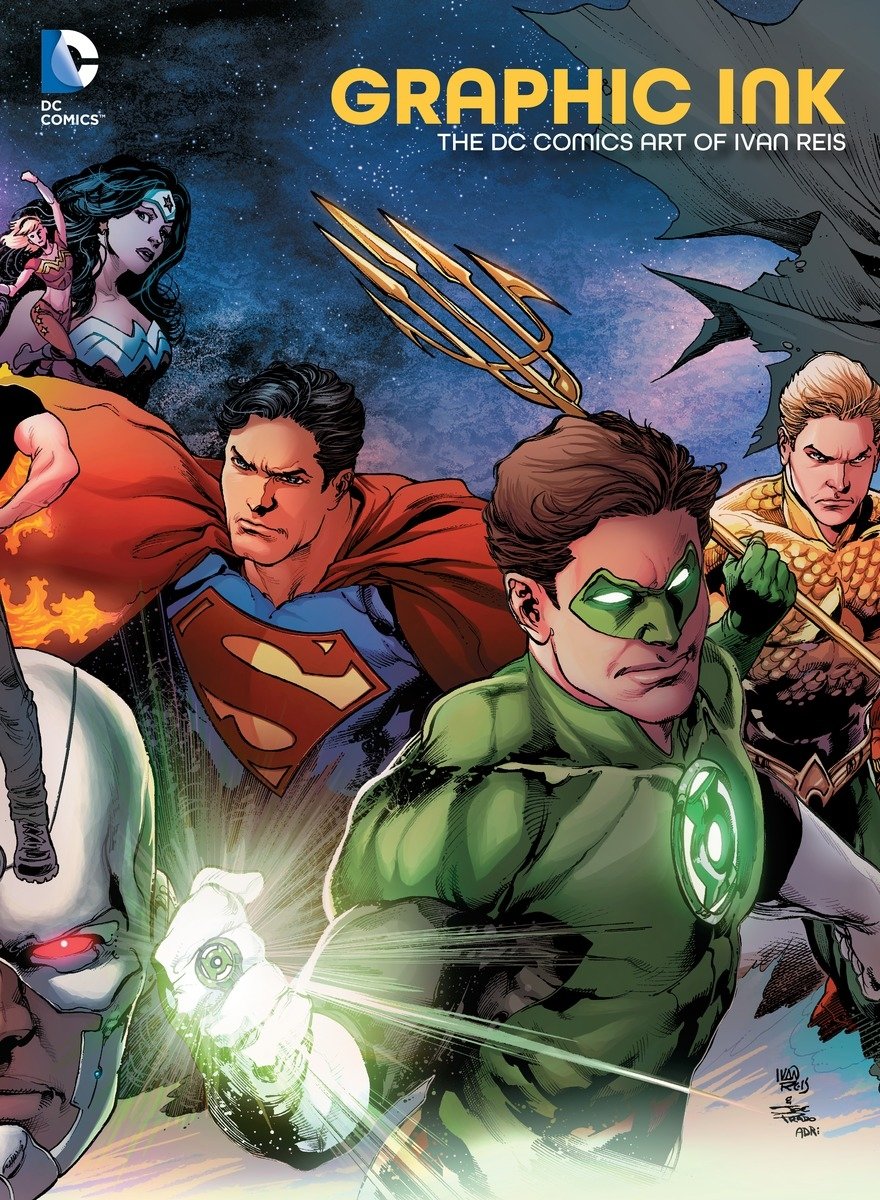 The Graphic Ink series that DC has published recently are turning out to be wonderful tributes to the amazing comic artists that are working in the industry today. This latest book that focuses on Ivan Reis is another great addition to the series.

Note that the book has 426 pages instead of whatever incorrect page numbers some websites have listed. It's a huge and thick hardcover. The print and production quality is high and it's really worth the money.

This book features selected comic stories and splash art pages and covers. The artworks are fantastic, as expected from Ivan Reis. Each page is incredibly detailed and stunning to look at. When you look at the volume of work in this book, it becomes awe inspiring. The work is really top notch, including the inks and colours by other artists.

The included stories are: