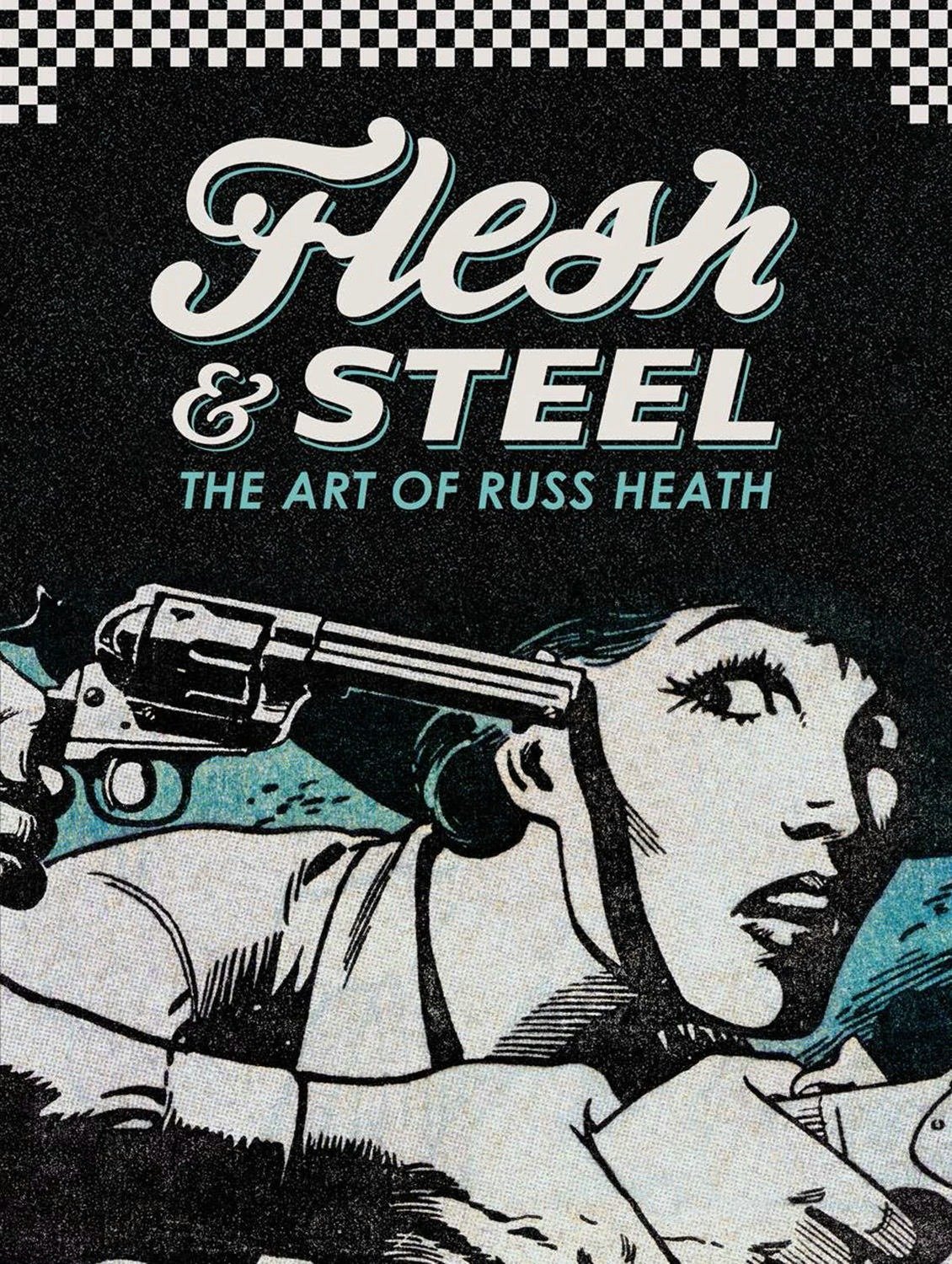 Publisher IDW hits another one out of the park with this artbook on Russ Heath.

Flesh & Steel: The Art of Russ Heath is also the name of the exhibition that was held on 24 January 2013 at Casal Solleric gallery in Palma, Spain. So this is the companion book to the exhibition and it even uses the same logo which is embossed on the cover.

This book chronicles Heath's entire career from the time when he was freelancing for comics in high school to working for DC and Marvel later on. His blibliography and comicgraphy starts from 1944 to a decade into the 21st century. There are over 50 years of artworks included, a mixture contributed by other collectors, publishers and many previously unseen personal works.

Heath is a very versatile artist and has worked on a wide ranging number of genres, drawing soldiers, gladiators, dinosaurs, Dracula, for Playboy and many other subjects. One thing he doesn't draw much are superhero comics. The art is fantastic with wonderful inking and preference for realism.

His best works are arguably for the exciting Our Army at War, Haunted Tank and Sgt Rock which are prominently featured throughout the book. He has also worked on numerous Western stories and had many of his personal cowboy paintings shown in the first few pages. Other titles he has worked on included Sea Devils, G.I. Combat, Little Annie Fanny, Creepy, Vampirella, The Lone Ranger and many more.

To record Heath's work over the decades is an incredible challenge. People who read his comics back then are probably many decades older now. So everything you read in the book is nostalgic in a way, and a reflection of those times when the comics were published.

Florentino Florez spent three years curating all the artworks and wrote the extensive text that fills this huge 320-page hardcover artbook. Text is in English and Spanish.

Great book for all fans of Russ Heath.