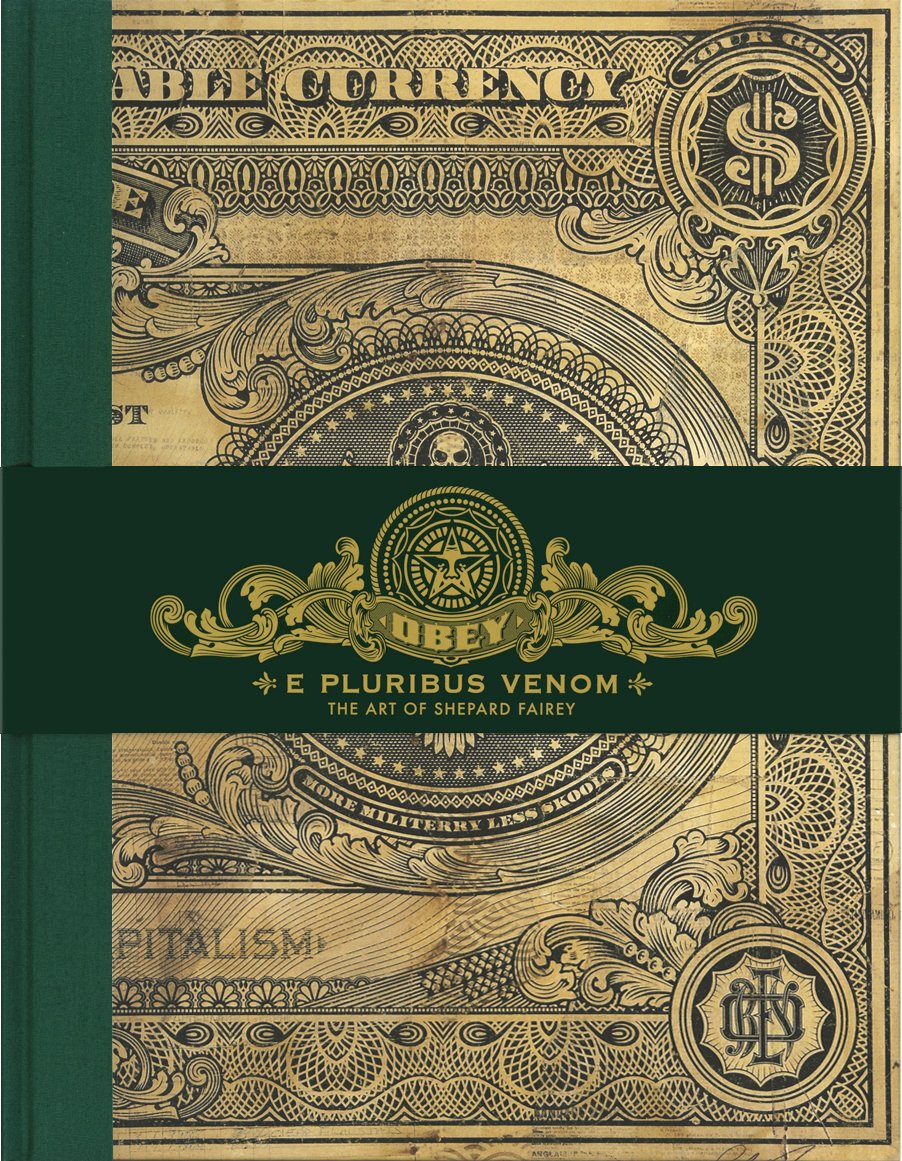 Frank Shepard Fairey is a contemporary artist, graphic designer, illustrator and even DJ who emerged from the skateboarding scene. He's also a very prominent street artist, or a street vandal as the police would call him, having arrested him several times. But he's "one street vandal who has made good" as quoted by New York Times.

E Pluribus Venom is actually the name of the art show Sheppard Fairey held in late June 2007 in at the Jonathan LeVine gallery in New York City, and a temporary installation space in Brooklyn. Over 3000 people RSVP'd for the event. This book is a collection of his art work and photos from his exhibition.

The title E Pluribus Venom, which translates as "Out of many, poison," is derived from "E Pluribus Unum" (out of many, one), an early Latin motto adopted by the U.S. government that appears on U.S. coins and dollar bills. — from the book

His public posters are noted for iconic images created using a limited colour palette of mainly red and black. There's a very propaganda-style to the illustrations, using star burst effects, strong patterns, currencies as design elements. The result is a very textural feel. Many iconic images are reused with different backgrounds and collages, blending together to create the same visual impact as pasting posters over concrete brick walls.

Some of the messages are quite strong such as a piece on public service which shows an Obey policeman and says "I'm going to kick your ass and get away with it." Many other striking pieces play on the theme of war and the authority, such as the ones which put roses into barrels of guns.

This book should appeal to graphic designers and illustrators.

Sheppard Fairey has released a few books. If you just want one book, then you should check out OBEY: Supply & Demand - The Art of Shepard Fairey, which is the 20th anniversary art book. It has quite a few illustrations that are feature in this book.

You can check out more work at obeygiant.com and www.thegiant.org