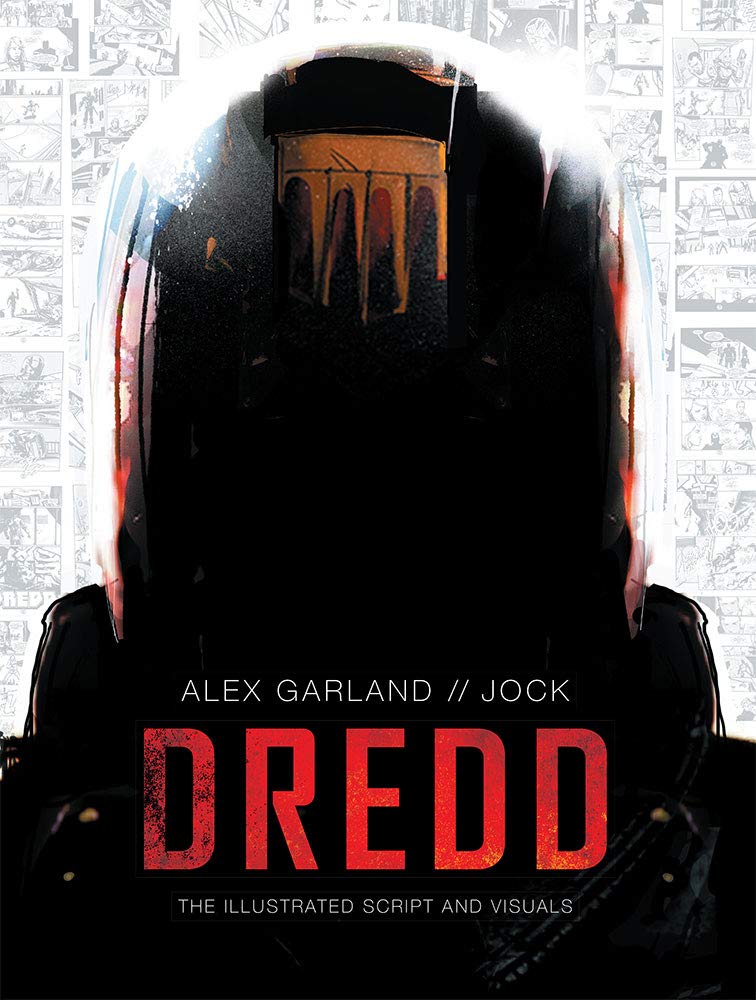 This is quite a good companion to the 2012 film Dredd. It has the full script for the movie and also the a complete graphic novel adaptation.

I like the layout of the book. The left page comprises the script, concept art, film stills, photographs of props and artist commentary.

The artist is Jock who got into the job because he took it upon himself to create several unofficial Dredd concept artworks that got picked up the British film production company DNA Films.

Based on the script that Alex Garland has written, Jock adapted that into a complete graphic novel that's pretty loose in style but with enough details to make out what's going on, and it also works like storyboards. This is actually the comic book that was distributed to the financiers and crew. The story is pretty straightforward and Jock's interpretation in graphic form is quite strong visually — I guess that's why the movie was made.

Overall, it's a good book worth collecting for Dredd fans. It works well even you haven't watch the movie.