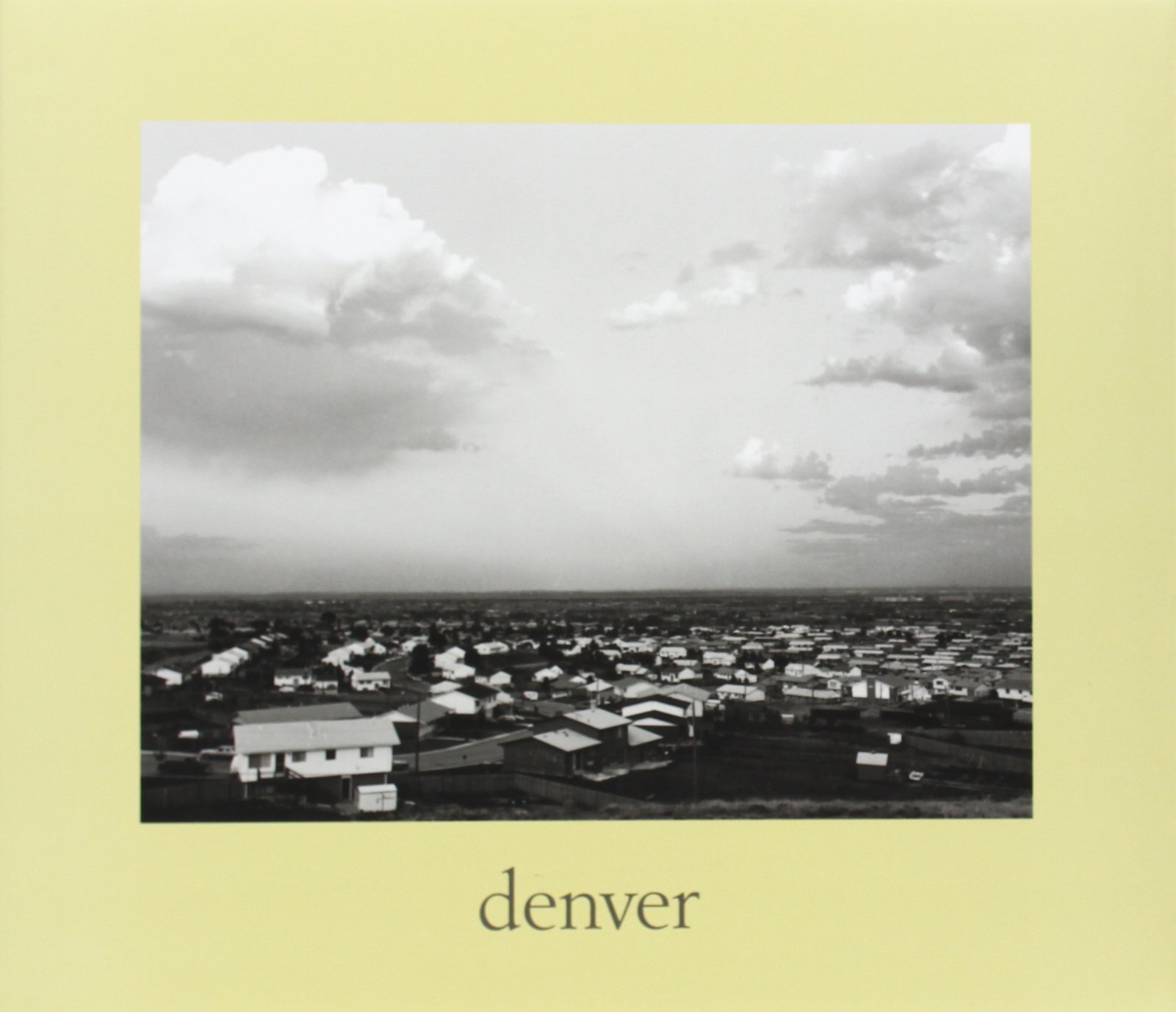 Revised and superior in every way

I think The New West, published in 1974, as setting the scene with chapters titled: Prairie; Tracts & Mobile Homes; City & Foothills and Adams then localizes it with his remarkable photo essay: denver (originally published in 1977). This revised edition is the perfect photo book.

The five chapter's present Denver, from the perspective of four years from 1970, as a vibrant growing Western city and Adams artfully covers the expanding suburbs into the countryside with a detached eye. The commercial core, with its predictable high-rise towers is virtually ignored (summed up with just one photo).

One thing that makes the book work so well is the sequencing and Adams mentions that in the original version he left some pages blank which he now thinks breaks the pace so this edition has an image on each page. I noticed that many photos tend to divide the frame into horizontal sections and nicely every few pages there is a photo where uprights are dominant. Several spreads have darker photos facing lighter images. This all contributes, perhaps unconsciously, in the viewer a feeling of satisfaction as the pages are turned.

It's all very well having stunning photos but I've seen (and own) several photo books where the actual book detracts from the contents. With denver everything works perfectly. The design was by Katy Homans, who I felt contributed to the success of several Lee Friedlander titles, Thomas Palmer did the separations and you can see how good these are by looking at the sky in any of the photos. You can see clouds and texture which in many photo books just fade into the whiteness of the paper. Meridian Printing did their bit too. You don't see many books that are printed in six hundred line screen and with denver there is a spot varnish to almost lift the images of the page. A beautifully produced book of stunning images.

Book collectors are going to be in a quandary with this edition. It has twenty-six more photos than the original, better pacing and far better printing. The first edition has increased in value and I expect this one will too because it is a superior version.