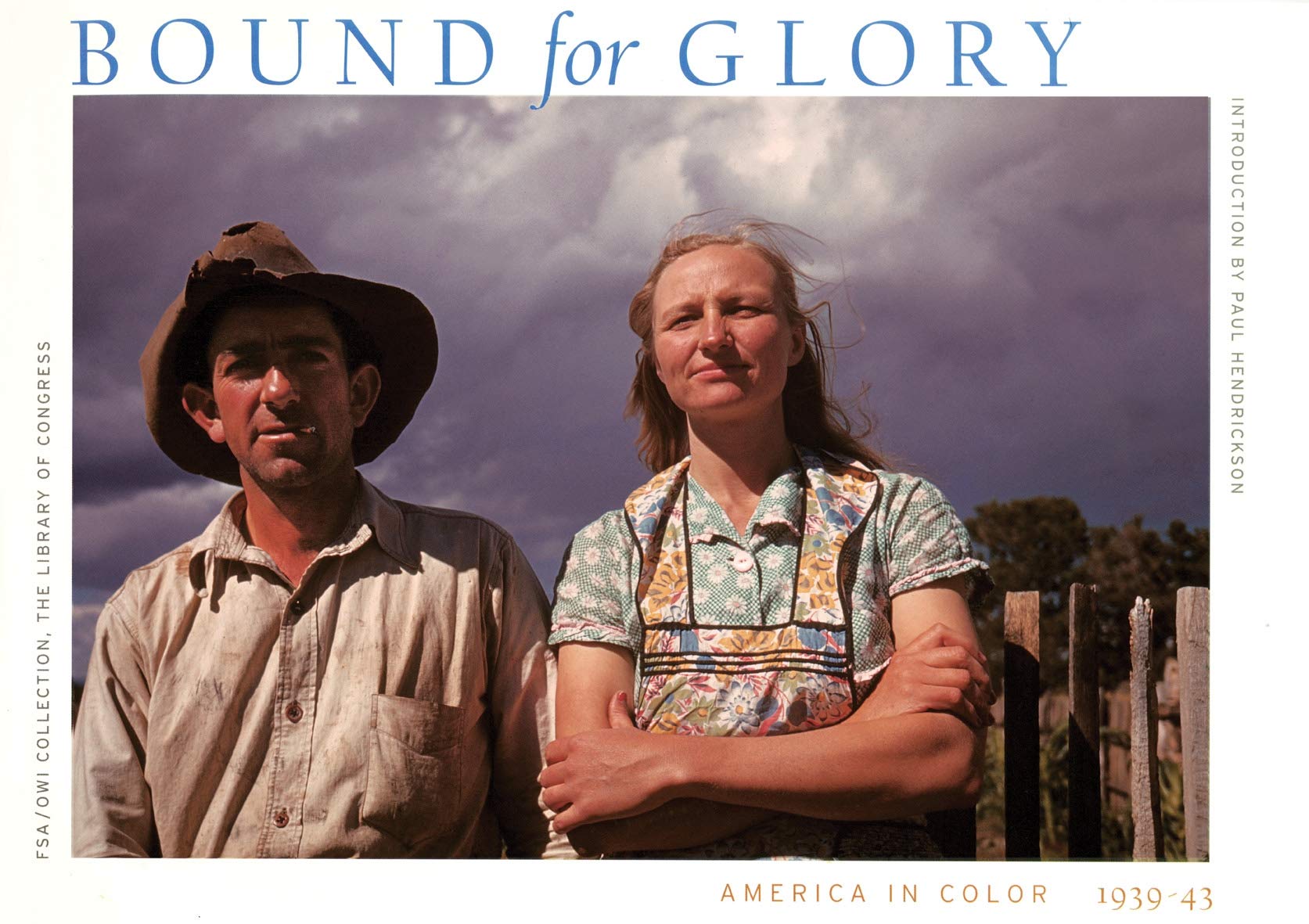 The color of memory

In Paul Hendrickson's introduction to this wonderful book he suggests that many people (including himself) sort of believe the Great Depression existed only in black and white. I'll agree with him because having collected a few dozen books devoted to FSA photos it is strange to see color photos taken by the same small group of brilliant photographers who took thousands of monochrome images that defined the Nation's view of the Depression. He also mentions the important observation that most color photos used in print media at the time were for decorative or flamboyant editorial use, in other words color for colors sake and of course color was used extensively for advertising.

With 175 photos the book starts with an FSA view of the countryside and then merges into urban, city and railroad shots and finally images of war production, mostly dealing with aircraft. I don't think the last photos have the emotional punch of the earlier FSA work, they seem more photos of record. Of the FSA section of the book (with sixty or so photos) there are eighteen beautiful shots by Russell Lee taken in Pie Town, New Mexico, he had already taken many photos here, which are now considered some of his greatest work.

The color film used for all the work in the book was the newly developed Kodachrome and perhaps this explains why many photos have an overdeveloped darkness but when mixed with the greens and browns of the countryside, city and factory it gives all these pictures an authentic texture.

I think this is a wonderful book of photos and the addition of color, especially to the FSA ones, reveals an intriguing new look and feel to a black and white vision of the past.