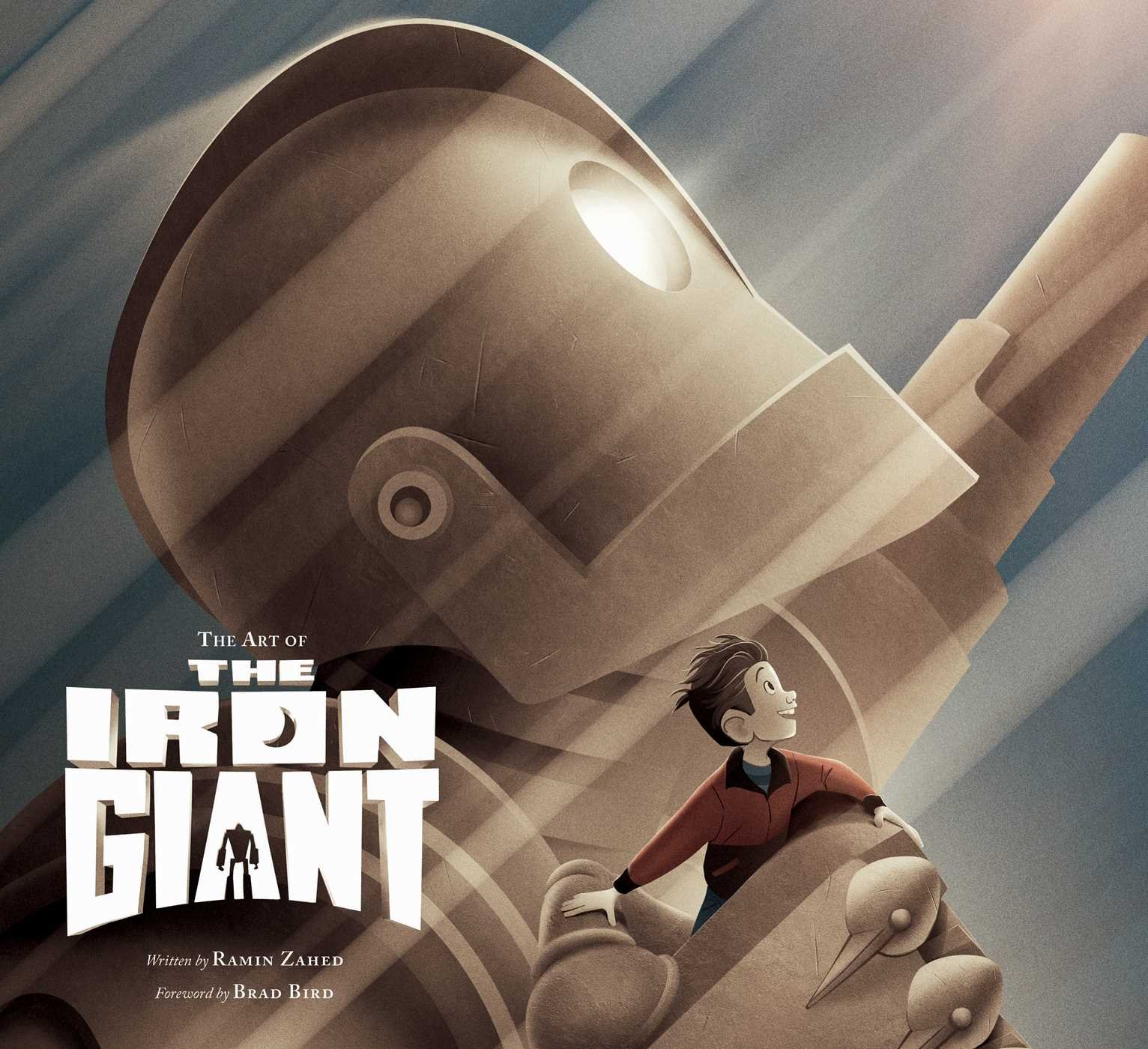 You can probably tell that The Iron Giant is a cult classic when an artbook is finally commissioned years after the film release, 17 years after to be more precise.

This artbook is on the art and making of the film. And it's quite a detailed recollection of how the film was made.

There are lots of concept art for the characters, locations and scenes. This was back in the days before digital concept art had caught on. So most of the artworks were created in traditional media. There are sketches in pencils and coloured pencils, paintings and coloured illustrations. The artworks were done in 2D animation style and they look very different from the finalised version in the film. They are development art created to portray how the film is going to look and feel like.

Some of the artists eventually went on together with Brad Bird to Pixar to work on The Incredibles. And if you have seen The Art of The Incredibles, you will also realised that the concept art there also looked wildly different from the 3D-animated film. It's the same thing here with this artbook. Most of the artworks here are different from the actual animated art used in the film.

The film was originally going to be made in Warner Bros' vision. Thank goodness Brad Bird came along. It was actually quite scary looking at the development art from the pre-Brad Bird days. It's like you could see how The Iron Giant could have turned out in a parallel universe had Warner Bros go ahead on their own.

I've read comments on Amazon saying that the artworks in this book aren't good enough. I enjoyed looking at the artworks just to see the ideas that the artists can come up with. There are also a few dropped scenes mentioned, such as from the giant's dream sequence.

The commentary is fantastic and goes into detail talking about the production process. On how they go Brad Bird on board and how the whole art direction and story changed. Brad Bird is a director that goes against the grain and in this book you'll understand why he chooses to work that way.

Overall, I find this book to be quite insightful. If you're looking for polished concept art, then you won't find them here. If you want to learn more about how The Iron Giant was made and conceptualised, this is the book to get.