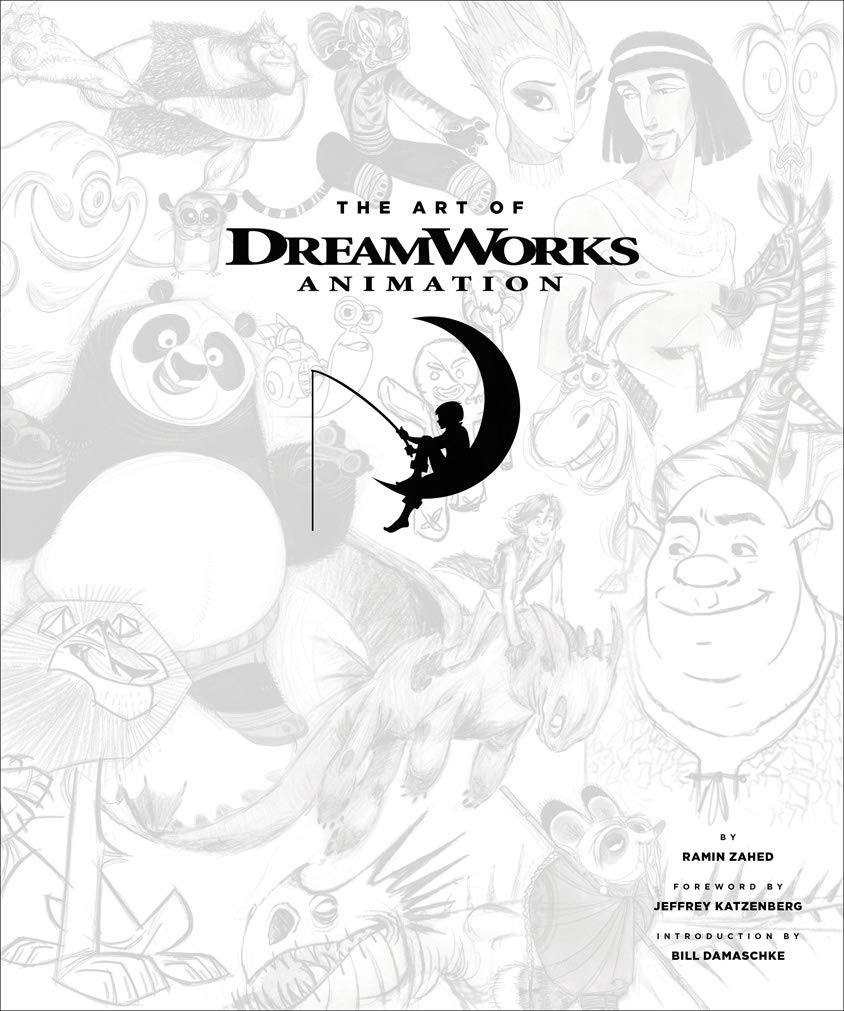 This is an excellent retrospective artbook that looks back the concept art created for DreamWorks Animation films.

It's a huge and 324-page thick hardcover book. It feels very substantial.

Behind the subdued white cover are pages after pages of art. The layout is simple and effective at playing up the beautiful artworks. There are medium sized images to those that extend to the edges.

The films included in the book are

It's a good mixture with some traditional animated and stop motion films in addition to the 3D animated films which represent the trend nowadays.

Note that many films in that list have dedicated artbooks. The Art of DreamWorks Animation collects only selected pieces of art from each film, and many artworks especially from the more recent films are already featured in their dedicated artbooks. Artbooks for earlier films are either non-existent, or out of print, so it's great to see artworks from those films here.

It will still be worth it to get this book even if you have other DreamWorks Animation artbooks.

The artworks featured are absolutely beautiful. It's a thrill to see the concept art and production design. There are character designs, environment art and beat boards of scenes. The quality is just top notch. You get over 300 pages of art for the price of a book, it's seriously a good deal.

I'm glad the most of the artworks are printed huge because you'll want to enjoy the little details that the artists have put into creating the different worlds and settings.

The artworks are accompanied by commentary from the directors and artists who talk about the art and design. I do not like text boxes that overlay onto the art, but I can see they are unavoidable sometimes, especially when the art is printed full double page. Unfortunately, the artists are not credited. I would love to find out who those talented artists are.

Overall, this is an awesome artbook, or a book of awesomeness which is how Po from Kung Fu Panda would have put it.

Definitely one of my favourites for 2014.