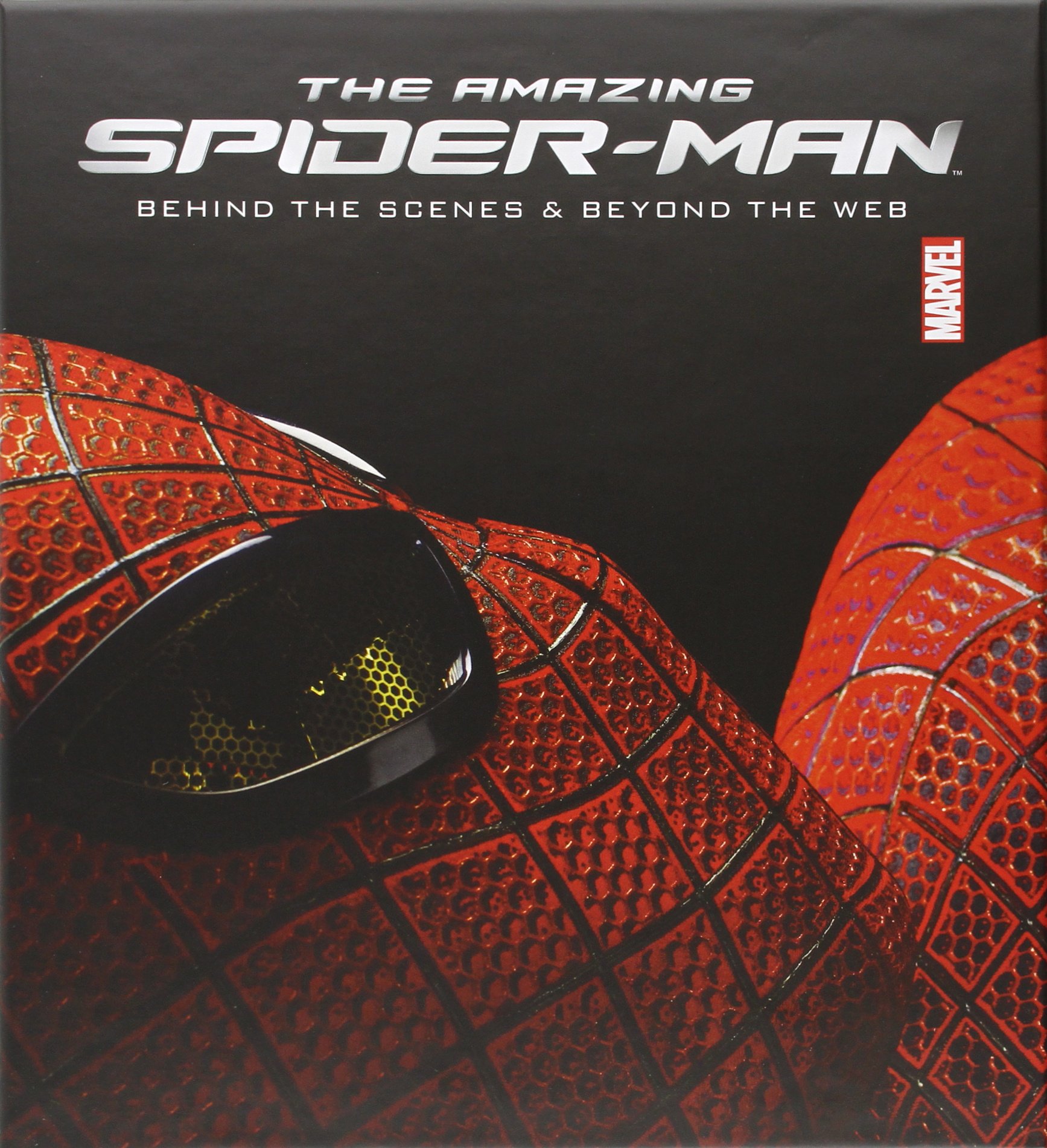 It's the same large size as artbooks of other Marvel movies. This one comes with a slipcase. The hardcover has 224 pages.

The film came out in July 2012 so this book is a few months late. Better than never though.

Almost half the book are of film stills and set photographs. The set photos are mostly portrait style as you would see typically see in magazines. These are generally the non-action shots, e.g. Andrew Garfield in his Spider-man suit standing, squatting or in his typical Spider-man pose when he's not moving. They included a bit too many Spider-man standalone shots. As for the action shots, they are mostly film stills because it would be quite difficult to photograph the characters in action, e.g. when Spider-man is flying, sitting on his thin strands of web, sticking to the roof upside down, etc.

The action comes mostly from the storyboards. There's a substantial amount of storyboards included for selected key scenes, e.g. bridge scene, policemen hunting down Spider-man, high-school battle, Stan Lee the librarian sequence, crane jumping scene, and many more. The storyboards are great, providing the dynamism that the photos and film stills sometimes lack.

As for the concept art, they are for the Spider-man costume, the Lizard with his 3D models and textures, New York environment artworks, and the interiors of various places within Oscorp tower. The concept art coverage is a bit lacking but you must understand the film is based heavily on the real New York and setting so many of the things have already been designed. The only things that are left to design are really the characters and new elements introduced, such as locations within Oscorp. The environment artworks are pretty cool and beautiful though.

As a movie companion, it's quite an enjoyable read, although I wished for even more writeup.