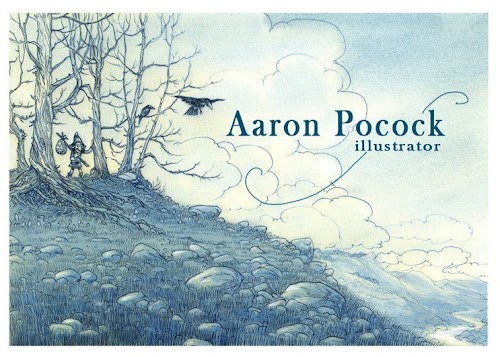 Aaron Pocock (website | blog) is an artist born in England but now lives in Australia. He draws for a living and has created work for children books, packaging design and even editorial illustrations.

He's our guest artist for this instalment of the 5 Questions interview series. 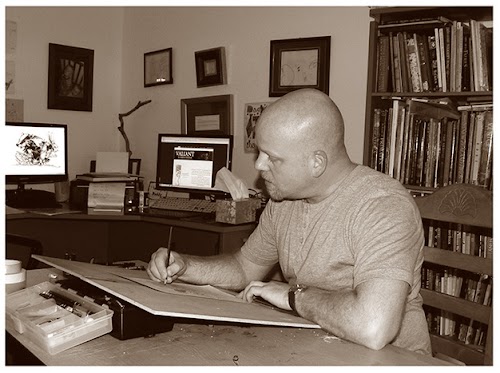 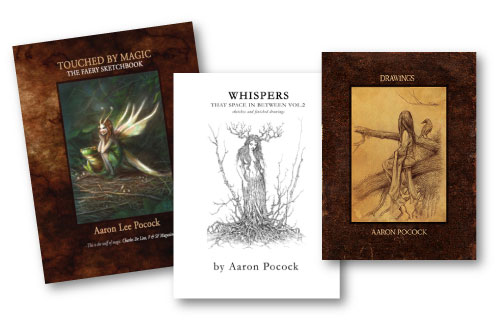 He has self published some sketchbooks and finish drawings recently. 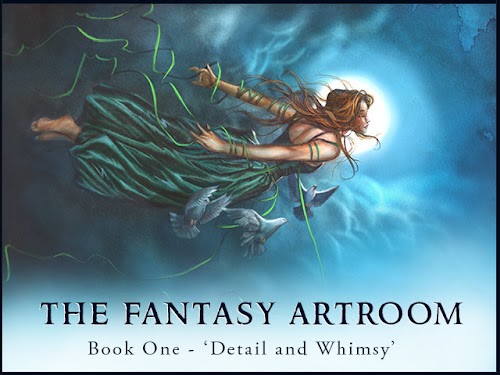 I got to know of his work through his Kickstarter project for a how-to instructional artbook called The Fantasy Artroom. It covers drawing, line art and watercolour painting for fantasy art. Check out the project at https://kck.st/1cEjsqt. It ends on 18 Dec 2013, Wednesday.

Qn1: Can you give us an introduction on how you got started in art, your training and inspiration?

I was a very shy kid. Looking back, I think that is the main reason I became drawn to fantasy art. Firstly it was comics and cartoons, then movies.

As I got older, I think the single defining influence came in the form of the Narnia books, they blew me away, took my imagination to places I'd seen in my dreams. There's something so timeless and real about those books, I don't think anything has had the same impact on me. 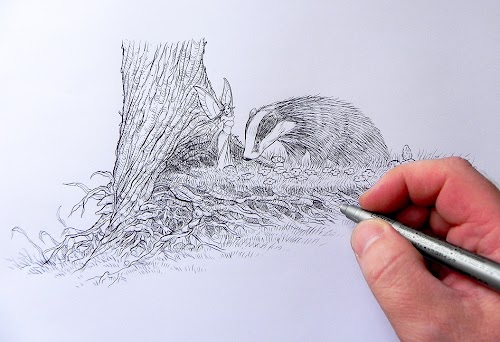 Ever since I was old enough to hold a pencil, drawing was what I loved the most, it was a way to break down those barriers I felt as an awkward kid, dealing with emotions and the like. I always seemed to manage to get attention (often when I wasn't wanting it) from friends, family members and classmates. I carried on doing it because I loved to create my own little fantasy worlds to escape into, much the same as many other artists, I'll wager.

I'm totally self-taught so I've picked up a lot over the years. Initially from copying the work of my heroes, but most commonly through practice, time and effort are the key in my opinion, there's no short cut to learning this stuff, I wish there was. That said, I'm creating this 'How To' book so people can learn things without having to spend the time I spent searching. 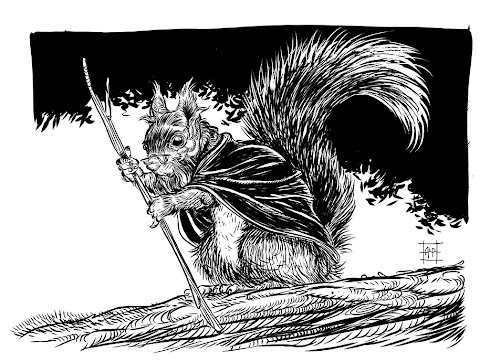 Inspiration comes from everywhere, for me. I look out of my studio and see a dramatic sky, Or the way a bird takes off from a tree or glides across the water to catch a fish, it's not much of a leap to turn said bird into a dragon in my mind. Nature is a big influence on my work, we're very lucky to have such beauty in the world.

Qn2: Since your Kickstarter project is for a how-to book on fantasy art, can you tell us what is it about fantasy art that you like?

Fantasy art is such a wide description of something that covers so many areas, so many things... Creatures, beautiful heroines, powerful wizards, it's a timeless subject and it dates way back since man first started scribbling on rocks. 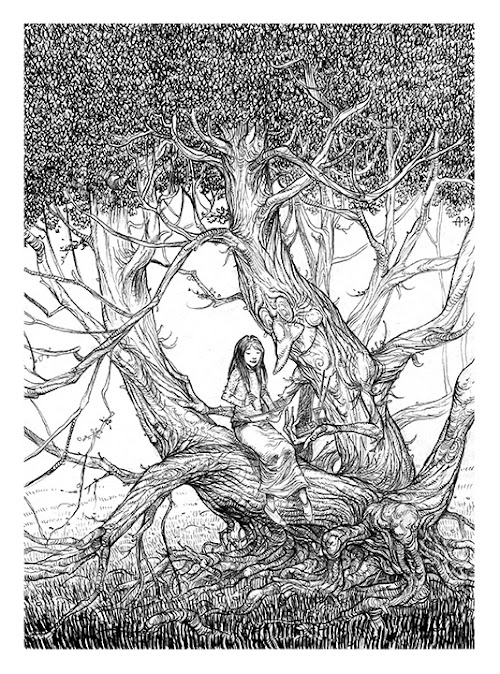 I love it because it gives the artist/illustrator a chance to dream, to imagine. You can create and hopefully if you do it well enough, people will believe in what you do and become immersed in your worlds, or at least in a particular image.

I hear all the time how images of mine have inspired people, to either drift away to an imaginary land, or to pick up a pencil or paints and give it a go themselves.

I love to inspire people, I love to imagine, I love to better myself technically. Fantasy art gives me the opportunity to indulge in all of that. 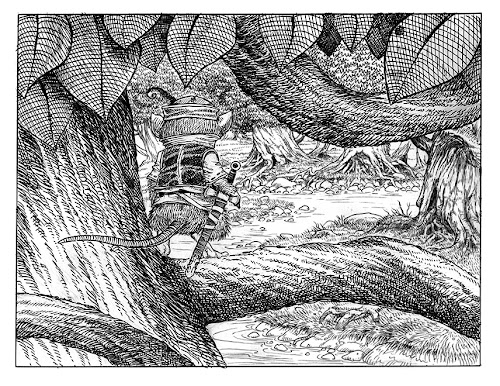 Qn3: Can you tell us some of the fantasy artists that you like?

Fantasy artists that I like?... Well there are so many of them, but I'll go back from early influences and work my way forward, these guys are the ones who 'made' me want to get better, to pursue art...

As a child, John Buscema was a hero. His work stood leagues above anyone else in my eyes. Looking at it now, he's still the man, I got to meet him in the early 90's, he was a lovely guy too.

Then came Marc Silvestri, another artist cut from the Buscema cloth, the raw power in his work stood him above his contemporaries as far as I was concerned, and he's still creating great art.

Next, I managed to befriend a fabulous artist by the name of David Wyatt, I'm sure most of your readers will be familiar with the name... He's responsible for some of the best book covers in the past 20 years or so. David and I used to play music together and I was fortunate enough to have pawed over his original art, which literally turned over everything I thought I knew about art. He's an inspiration to this day...

Via David, I was exposed to another main influence in the form of Charles Vess. As a young 20-something, I sent him a letter with some dodgy photocopies of my art, he was gracious enough to not only reply, but send me a few of his self-published works, copies of the work of his own influences and a lovely hand written letter of encouragement. This changed the course of my art and I think the influence is still evident although my style has developed.

See how one thing leads to another in the art world?

Next, via Charles Vess, I came to know the work of Arthur Rackham. I'm sure many readers will have had similar experience of that first moment they saw a piece of his art. It was all there, everything I'd ever tried to express in my own art. The guy was technically masterful, a wizard with line and brush and his subject matter was/is always believable. Another guy who stood head and shoulders over anyone from his era. His sense of humour is another thing that set him apart. I refer to these guys as my 'Gods'.

Also via Charles Vess came Alan Lee. I own most of the books he's illustrated, simply because his work is so delicate, ethereal, so technically masterful but organic in the way I've not seen in any other artist's work. If I could draw like that I'd die a very happy man. I think Alan ranks up there with timeless artists such as Waterhouse. There's nobody else like him, in my opinion alive today. There are so many more artists I admire, but these guys are the reason I do what I do. 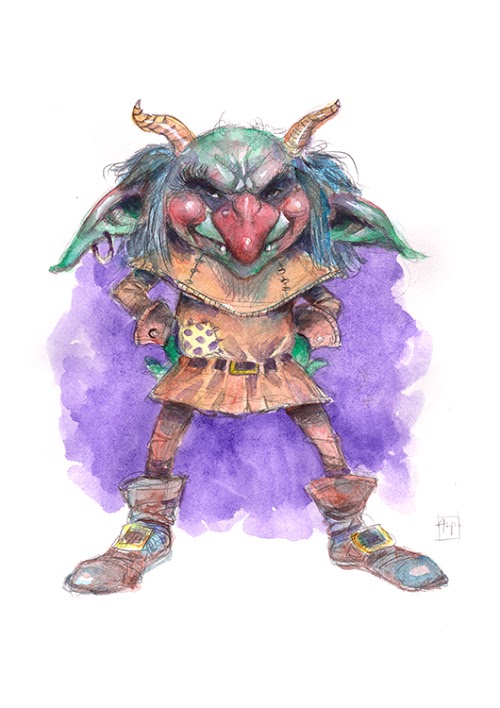 Qn4: I see from your profile page that you've worked with a lot of clients. How do you go about promoting yourself and finding work?

Self promotion is a hard thing for an artist. At least that's the impression I get from people I talk to.

It's never an easy thing to deal with pictures that come from one part of the brain and then flip it over and handle paperwork, talk to clients on the phone, or in meetings, to promote endlessly via the web or whatever, yet, it needs to be done. 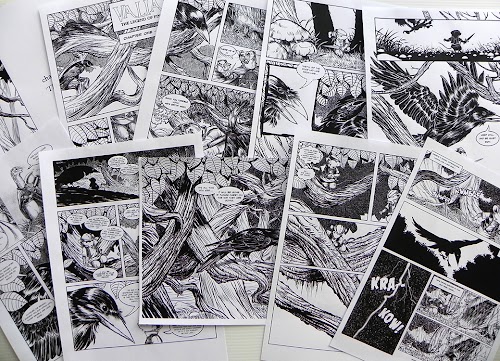 I've had to learn it as I go and I'm still learning. Internet social media outlets are popping up left and right and if you miss them, you miss out.

Building up a following is vital and should never be underestimated as a way to gain an audience, for outlets for your work, and for sales of your artwork. Unless you're very fortunate, slowly but surely is the way to do it. I'm gaining followers every day.

Word of mouth is very important, be a good guy or gal. Don't abuse your position. I've seen many top artists act like idiots and it annoys the hell out of me. Be gracious and thankful for the people who have accepted you.

I answer all of my mail, Facebook messages and the like, these people are the ones who keep us in work, doing what we love, sure, there's a lot of competition out there, but if you love what you do, you'll find a way.

I can't stress enough the importance of developing somewhat of a business-oriented brain, even if it feels completely unnatural. You'll do what you need to do, if you need it badly enough.

Promoting yourself can be exhausting but that's the way breaks come for you. Blogs, websites, social media outlets such as Facebook and Twitter are all important elements in your quest to reach people.

When I illustrated that set of 'Mythical Creatures' stamps for Australia Post, the gig came via them finding me via my blog. Who could have seen that coming, certainly not me.

Exposure is the key. Be nice, make art to the best of your ability and you'll get yourself out there. Join online groups, or art societies in the real world. Make sure your work is seen. 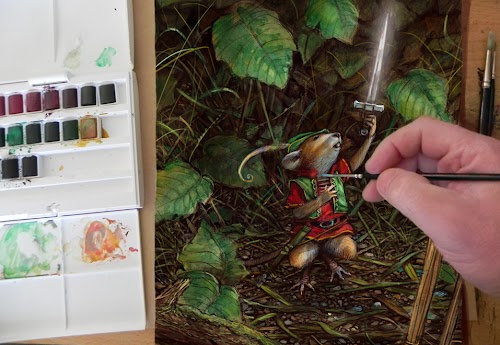 Qn5: What do you know now that you wished you knew when you were starting out?

That's a simple one. Always work to the best of your ability, don't work on projects you can't dedicate enough time to. I have a few arty skeletons in my closet I'd rather keep locked away. Sometimes though, you need those to cringe at as a yard stick. I was young and naïve then. And another things, as I mentioned before, it's important to see what you do as a business, get to grips with that and all the stuff that comes with it. 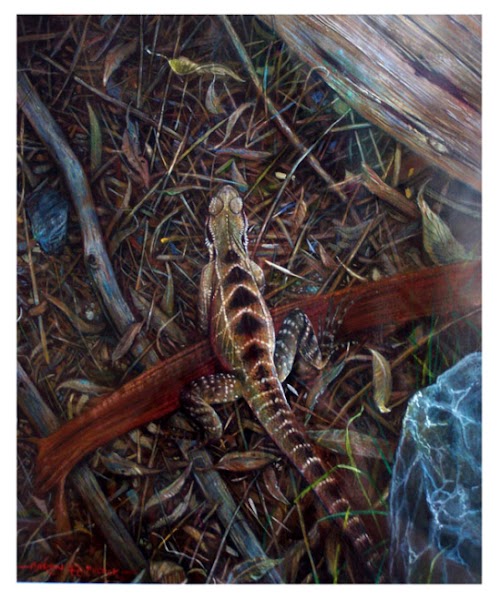 Check out his Kickstarter project for The Fantasy Artroom at https://kck.st/1cEjsqt. It ends on 18 Dec 2013, Wednesday.

Aaron created my look and my house,
and I have melded my character around him.

Major kudos to Aaron for telling
and speaking,
drawing
and inspiring
thousands of keen admirers!