I borrowed this Wacom Express Key Remote from a friend to give you this detailed review. He bought it on Amazon for USD $99. Is it worth it? Let's find out. 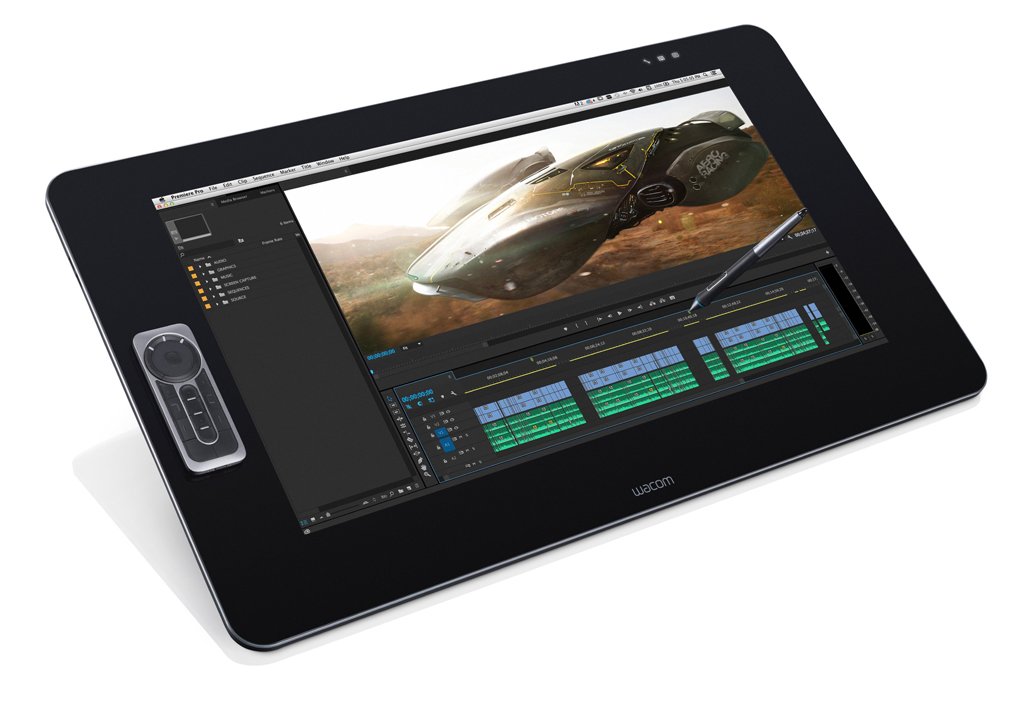 Who is it for?

This is a handy device for artists who use Windows tablets (e.g. Surface Pros) and want an external device to access shortcuts, menus and commands.

It probably makes more sense to get WEKR if you're a tablet user as compared a pen digitizer display user, such as those from Artisul, XP-PEN or Ugee. Because you might already have the table space for a keyboard. However, the extra software functionality might be useful enough for you to consider getting one.

This review is from someone who prefers using keyboard shortcuts. I'm telling you my bias upfront because as you read on, I'll mostly recommend you to use your current keyboard if you have one. And if you have a keyboard, then there's not much point in getting the WEKR. I prefer carrying a bluetooth keyboard then sacrificing the variety of keyboard shortcuts available for a much more compact device like WEKR. With WEKR, you're limited by the settings, but fear not as it's very customisable.

WEKR in my opinion is good for digital artists who use shortcuts a lot, but that much that you need a real keyboard. And you don't type that much so the onscreen keyboard is enough for your needs.

WEKR is compatible with Mac and Windows. Unfortunately, there aren't any Mac tablets, only iOS ones. If you do want to use WEKR, your iPad, and Mac desktop software, you do have the option of using the Astropad app. But if you can do that, I'm pretty sure you already have a keyboard.

Cintiq drivers are required for WEKR to work. It's advertised to work with Cintiqs and Intuos Pro, but I find that it works fine with Intuos non-Pro as well (I'm using the Intuos Draw). By working fine, I mean you get all the features of the stylus such as pressure sensitivity and you can change settings for physical buttons on the tablet and stylus. Basically, you just have to uninstall your old Wacom tablet drivers and install the Cintiq drivers.

WEKR communicates wirelessly with a USB receiver so you will need a USB port on your tablet. And if you only have one USB port and want to use other USB devices, you'll probably need to get a USB hub.

The WEKR is well built, sturdy and feels solid. It's pricey but it's made to reflect that price.

There are 17 shortcut buttons on the remote. Buttons are firm and give an audible clicking sound when pressed. And each button is designed with little details so you know which button you're pressing even if you're not looking at them. For example, some buttons have a small dot or horizontal bar raised up, others have indents, and others are separated by separators. Overall, the design is well thought out.

The back is covered with rubber so it does slip easily. As it's made for the Cintiq 27QHD, there are magnets behind the rubber base so that they can stick to the screen. WEKR can also be used as an expensive fridge magnet.

It's battery powered with a non-replaceable battery that you can charge with micro-USB cables, e.g. those cables used to charge Android phones.

To switch it on and off, slide the bottom switch and you'll see a blue indicator light come on and fade away. It will auto sleep if you don't use it for a period of time. When you see the orange light come on, it's time to recharge. I've not had the time to recharge it since my first charge. But generally speaking, if you compare to wireless keyboards, those things last for weeks before requiring a charge, so I'm pretty sure WEKR will last longer.

If you look at the photo above, you can see that the finishing of the surface is quite beautiful and smooth.

At the top where the ring is, there are indicator lights that tell you which mode you're in. By mode, I mean you can be in a mode for changing brush sizes, zoom/scroll or rotation.

The ring is too sensitive for changing brush sizes. The brush size number jumps too easily. Scroll a bit with the wheel in the appropriate direction and the brush will become either too big or small too quickly. If you just want to increase the brush size by say a few points, it's easier to just use a mouse and drag the slider or type in a number. If you want to change your brush size quickly, then the ring is helpful.

There's some lag when changing brush sizes. You may have stopped scrolling the wheel, but the brush size cursor will still be moving. I'm using a powerful and fast Mac (quad-core 3.7Ghz with 16GB RAM + 4GB graphics RAM) so I don't know where that lag comes from.

For rotation and zooming, the lag is not as bad. Note that rotation function only works for software that support that functionality.

Overall, when you click on a button, things happen instantly. The only exception is the slight lag that happens when you use the ring for changing brush sizes.

Shown above are the default settings. You get that settings screen overlay telling you which button does what with a single click on the WEKR (or you can reassign that button).

Note that some commands are context based. E.g. If you don't have a touch Cintiq, then you don't need to use one button to turn on/off touch.

The buttons on WEKR are very customisable, you can set them to keystrokes (my favourite), zoom, pre-set functions, mouse clicks, OS commands (such as Dashboard, Launchpad all those things on Mac OS), Precision Mode, Settings and menus.

That's the default Wacom Screen Keys with shortcut buttons to some settings and commands. You can only click on these floating menu overlays with your stylus or mouse. I tried my finger on SP4 and it doesn't work.

If you find that 17 physical shortcut buttons are too few, you can create addition shortcuts with menus. Shown above is one of many pre-defined shortcut menus. This particular one is for Photoshop.

If you use other software, then it may be convenient to create specific menus for different software because not all software use similar keyboard shortcuts as Photoshop. I find it helpful to create one for Illustrator and Medibang Paint Pro which I use more frequently. If you do photo editing a lot, you can even create a menu for Lightroom.

These menu shortcuts are more useful for tablet users because you'll save a lot of time by not having to go deep into software menus to access that certain command that you use frequently.

Overall, it performs well as a remote with shortcut buttons. It's responsive with the only downside being the slight lag with the ring for changing brush sizes.

It's a convenient device for tablet artists who don't want to bring a keyboard and prefer a more compact device that can still act as a shortcut device. If you need such a device, go for it. It performs as expected and in a very satisfactory manner.

Pros and cons
+ Works on Mac and Windows
+ Works on Cintiqs, Intuos Pro and Intuos non-Pro
+ Works with all software because it's independent of the software you use.
+ Well built and very compact
+ Buttons are very customisable
+ Battery lasts long
+ Micro-USB charging
+ Auto-sleep function to conserve battery life and switches on instantly
- Not bluetooth so it requires a USB port for the wireless receiver.
- Ring is too sensitive and has lag when changing brush sizes

The price is higher than a Logitech K810 keyboard. If you need a compact device, then the Wacom Express Key Remote is still the more obvious choice. If you don't mine lugging around a portable keyboard, the K810 is fantastic.

You can check out more reviews from these Amazon direct links below:
Amazon.com | Amazon.co.uk | Amazon.de | Amazon.fr | Amazon.it | Amazon.es | Amazon.co.jp

Unfortunately, its price much higher in European countries.

Thank you for writing the awesome review!
I decided to give it a shot, despite knowing there are driver compatibility issues between Huion and Wacom (in Windows).
Turns out Wintab (pressure sensitivity function) can only handle one driver at a time.
It worked when I installed the Wacom driver first, and installed the Huion driver after.

Not compatible with dell canvas. Both the canvas pen driver and the express key remote driver fail. There is a video by lawrance can draw though wherre these are shown to be compatible. It works for a while but then fails spontaneously.

@shubham
Yes you can.