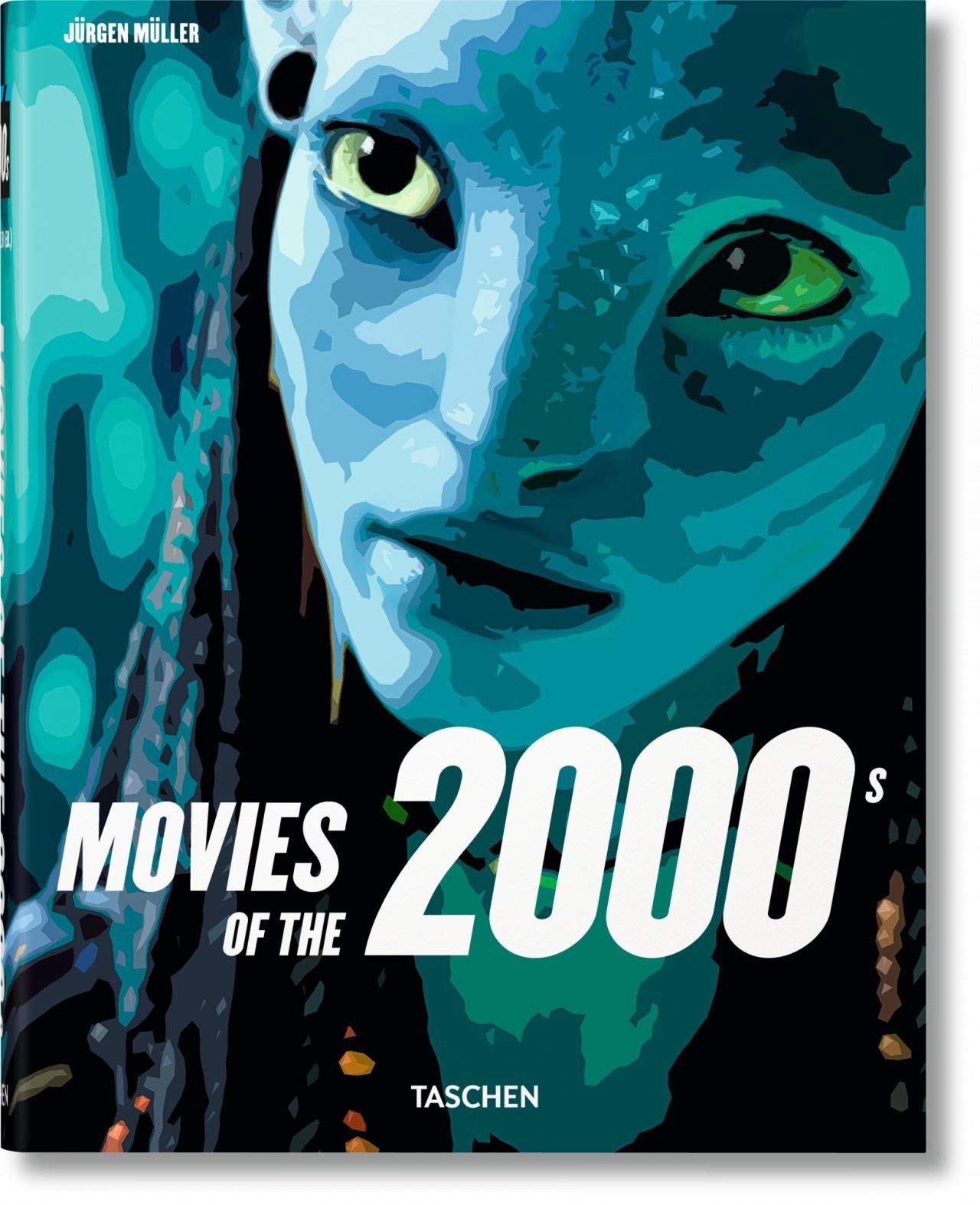 Book description and pictures from Taschen:

Our groundbreaking movies by decade series continues with this new volume dedicated to the most interesting and important films made in the decade since the turn of the millennium.

A decade characterized the rise of a new era in global politics and technology, the 2000s were most notably marked by September 11, 2001 and the ensuing wars in the Middle East, as well as the explosion of social networking and mobile computing. This comprehensive volume covers an inspiringly broad range of titles made during a unique period in history, from the fantastical special effects masterpieces Lord of the Rings, Inception, and the 3D film Avatar; to entertaining fare such as the Bourne action films, the Harry Potter series, Moulin Rouge, Borat, and Inglourious Basterds; socially and politically conscious cinema including Hurt Locker, Babel, Bowling for Columbine, and City of God; and art-house standouts such as Brokeback Mountain, Mulholland Drive, Dogville, Talk to Her, No Country for Old Men, and Black Swan.

If indeed we are approaching the end of cinema—it can be argued that the 2000s were the last decade of cinema as we knew it, before technology altered it beyond recognition and the movie theater was superseded by the computer screen—then this study is both a celebration of moviemaking and an elegy for a soon-to-be-lost art.