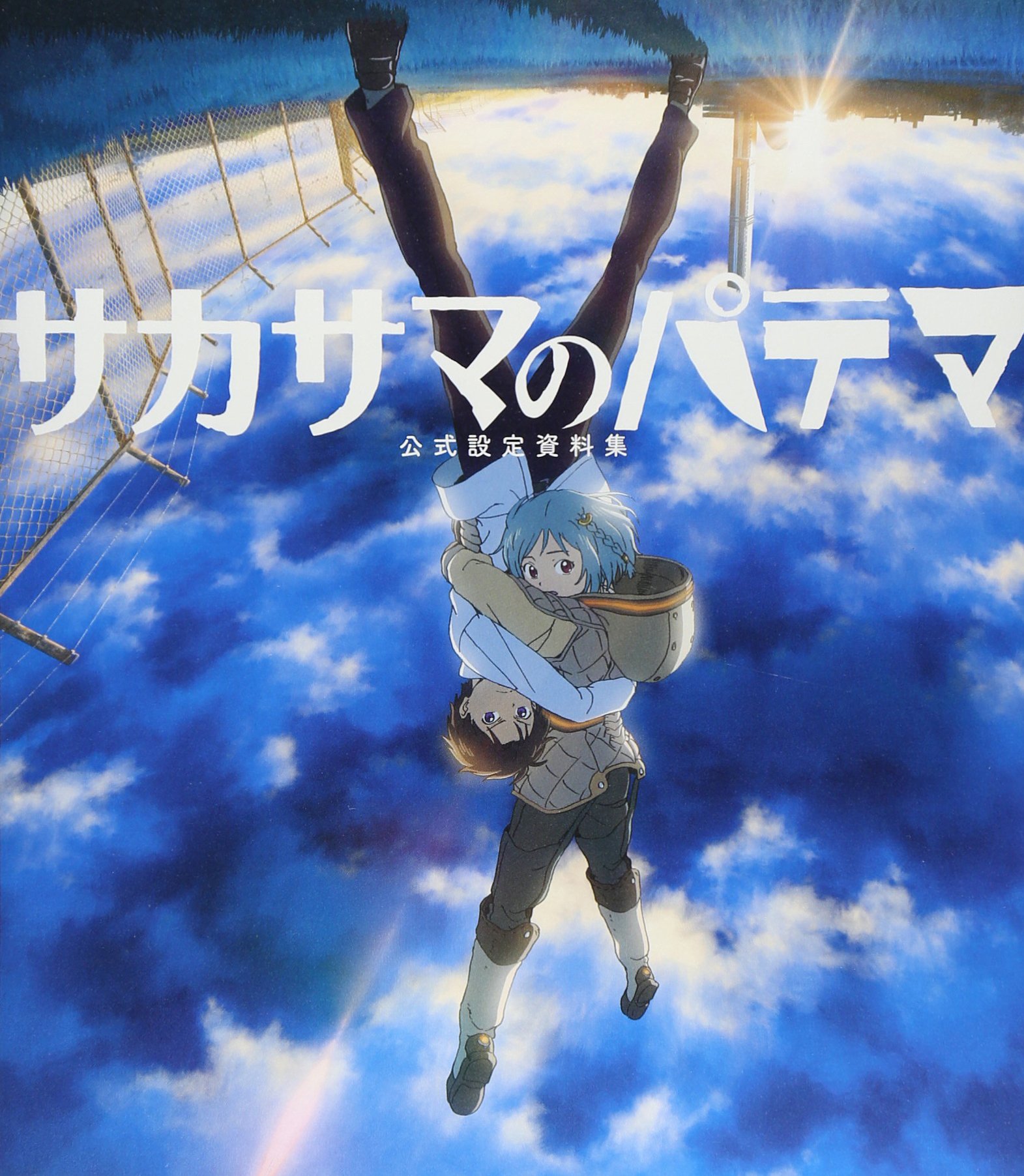 Patema Inverted (サカサマのパテマ) is a Japanese anime film directed by Yasuhiro Yoshiura (吉浦康裕) that was released in 2013.

サカサマのパテマ 公式設定資料集 is the official design companion for the film. It's 136 pages.

There are plenty of (Japanese) commentary throughout which I feel is the highlight of the book if you want to learn about the design and making of the film. And because of that, this book would probably appeal to those who have already watched the film.

Here are direct links to the book:
Amazon.com | Amazon.co.jp | CDJapan.co.jp