Book description and images are from Fantagraphics:

Johnny Ryan’s transgressive masterpiece Prison Pit has been the talk of altcomics circles since its debut in the summer of 2009. But before Prison Pit, Ryan garnered a considerable following via his one-man humor anthology (which doubled as a one-man War Against Political Correctness), Angry Youth Comix. Take a Joke collects many of the best stories from this inimitable series as well as many strips created for the wildly-popular Vice magazine, to which Ryan has contributed for years.

Unlike Ryan’s previous collections, which focused on very short stories, Take a Joke spotlights several of the artist’s longest humor pieces to date, notably: “Graveyard Goofs,” in which Ryan’s hapless antiheroes Sinus O’Gynus and Loady McGee exhume the corpse of the recently-deceased Santa Claus as part of a Top Secret experiment, fantasize an orgy with a collection of anthropomorphic condiment bottles (resulting in an unwanted pregnancy), and end up in Hell; “Boobs Pooter’s Jokepocalypse,” starring a coprophiliac version of Godzilla who destroys the world with hilarious jokes and crazy pranks; and “The World’s Funniest Joke,” a 24-page masterpiece that makes The Aristocrats look like a Nora Ephron film.

All this plus Cheesburg Chase, Omletta DuPont, and “The Day The New Yorker Came to Town”, plus a handy index to help you find things like "ass angels," "s'mores crucifix" and "Yeti-tit earmuffs." 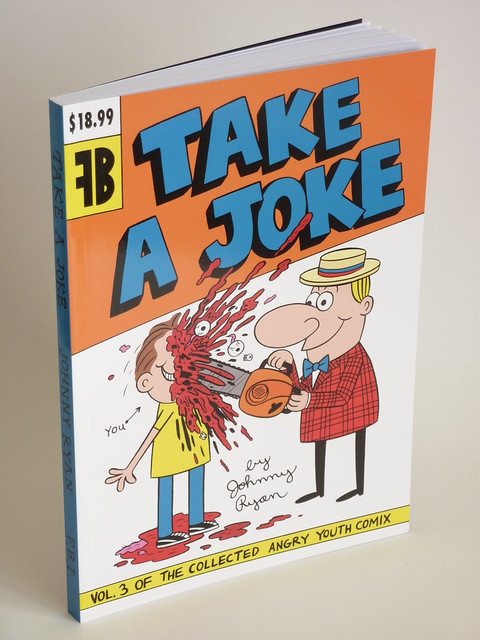 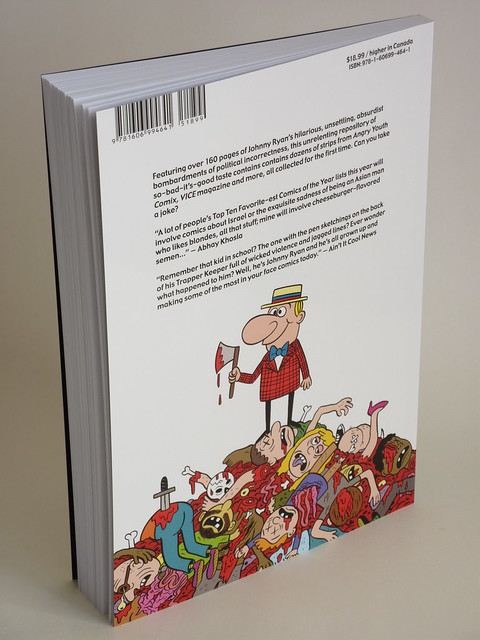 The front and back covers are great. 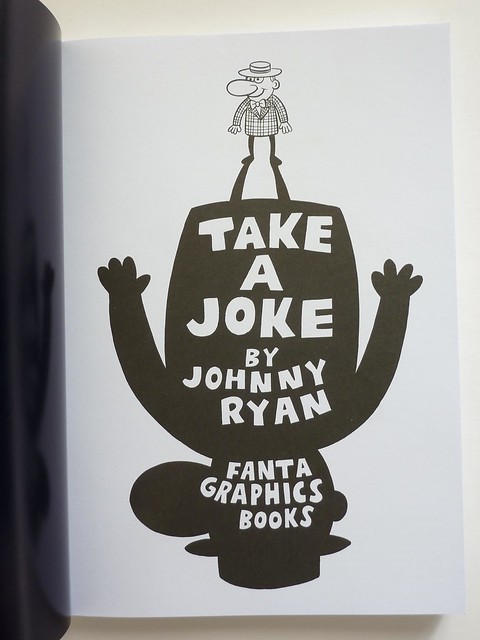 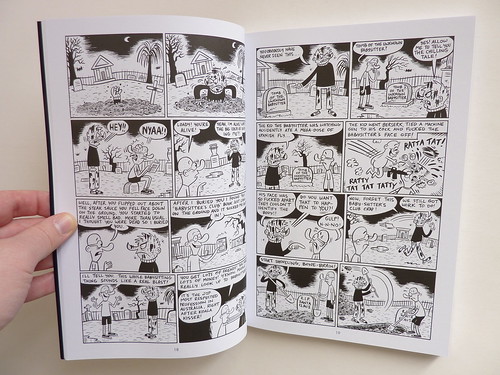 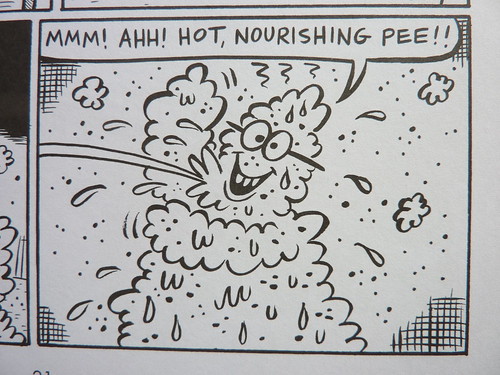 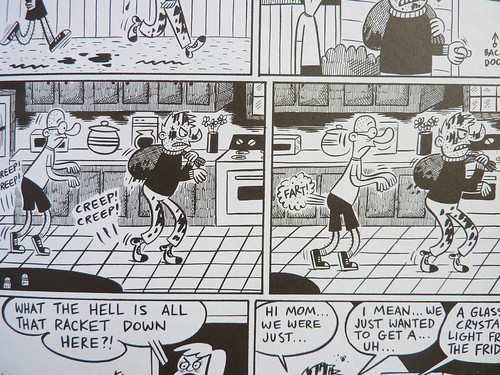 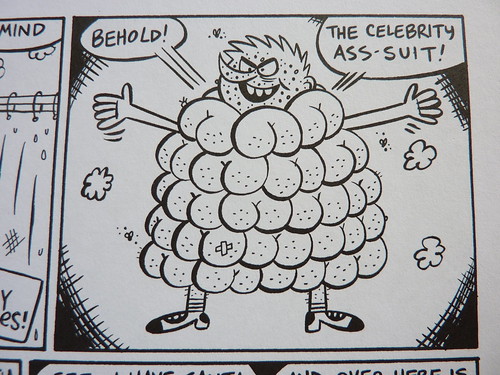 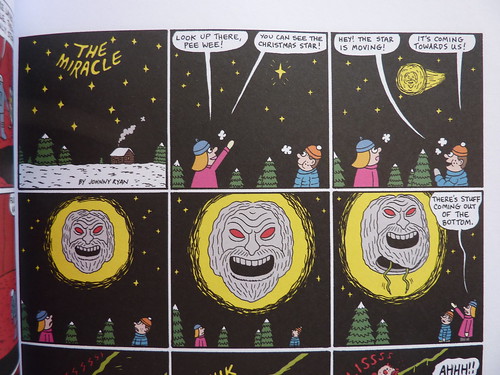 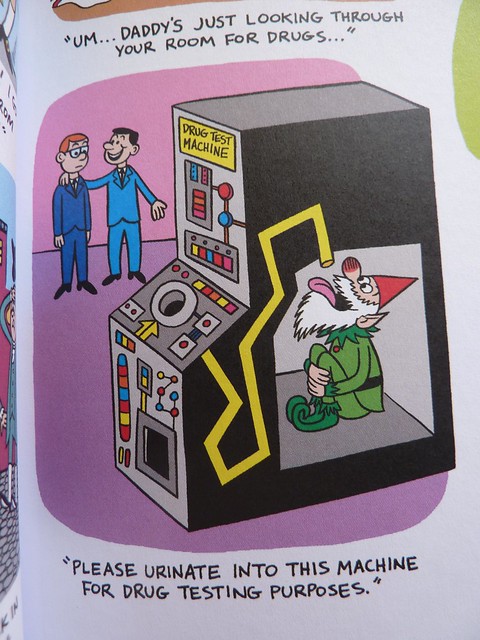 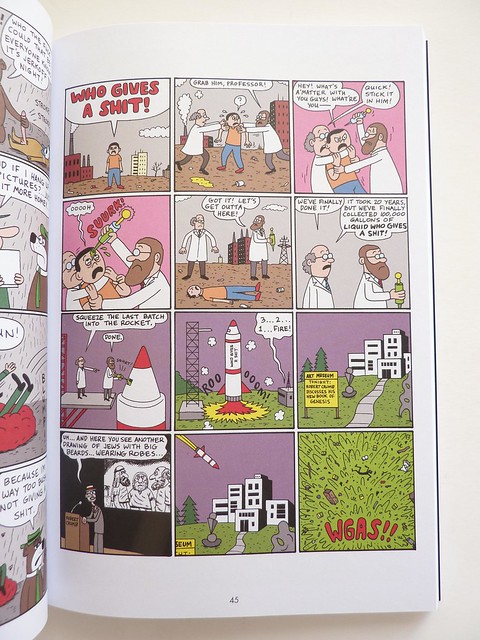 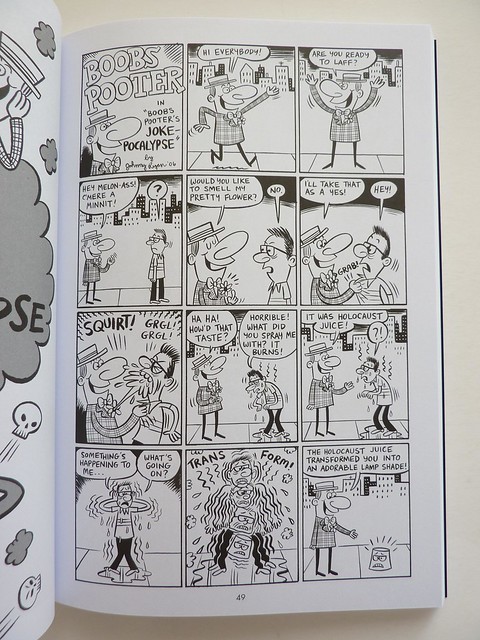 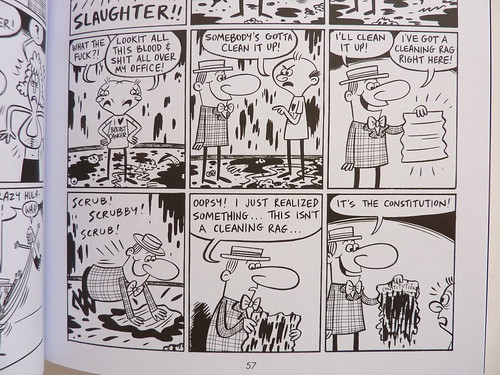 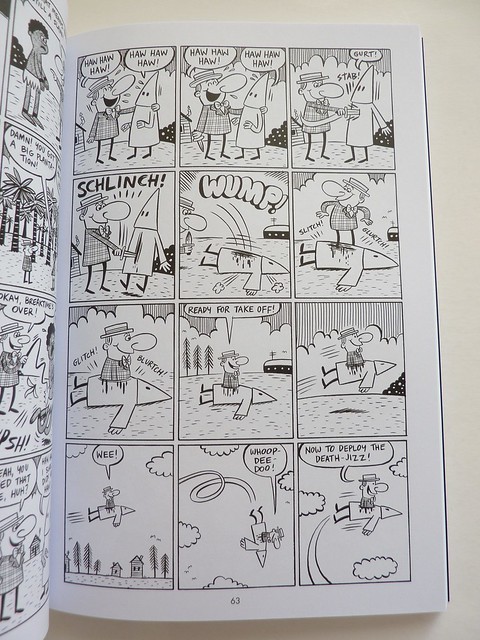 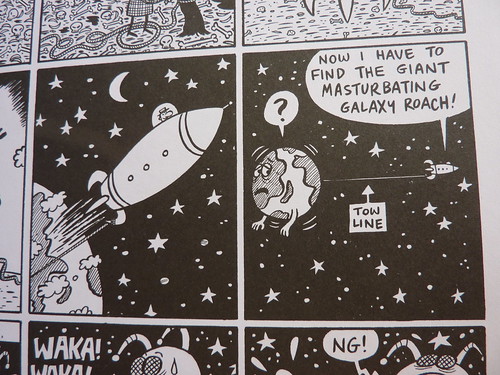 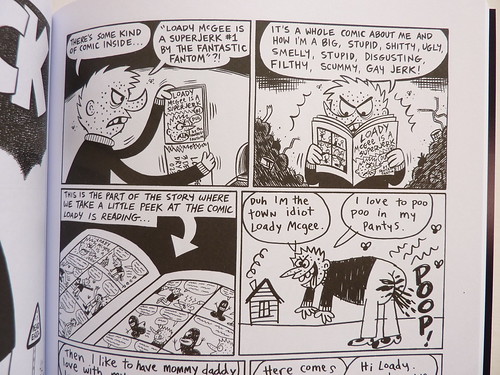 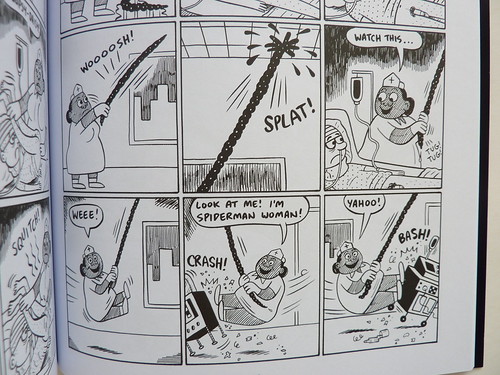 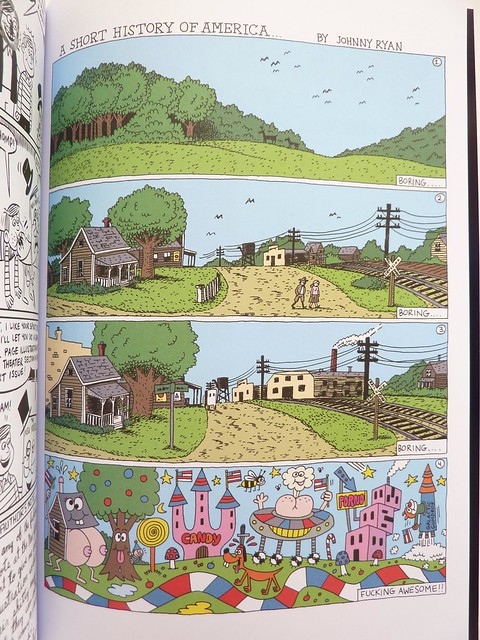 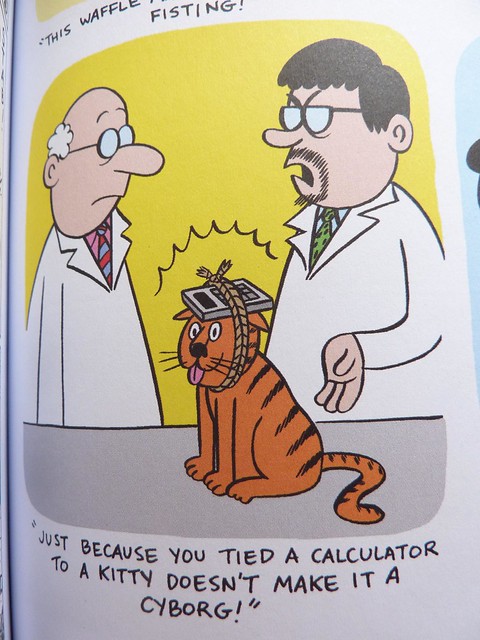 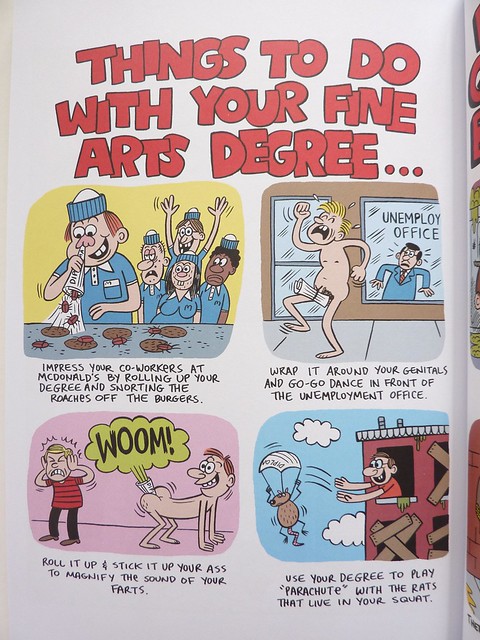 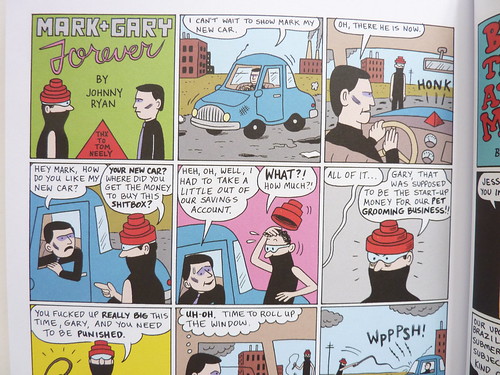 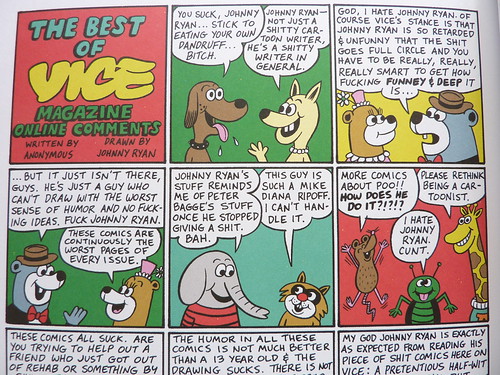