Book description and pictures from fantagraphics.com:

and & Fury is a story of blood, of sex, of death — of sound and retribution. It opens as a girl by the side of a desert road accepts a ride from a stranger. How could she know that behind that wheel sits the angel of death?

Of course, even the angel of death once had a life. During that life, death was a successful business woman, with a great career and an even greater future. It’s true she could be a little cavalier with her innate gifts; she had, after all, broken the heart of everyone who had ever loved her.

And then, one day, the monster entered the woman’s life and changed everything forever.

Inspired by the work of filmmakers like David Lynch and Dario Argento and cartoonists like Richard Sala and Charles Burns, a spiritual cousin to Roman Polanski’s Repulsion and The Tenant, Sand & Fury is at once an homage to those classic horror sources and a contemporary romantic thriller, drawn in a stark, chiseled, expressionistic line that evokes modern attitudes and classic terror at the unknown and unknowable.

In Sand & Fury, Ho Che Anderson has done what I would have previously regarded as impossible. He’s found the illegitimate child of Faulkner and Lovecraft buried alive in a paranoiac’s terrified vision of the desert of the American Southwest... in a grave uncovered by the shriek of his own degenerate perversion of a banshee, for fuck’s sake. – Howard Chaykin

Anderson’s blocky figures and Expressionistic use of caricature are augmented by processed period photography, an approach that calls to mind the minimalist abstractions of Frank Miller. The characters are frequently depicted in high-contrast shadow, wherein features become flattened and skin colour is often difficult to determine. The resulting aesthetic is striking and symbolic. — The Guardian 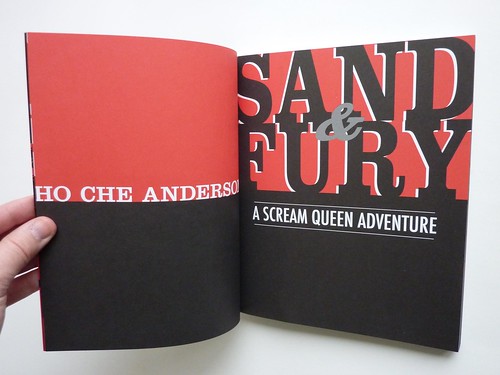 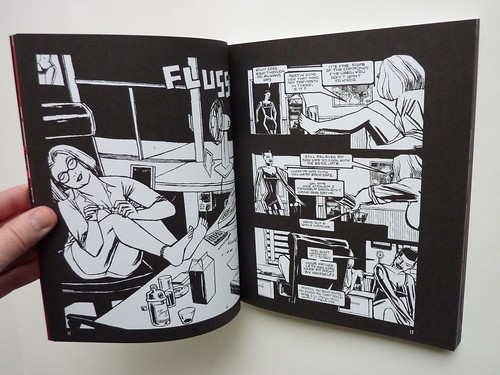 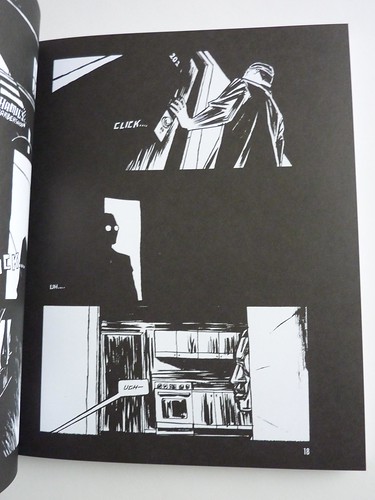 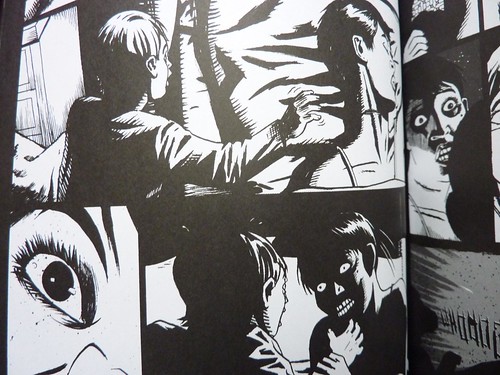 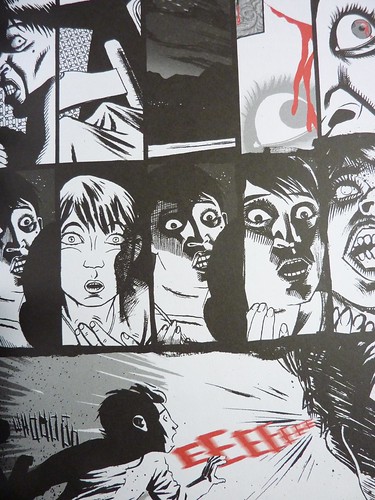 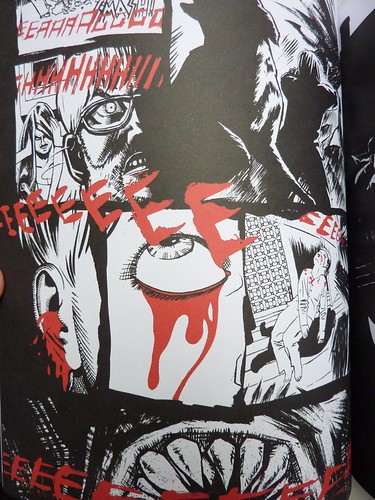 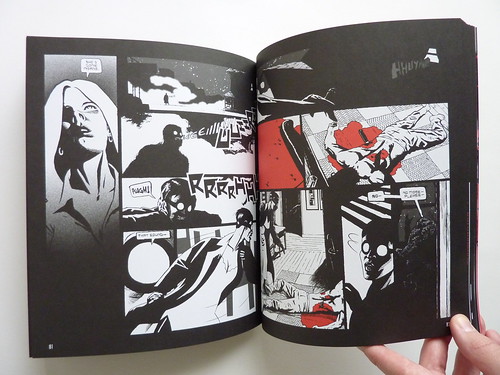 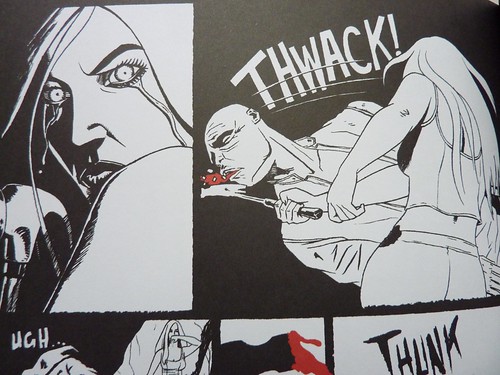 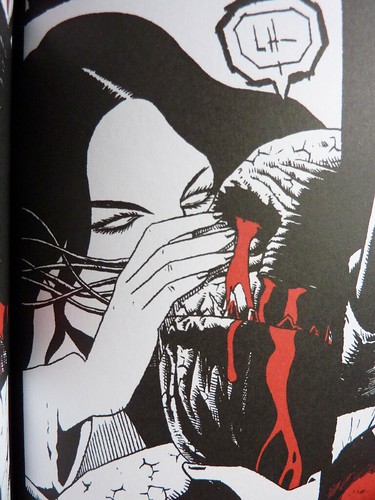 Visit the link beside to read more reviews on Amazon. If you buy from the link, I get a little commission that helps me get more art books for review.