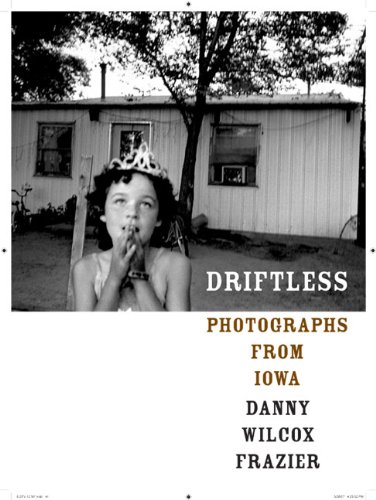 The Hawkeye State not really revealed

The idea has merit: to capture the feel of a changing Iowa, with the relentless agri business taking over the individual farms, small towns built up over decades on many of the State's crossroads now disappearing, their inhabitants, having either worked on the land or in local industries but now drifting away. This is an opportunity for a cracking photo story.

What I see in these pages, though is an aimless series of poorly cropped and framed photos, frequently with fuzzy shapes and just far too many lopsided horizons and uprights. Oddly, very few seem to be (visually) unique to Iowa, they could just as easily have been taken in other Plains' states.

For this kind of reportage style you have to go back to the FSA photos of the Thirties and there is a book devoted to the State: Unknown Iowa: Farm Security photos, 1936-1941 Unfortunately it was very poorly produced by a Kalona, Iowa, printer in 1977. However the sixty-seven photos by Lee, Rothstein, Vachon and Post Wolcott beautifully capture the feel of the people and the land. They clearly have a sense of place and tell a story which I felt was more or less missing from Frazier's contemporary look at Iowa because his photos are too personal and subjective (and I wonder if he takes them quickly, too).

The book is reasonably looking production with the eighty photos printed as 175 screen duotones on an excellent matt art paper. Unusually the book was printed in Britain rather that the US or China. The publisher thinks a Foreword by Robert Frank might give the publication some credence but he writes less than 130 words. Perhaps more relevant would have been some observations from Danny Frazier.