Here's the first of the series of interviews with art creators. There are many talented individuals at STGCC 2013 but I didn't have time to look all their work. With this series, I hope to introduce some of them.

1. Can you introduce yourself and the work you do?

My name is Adeeb. I work as an animator at Ubisoft Singapore by day. I just finished working on Assassin's Creed IV: Black Flag, where I was mainly responsible in creating the underwater animations for the main character. However, in my free time I am the sculptor known as HairyAsHell (facebook | deviantart) working on custom statues for clients and creating my own characters.

2. Can you tell us about The Thunderous Lightning?

The Thunderous Lightning (TTL) is the 2nd character in the series that me and my friend Keatopia introduced last year with the The Unseen Darkness (TUD). The series was inspired by modern DC superheroes and Greek mythological gods. As TUD was inspired by Batman and Hades, TTL was something we knew we would eventually design as a cross between Superman and Zeus. Once we are done with the initial concepts and posing, Keat would do the final designs on the details of the character, while I would start the sculpting process.

Keatopia sketches for The Thunderous Lightning

Just like TUD, Keat also did an accompanying illustration for TTL. Pencils were done by Keat and colored by my friend Kobe. We also released a sketchbook at STGCC that the various design sketches of the two characters and shows some of the storyboard panels for the upcoming action comic.

The character took about a month and a half to sculpt and then about a couple of weeks to mold, make resin casts and paint. The light up LED feature on his chest was a concern but I was able to figure out the wiring and positioning (battery easily replaceable) quite easily. Molding and casting can be unpredictable at times and sometimes the castings didn't' come out as clean as I had hoped, so I had to do some additional polishing to the castings before painting.

3. What tips would you give people who are interested in turning their own characters into something physical.

I think the most important thing about sculpting is to know anatomy. It really helps to know anatomy no matter what kind of character one wants to sculpt, be it as simple as an anime character or a muscle bound superhero. So I'd recommend a lot of figure drawing and anatomy studies before starting out. Although simpler stylized characters can be done without anatomy knowledge. Sometimes its just best to get your hands dirty and start fiddling with the clay. 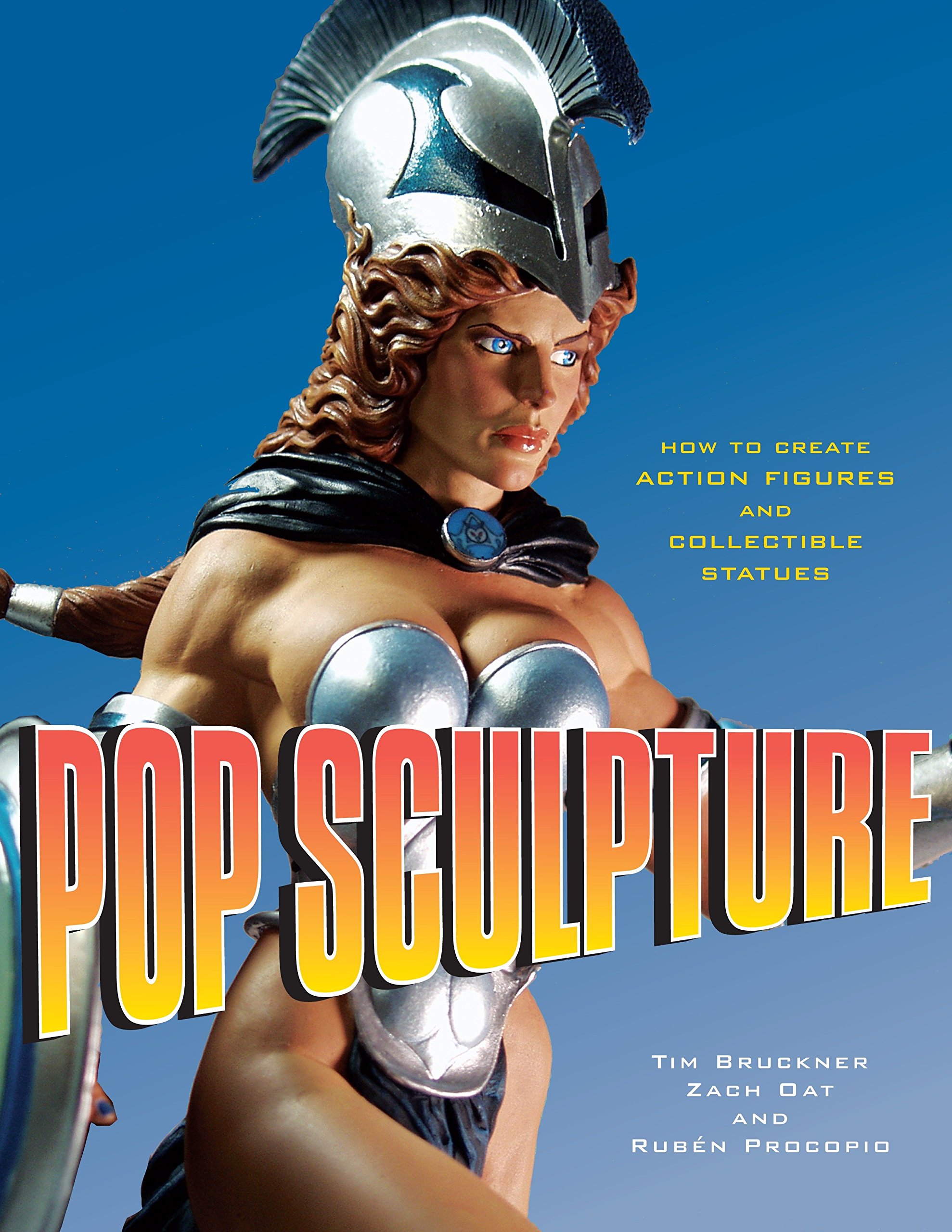 I am entirely self taught so the internet was and is a great resource for learning. Also, , the book Pop Sculpture by the legendary (recently retired) Tim Bruckner really helped me a lot. Its a great book for anyone interested in venturing into sculpting. I also have to mention the awesome Stan Winston School. Their video streams are the best out there and was crucial in my growth as an artist.

4. How do you balance your work at Ubisoft and spending time to create your own projects?

To put it simply... less sleep. I enjoy both my professions so I spend as much time doing them as I can. Although when its crunch time at Ubisoft, I get to spend less time at home on my sculptures. And thankfully I have a supportive wife who is also sort of my manager on the sculpting side of things. She helps me during conventions and does QC on my projects from time to time.

5. Which other artist or creator should we feature?

I would obviously have to recommend my buddy Keat cuz of my constant collab with him to create the series of TUD and TTL. We have a lot more coming. Also, my other friend Keh Choon Wee, who is also an upcoming local artist. Both of them inspire me a lot!

Wolverine vs Sabretooth by Keatopia