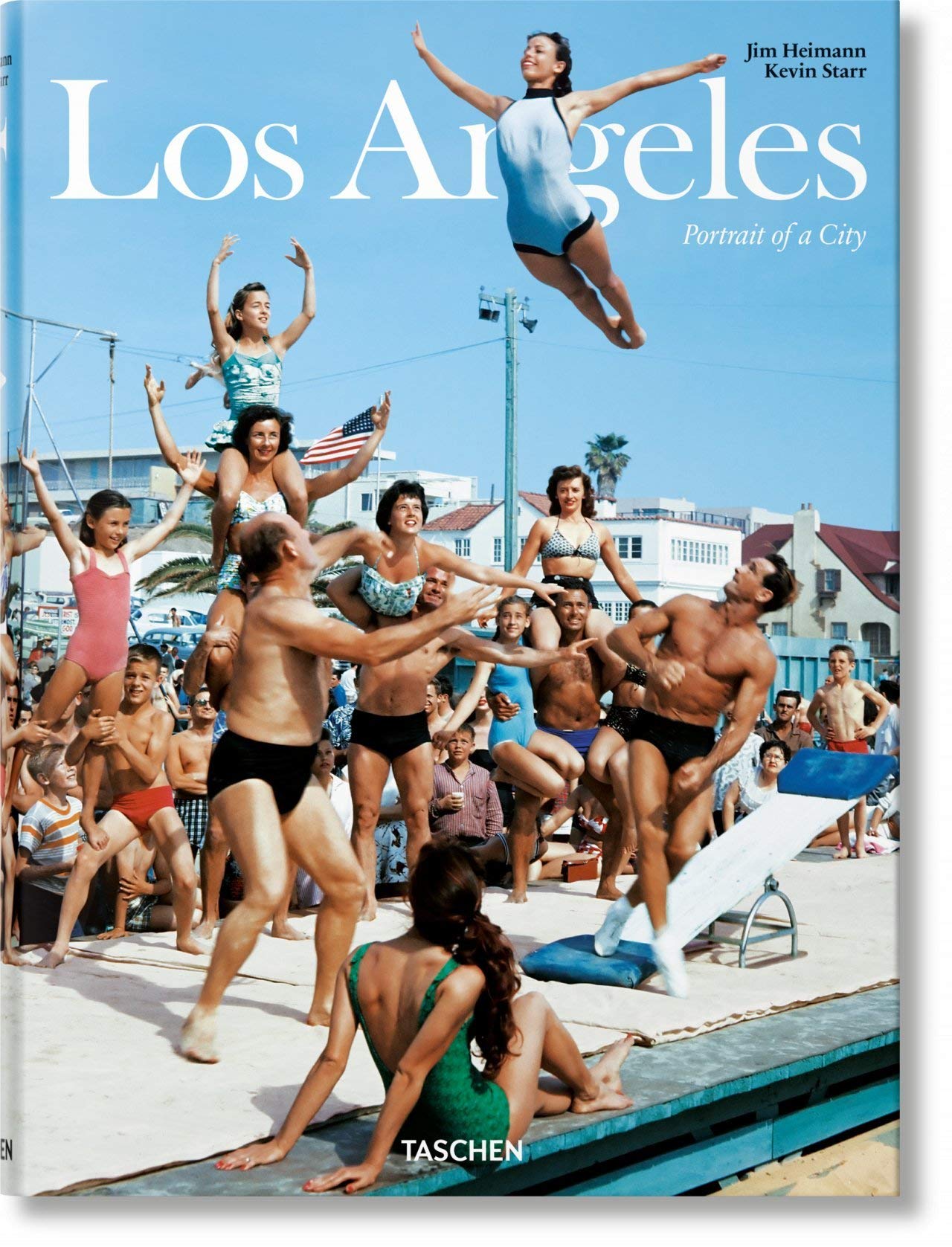 At last, the city at the end of the rainbow gets the Taschen treatment: a large, chunky, 570 page, visual history. This is more than just an ordinary picture book though because so many of the photos, after the Thirties, have been taken by named photographers (there are biographies of thirty-nine of them at the back of the book) and it's the mixing of their work and anonymous photos that I thought gave the book a special feel. Another interesting theme reflects the creativity of the city with the use of quotes from well-known historical books and movies that appear throughout the pages, nicely with a graphic of the jacket or poster.

Having looked through the pages a few times it does seem amazingly comprehensive. The seven chapters run from 1862 to the last photo in 2005. Each starts with a several hundred word overview followed by a spread with a period map then by captioned photos. Cultural, political and sports personalities, architecture (including street scenes plus industry) and historic news photos are the dominant themes and I thought the selection was rather impressive, there doesn't seem to be any image that would make me say "Just why is that one included".

What I really love about the book is its big page size. Pin-sharp photos from before 1940 are frequently run over a spread and look terrific as do news photos from later decades (all printed with a 175 screen). Tying in with the historical book and movie links throughout the book the back pages carry a recommended list of viewing, listening and reading material that sum up this intriguing city.

A slightly similar photo book of Los Angeles but with images selected from the last few decades which might be worth checking out is Looking At Los Angeles, with many of the same well-known photographers as Jim Heimann's book.

Simon's drive-in on Wilshire, 1939. Throughout the book there are wonderful large photos like this.

Grauman's Chinese on Hollywwod Boulevard in 1929.

Left: what could symbolize LA better than Welton Becket's Capitol Tower at night.

Right: a shop on Hollywood Boulevard,1950

Unfortunately all gone. The thirties craze for dotty buildings.