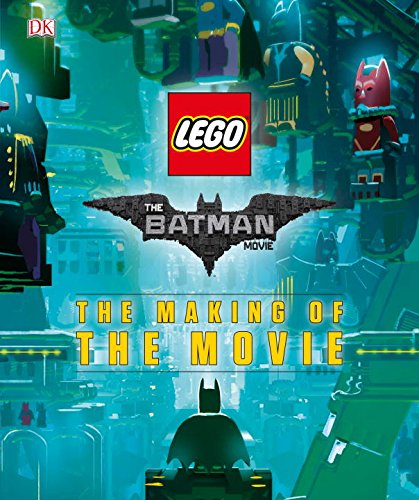 I actually enjoyed this book tremendously more than the movie itself. I'm not sure if there was any book for the first LEGO movie but I'm glad they have one for LEGO Batman.

This 200-page hardcover is published by DK so we can expect the usual attention to details and beautifully laid out pages.

The book starts off with how the movie was made. It covers the whole process such as planning, scripting, to production design, rendering and post production.

My favourite section is the rest of the book where they show off all the characters, sets and designs. It's wonderful and sometimes hilarious to see how the whole world of Batman being transformed and built by LEGO bricks.

You'll get to see all the different sets such as the Wayne Manor and its Jokerized form, Batcave, Gotham City's streets and architecture, orphanage, Arkham Asylum, Fortress of Solitude and more. There are artworks as well as the final 3D renders.

The characters are the funniest, especially Batman. Remember the scene where there are all those alternative Batman suits from the extensive wardrobe? They are included here and they are hilarious. There are of course other characters, namely Joker, Alfred, Barbara and Jim Gordon, Robin and all the villains and their vehicles. Talking about vehicles, all those things that Batman told Robin not to touch are also included. This whole movie is no doubt created to sell merchandise but I've to give it to the designers, they do make these toys look appealing and fun.

It's a fantastic book. It should appeal to both LEGO and Batman fans.